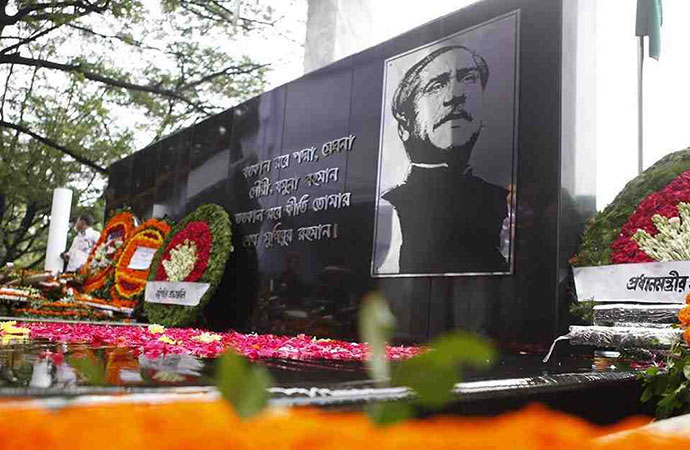 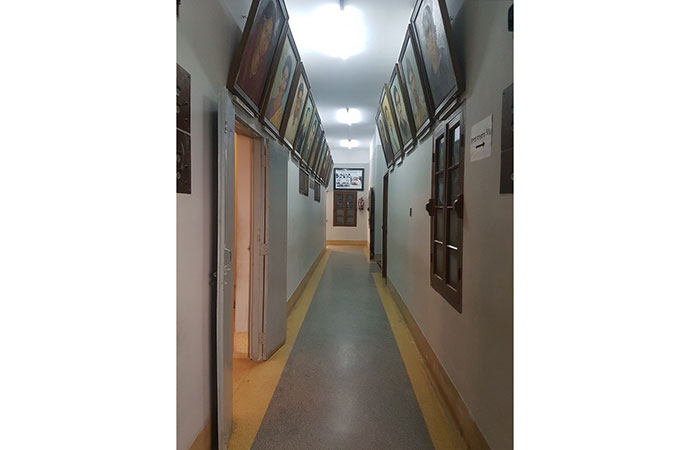 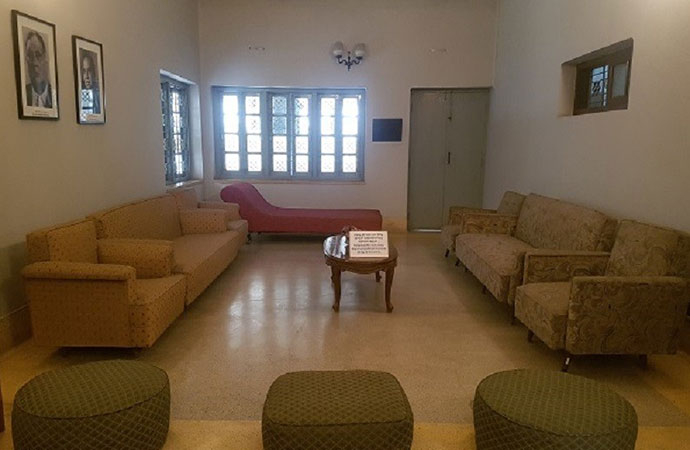 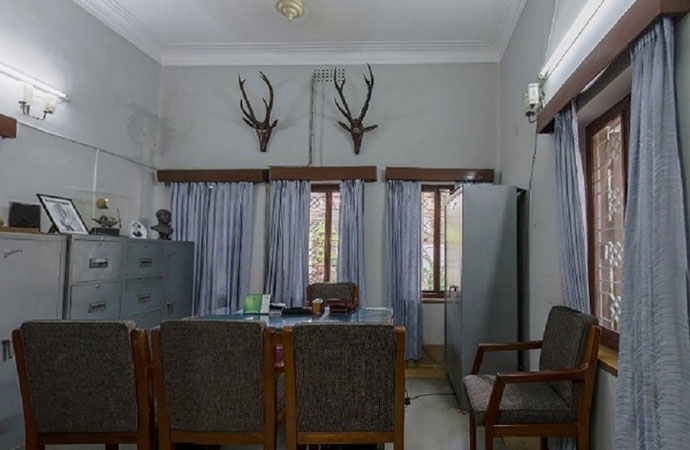 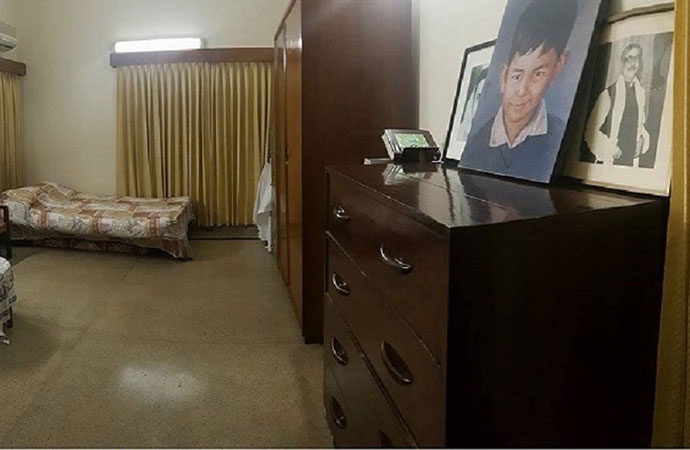 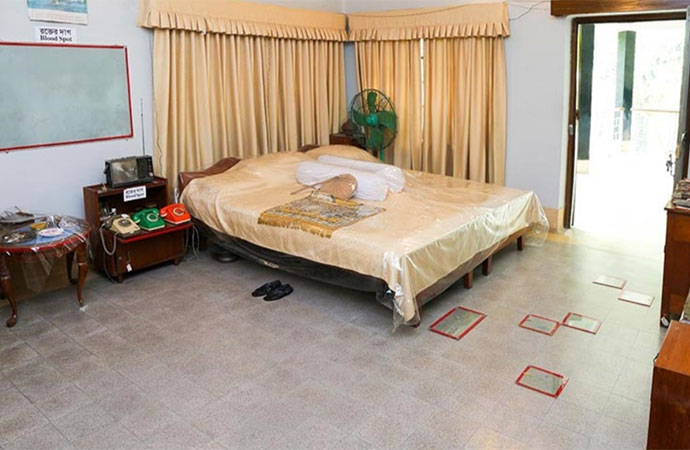 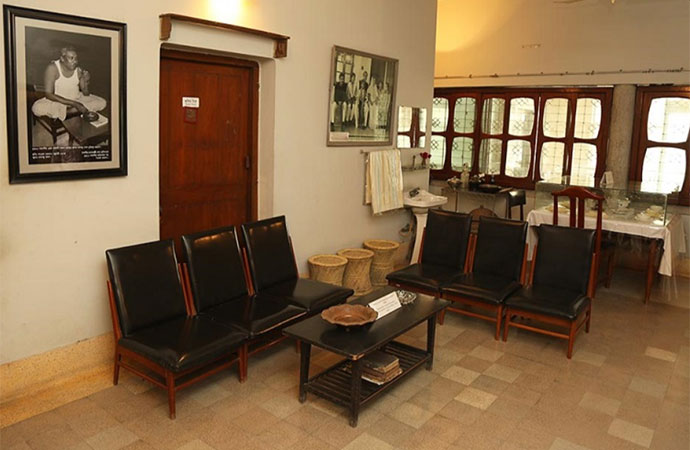 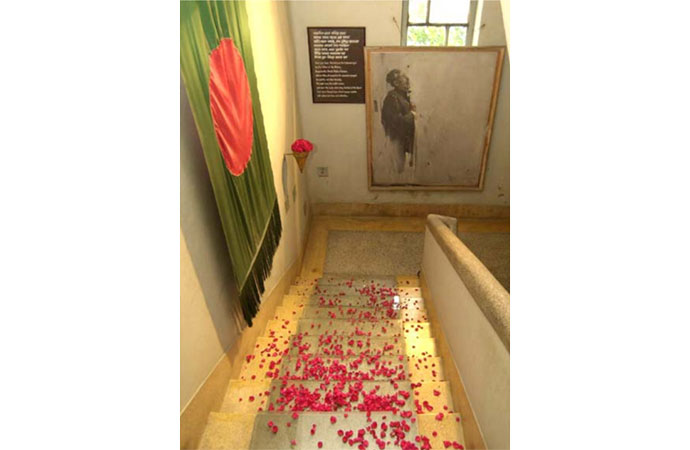 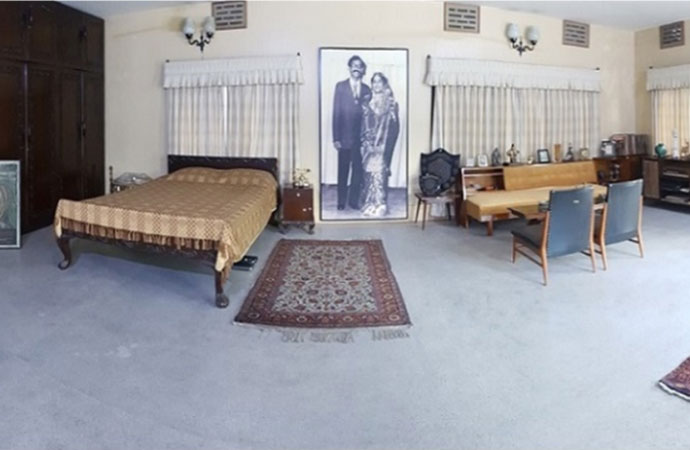 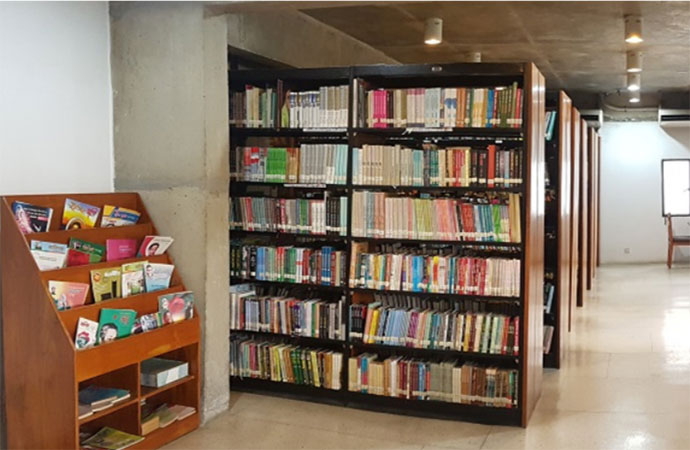 Father of the Nation Bangabandhu Sheikh Mujibur Rahman and his family started living jn what is now Bangabandhu Bhaban in Dhanmondi Bottrish Number (denoting Rd #32) since October 1, 1961. After the atrocious carnage of August 15, 1975, this house was captured by military authority until 10th June 1981.

Later, the two remaining daughters of Bangabandhu (Sheikh Hasina and Sheikh Rehana) regained their family residence and inaugurated this house as "Father of the Nation Bangabandhu Sheikh Mujibur Rahman Memorial Museum" on August 14, 1994.

The rooms of this house were mostly looted by the killers. The reminiscent furniture and accessories used by Bangabandhu and his family members can introduce you to their ordinary lifestyle. And the post-violence photographs will remind you of the violent killing mission that occurred on 15 August 1975. Let's know some details about this museum.

A long corridor connects the office room to the sitting room on the ground floor. The main staircase of this home is joined to the corridor with a front-facing door. Walking down the stairs, Bangabandhu Sheikh Mujibur Rahman used to reach the office room and sitting room via the corridor. Now the eastern and western walls of this corridor are displaying the portraits of the deceased family members of Bangabandhu along with some other guests who were brutally assassinated in this home on August 15, 1975.

Interestingly, this room was used as a salon. Sitting in this room, Bangabandhu Sheikh Mujibur Rahman used to make important decisions after meeting central leaders of the party, professionals, famous leaders, and ordinary people. This salon became remarkable as the breeding ground of significant political activities, including the 1962 anti-education movement, the historic 6-point movement of 1966, the mass upsurge of 1969, the successful elections of 1970, and the non-cooperation movement of 1971.

Since the 7th March 1971, the Bangalee nation was guided by the Father of the Nation Sheikh Mujibur Rahman from this room. With a cyclostyle machine installed in this room, Bangabandhu used to send messages to the people of Bangladesh, chief party leaders, and various newspapers.

In this library, Bangabandhu used to keep books of famous writers and novelists. This library has a telephone set on the south side close to the door. Standing on that place, Bangabandhu Sheikh Mujibur Rahman announced the freedom of the Bengali nation. This declaration was transmitted through wireless, telephone, and telegrams throughout Bangladesh.

When this home was suddenly attacked by the violent killers, this library was also trembled by the bullets. Still today the bullet-pierced books of this library are holding the gory signs of the brutality that happened on the dreadful night of 25 March 1971.

This room is located on the north-east side of the ground floor. Sheikh Hasina and Sheikh Rehana used to live in this room, when Bangabandhu's family started living in the home (1 October 1961). Bangabandhu's youngest son, Sheikh Russel was born in this room at 1.30 pm on October 18, 1964. After the construction of the 1st floor of this building, other relatives used to stay in this room. Bangabandhu-daughters (Sheikh Hasina, Sheikh Rehana) and other relatives visit this room to pray for the departed souls.

This room is located in the northeast of this home. The eldest daughter of Bangabandhu and current Prime Minister of Bangladesh, Sheikh Hasina started living in this room since 1966, after completion of the construction work of the first floor of this building. On 15 August 1975, the assassins also shattered this room with bullets. This room is locked now and not yet opened for the visitors.

Even today, the walls and furniture - such as dressing table, desk table, reading table, betel vase, etc - of this bedroom display the blood-spots and the bullet marks thrown by the assassins. In this room, a letter has been preserved which was sent to the address of Bangamata.

Locating on the first floor, this room consists of a dining space along with a family sitting room. Bangabandhu Sheikh Mujibur Rahman and the other family members used to eat food on the dining table placed near the entrance of this room. Here Bangamata used to serve food to Bangabandhu, and other members as well as guests.

The regular dining accessories - such as Jugs, glasses, plates, teacups, spoons, knives, etc - used by Bangabandhu and family members are still lying in this food table. In this room, some other objects are kept for display including Begum Mujib's hand-made pickle jar, Sheikh Russell's favorites two cycles, coke bottle, a tin containing some raw rice, etc.

In the family meeting room, the Father of the nation used to sit, watch TV and talk with the family members. A dark-skinned television (from old Citizen Brand) is still standing on the southeast corner. In this room, the marks of bullets are still visible as a witness of the merciless assassination on 15 August 1975.

This room was used as a small warehouse in addition to storing the cooking equipment. Begum Mujib seldom used this room for heating food, preparing light breakfast, or serving Tea. The storeroom was connected with the main staircase and the drawing-room. This room is not open to visitors.

Wet Stairs with the Bangabandhu's Blood

Sheikh Kamal, the eldest son of Bangabandhu, used to stay in this room. He sometimes practiced music sitting here. The assassins killed Sheikh Kamal in the office room. And Kamal's newlywed wife Sultana Kamal Khuki was murdered with the other members of the family in the bedroom of Bangabandhu. Violence is still seen on the accessories like glasses, plates, and spoons kept beside the table next to the bed.

In this room, the dressing table and cosmetic materials of Khuki are kept for display. Sheikh Kamal's setar, keyboard, soundbox, song recorder, sport-medals, certificate, shield, etc are also kept for visitor's display. There is a bullet sign on the window of this room.

In this room, Bangabandhu Sheikh Mujibur Rahman used to speak with chief leaders and held meetings with dignitaries and foreign guests. A showcase placed in this room displays some gift items like Bangladesh maps, national symbols, small boats, Shapala, Hilsa fish, etc given by different political parties, organizations as well as general people. Though the entrance of this room is not yet open for the visitors, the interior is visible through the windows.

Here Bangabandhu Sheikh Mujibur Rahman used to study alone. As the room was calm, the children of the house used to study in this room during their examinations. Sometimes, Bangabandhu used this room for official purposes. This room preserves a pen of the Father of the Nation, some books written by native and foreign writers, two telephone sets, hand-written manuscripts of Sheikh Kamal, and some toys of Sheikh Russell. This room is not yet open for the visitors, but they can view the inner space through the windows.

In 2011, a library and research center was inaugurated on the fifth floor of the extended building. Enriched with more than 10000 books and Archival Materials, this library and research center can serve a reference for research initiatives on Father of the Nation Bangabandhu Sheikh Mujibur Rahman. The books of this library have been classified according to the Dewey Decimal Classification system. Visitors of the museum can study in this place from 10 am to 5 pm.

How to Reach Bangabandhu Memorial Museum

The museum is located on the former residence of Father of the Nation Bangabandhu Sheikh Mujibur Rahman and his family. The place is situated in the Dhanmondi 32 (old) or 11 (new) area, 12 no Road in Dhaka City, the capital of Bangladesh. This museum is simply referred to as 'Dhanmondi 32'.

What to Know Before Visiting Bangabandhu Memorial Museum

The Bangabandhu Memorial Museum is currently run by the state. Visitors are not allowed to carry food, cameras, phones, and bags inside the museum. The museum is closed on Wednesday every week. For the rest six days, this place is open for visitors from 10 am to 6 pm.

During the pandemic situation, it may not be possible for everyone to visit this museum physically. Do not worry! You can visit Bangabandhu Memorial Musem virtually. Click on the link below to take a virtual tour throughout this museum.

Journey of a devout and empathetic artist: Monirul I ...