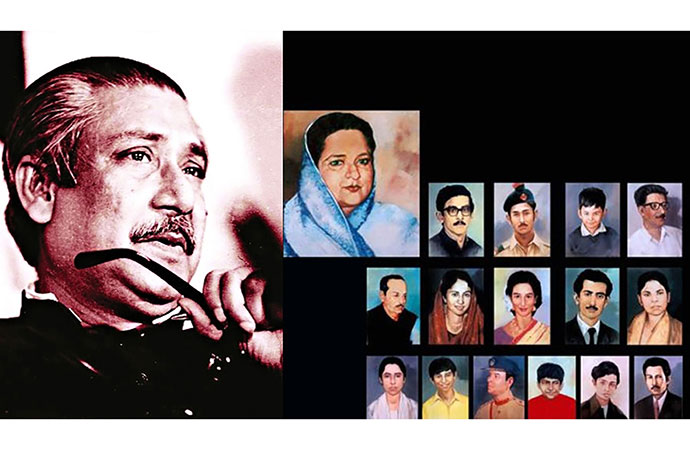 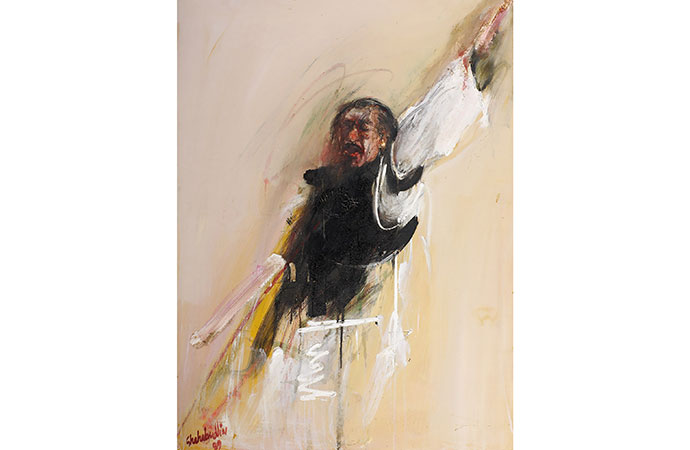 "...Once again, a storm of blood is rising/ Mujib, the great patriot/Sprawled on the ground in the pool of his own blood/ Clad ...in a red coat decked with bullets/The cursed slaves to imperialism have waged genocide/... it's the story of Hussain against Yazid / O courageous comrades! Beware of Yazid/ If you unite, they'll lose..." The Urdu poet, Mir Gul Khan Nasir (1914-1983), popularly known as 'People's poet of Baluchistan' wrote a wonderful elegy on Bangabandhu Sheikh Mujibur Rahman at the Central Jail Mach on 29 August, 1975 fourteen days after Mujib's assassination. A good many poems have been written on Mujib at home and abroad after his death, but I don't know, if such a brilliant poem on the dastardly killing of the Father of the Nation has been written in any language(s) other than Bangla. The poet tells the tragic story of a national hero who gave his people their long-cherished independence from the chains and shackles of a petty imperial rule, and was ruthlessly killed by some infamous army personnel who were the slaves to their foreign masters. Nasir's poem on Mujib's killing and its consequences are tremendously relevant until now. We still can have the feel of the August tragedy by reading the poem.

It is really a cruel tragedy that, the man, who appeared as the saviour of a people has been so ruthlessly killed only three and a half years in his own country by his 'own' people. Almost the whole family, except for Mujib's two daughters, perished in a monstrous carnage that appeared in the form of a coup by some disgruntled army officers let loose by a few power-hungry politicians. The marauding killers went on a rampage and shot dead almost every member of his family: The Mujibs, their three sons, two newly married daughters-in-law, Mujib's brother Sheikh Nasser, his nephew Sheikh Fazlul Haque Moni along with his pregnant wife Arzu Moni and many others. Even the innocent child Russel could not escape the wrath of the killers. The Greatest Bengali of All Time, Mujib himself was killed by bullets in his chest at the turn of the stairs. Unguarded, the founding Father of the Nation was gunned down in the month of August!

The tragedy of Mujib's death multiplies when we get to know the harrowing facts of his burial at his native village of Tungipara on August 16, 1975. Although all dead bodies were transported to Banani cemetery for burial in unmarked graves, Mujib's body was buried far from the capital city for, the killers did not want his graveyard to be a place of pilgrimage. One Major Haider Ali was ordered by the then DGFI to perform the responsibility of Mujib's burial to be completed in a couple of hours since it would be dangerous to fly the helicopter after nightfall. The burial rites of the greatest son of the soil were performed most expeditiously at gun point. A bucket from a nearby cow-shed was used to fetch water from a tube well for the purifying bath. The soap used for this purpose was a cheap bar of laundry soap. There was no clean white cloth to be used as a shroud. Three pieces of sari were brought from the nearby Red Cross hospital to be used as a makeshift white shroud after trimming the red borders. A hurried janazah (the funeral prayer) was held where about 25 people took part. Mujib's body was lowered to the grave beside his father's. The notorious major and his military escort were able to fly to Dhaka before dusk. Thus ended the life of the Father of the Bengali Nation and the Greatest Bengali of all times!

This terrible killing of Mujib is one of the biggest tragedies in human history. We consider this August 15 pre-dawn killing as 'August tragedy'. The grief is so profound that it makes the whole nation feel orphaned. It was the biggest loss for us as a nation. As a matter of fact, after Mujib's assassination, the spirit of our Liberation War had been grossly vitiated; democracy was trampled under military boot, the Constitution was dissected to suit the vested interests' book and the practices of secularism and human rights were throttled. On the contrary, were fostered autocracy, communalism, and anti-liberation elements. So, August tragedy is, on one hand, a tragedy of losing the architect of the nation, and a tragedy of losing our national ideals on the other. After the assassination of Mujib and the four national leaders - Syed Nazrul Islam, Tajuddin Ahmed, Captain (Rtd.) Mansur Ali and A H M Quamruzzaman in jail, the pro-liberation stance of the country started stumbling around in the dark alley of reactionary rulers and regressive beliefs. In consequence of this impasse, the anti-liberation forces bagged power in alliance with the beneficiaries of Mujib's murders. Not only that, they paved the way for the capture of the country by the religious militants. People however were rescued from the situation by Mujib's daughter Sheikh Hasina through the resurrection of the true ideals of our Liberation War and those of Mujib, the Great Leader.

The killers and conspirators of Sheikh Mujib were tried and given capital punishment after Sheikh Hasina had assumed the responsibility of the Government. Mujib dead is stronger than Mujib alive. His dreams of a secular civil society, of a non-communal country, of his beloved 'Sonar Bangla' are not to evaporate. The people of Bangladesh are now trying under the dynamic leadership of the heir to Bangabandhu's blood and politics, Sheikh Hasina to realize his dreams.

The poet Gul Nasir too agrees. The elegiac tone of his poem turns into a rock-solid promise to fight the enemies of the motherland for now and always. It concludes with a note of hope that the 'night of terror' would be over. The sacrifice of leaders like Mujib will not go in vain. As he put it, "Don't get afraid, O Warriors! Don't stop / Even though the path is rugged and full of thorns / Mujib's blood shall, by no means, go in vain / It's just a test of the firmness of the patriots/ It won't last; this night of terror won't be long / Even though it's at times dark and foggy / Nasir sees clearly, with his heart / The victory-flag is flying in the wind." Mujib is the lighthouse of hope for the Bengalis and shall continue to be. There's no stopping the eternal Mujib.

1.
Becoming Bangabandhu
2.
Bangabandhu He was a natural...
3.
Brig. General Jamil: A profile in duty and courage
4.
The Unforgettable Col. Jamil

Foods that weaken your immune system

Russia claims to have taken fu ...

Russia claimed to have captured Mariupol on Friday in what would be it ...