Journey of a devout and empathetic artist: Monirul Islam turns 77 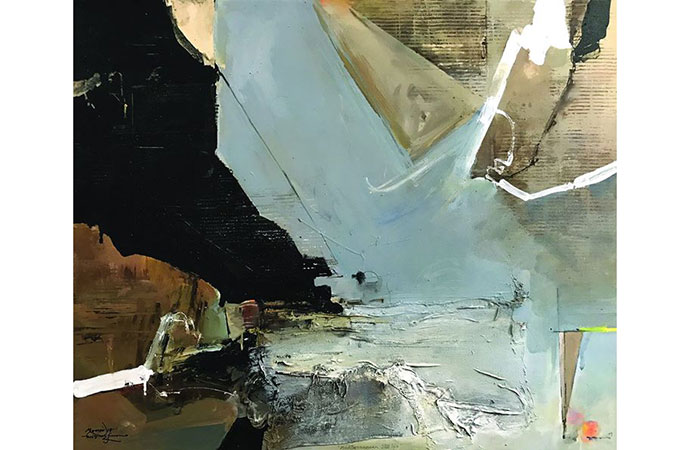 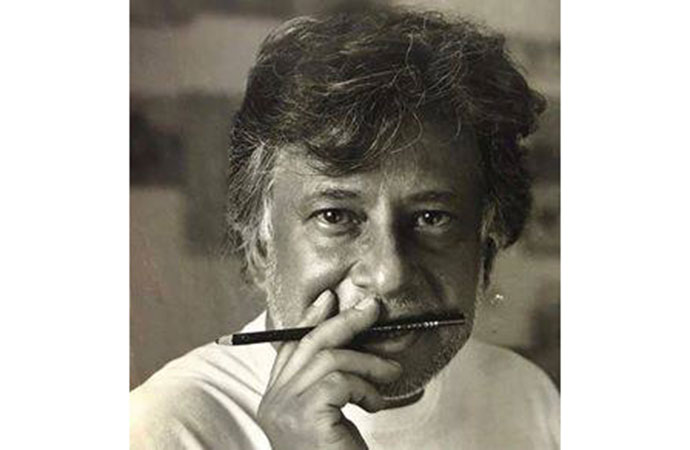 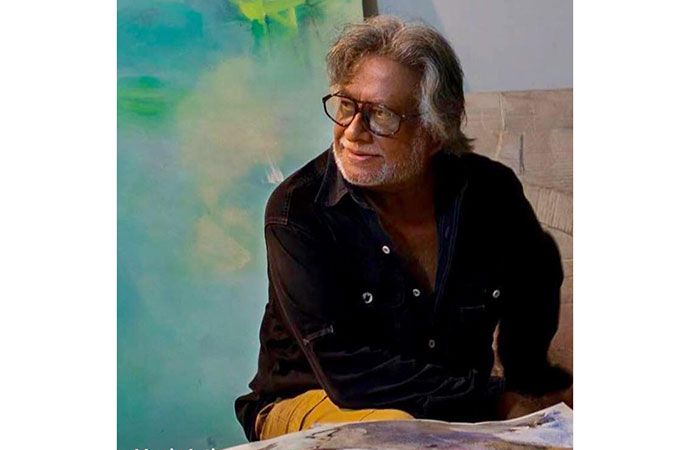 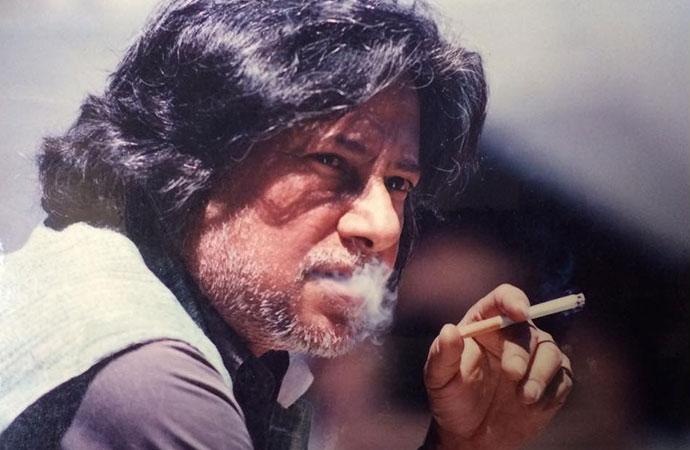 The outstanding career of Monirul Islam is one of the most influential artists of the twentieth century of Bangladeshi art. His individual stylistic innovations and technical phenomenon fundamentally altered the concept of abstract art and affected the art of next generations of many younger painters in the country. His vast oeuvre encompasses printmaking (as diverse as etchings, linocuts, lithographs, and aquatints), painting, watercolour, drawing, mixed media, collage and more. This is undeniably truth that he has introduced a new language and technique for printmaking in our country. He has explored many aspects of the medium and it has been emerged into refreshing look by his skilled hands. As an earnest printmaker, his immense contributions will be made him immortal in our sub-continent.

Monir now divides his times in both cities--- Dhaka and Madrid and he vividly marks his presence simultaneously in both cities. A workaholic and captivating character, Monir is always creating the offbeat with phenomenal élan. By inventing novel composition, forms, technique and exploring different themes, he has acquired a distinguished position in the art scenario of both countries. In his kaleidoscopic journey of fifty years in art, Monir has developed his unique style, which is known as "Monir's School" in Spain.

It has been neatly observed that Monir always tries to hold the consistent personality to his artworks. He has a great fascination for using local pigments in his paintings. In Madrid, the artist spent two years for Fresco (a painting on wet plaster. When the plaster dries, the painting is bonded to the wall. Fresco was a popular method for painting large murals during the Renaissance). Fresco, the medium helps him to convince the mood of colour and assist him to properly comprehend its variations.

Making ground or backdrop is very important for him. For Monir, paintings seem like a barren land where he cultivates tenaciously for producing reaps. Even he meticulously observes the weather of both cities which is very much connected to his using of materials, papers and canvas. He also keeps in mind about the different aspects of weather--- moisture, humidity, thickness of air when he has used the materials. Monir has a great allure for using defective and ordinary papers. The paper supports him to come across diverse forms, lines and textures which help him to rediscover his creativity. The materials' rough texture and rutted surface give him some advantages to render his desired images. Most of the time, the paper provokes him to create something extraordinary which he cannot imagine. His images portray sometimes an open space, friendship between hues and forms, symbolic articulation, surrealistic imagery, geometric lines with blurred composition, pure forms and many more. His relationship with geometric abstraction has made him one of the pioneers of abstract painting in our country. Some of his works feature scribbles and clean compositions -- articulating fantasy, longing and melancholy.

Some of Monir's canvases are occupied by different sized shapes and amorphous forms (some are imprecise and some are very distinct), articulating romance, yearning and melancholy. Presently the artist has made a collage---using different sizes of newspapers which he pasted on the canvas as a part of his continuous experimentation. Then he has worked on them with acrylic, oil, hand colour, pencil and other mediums to portray varied surrealistic and symbolic images, which feature elements of surprise, perplexity, unanticipated juxtapositions and vague forms.

Monir's collages are meticulously executed and have opened a new window of visual experience for the viewer. He is very much precise and balanced in his use of acrylic shades and lines. Acrylic provides more flexibility and creative freedom than any other type of paint. He has experimented with techniques and materials and brought them to a happy osmosis on paper or canvas. Sometimes it seems he is more conscious about space and forms. The forms lend a contemplative quality to his works. Presently, in his works forms synchronize consciously with colours, spaces and compositions in a somewhat cognitive prefiguration.

Monir symbolically portrays nature and its mysterious phases through his personal notion, experience and thought process. The abstraction in his works comes naturally as he has adopted a unique language for his own way of expression. His collages are chronicles of his inner feelings and intense observation of his living space, life and reminiscence. His manipulation of forms, scattered drawings and polished brush strokes create a language simultaneously natural and contrived. His palette swings between mellow and bold, strokes between rugged and controlled conjuring up a visual playground for joy and ecstasy.

Over the years, Monir hugely works on (as medium) paper used in boxes of sweets and corrugated board (collected from Old Dhaka) which helps him to find a dramatic impact, reveal his desired illusion and fantasy as well as explore new image which he doesn't intentionally create. After settling in Spain, Monir started using paper, which he views as a mysterious medium. It enables him to place the complexities of life before the viewers from a different angle. He makes his own paper, as it provides the inexplicable feel that has inspired him. The artist always feels that grimy, pitted paper inspired him more than fresh white paper.

Monir's specialties are delicate lines and the balance between use of space and composition. Use of space is an important aspect of his paintings and the artist likes to work with unusual forms and shapes -- transforming them amazingly into tangible expressions. An admirer of nature, Monir tries to replicate colours and harmony prevalent in surrounding environment through his works. The space that is found in his works is aptly related to the perspective of the themes. In his compositions, the artist uses doodles, sharp lines, dots, tiny motifs and a lot of symbols.

Monir is always driven to explore something new. It breaks monotony for him and he believes art can be enriched through changing mediums. Each medium has a special feature, which demonstrates individual light, tone and space. As part of experimentation and developing new demonstrations, Monir has used oxide colours, smoked black, different types of soil, coffee, marble dust, brick dust, burnt ground rice, acramin and natural pigments. The painter has used special glue that bonds the materials. One remarkable feature of his works is that he has pasted paper on canvas in a number of his works. Then he has worked on them with acrylic, oil, hand colour, pencil and other mediums to portray varied surrealistic and symbolic images, which feature elements of surprise, perplexity, unanticipated juxtapositions and vague forms.

As a skilled watercolourist, Monir has always done watercolours, which primarily focus on the lucid shades and washes. In the late 1960s, Monir emerged as an accomplished watercolourist, with studies mostly of life on land and water. In 1969, when Monir was only 27 years old, he went to Spain on a scholarship. For nine months, during his studies there, the artist worked on murals and frescos and won an award from the Spanish government. This allowed him to stay in Madrid for another year. During that period, he studied Goya's paintings and tried to comprehend the significance of light, colour and composition. Before settling in Spain, he did a few graphic works in Dhaka to get an idea of the method. Spain drew him into the enchanting world of etching, to which he later submerged his artistic faculty to gradually come out of his impressionistic tendencies and concentrate on different contemporary issues. That was a turning point in his life.

Reflection on an experimentalist – who was also logi ...