US President Joe Biden opened his first visit to the Mideast 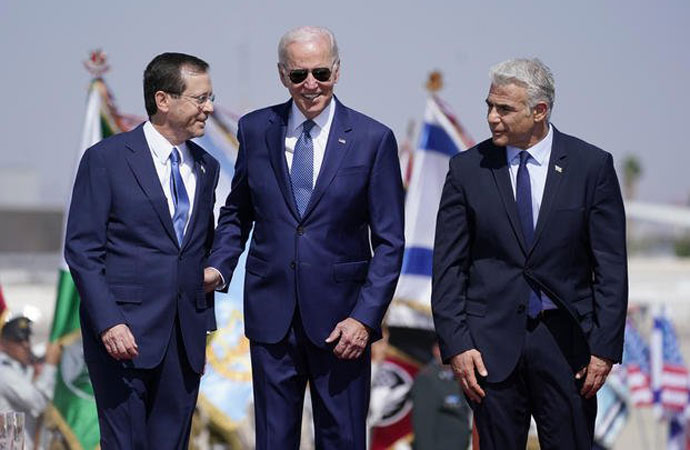 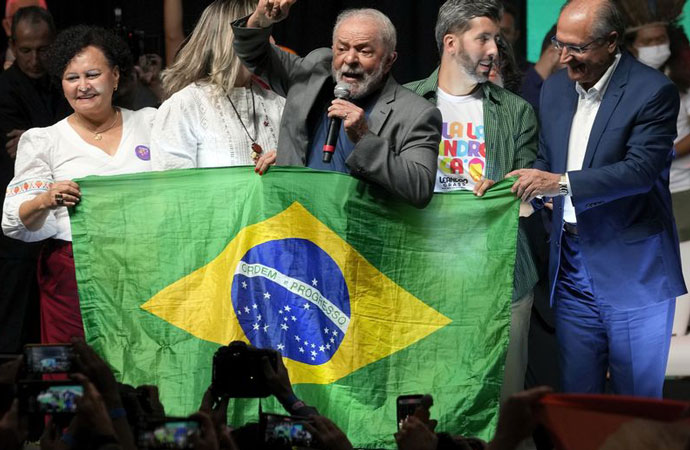 US President Joe Biden opened his first visit to the Mideast since taking office by offering anxious Israeli leaders strong reassurances of his determination to stop Iran's growing nuclear program, saying he'd be willing to use force as a "last resort." The president's comments came in an interview with Israel's Channel 12 taped before he left Washington, and broadcast hours after the country's political leaders welcomed him with a red-carpet arrival ceremony at the Tel Aviv airport. Israeli leaders made clear as they marked Biden's arrival that Iran's nuclear program was the top item on their agenda.

Biden said he will emphasize in talks with Israeli and Palestinian leaders his continued support for a two-state solution to the Israeli-Palestinian conflict, but acknowledged that outcome likely wouldn't be feasible "in the near term." His national security adviser, Jake Sullivan, said Biden would not offer any proposals during the trip aimed at restarting talks.

Ukraine's foreign minister said grain exports from his country's ports won't resume without security guarantees for ship owners, cargo owners and Ukraine as an independent nation. Military officials from Russia and Ukraine held their governments' first face-to-face talks in months this week. They met in Istanbul to discuss a United Nations plan for getting blocked Ukrainian grain to world markets through the Black Sea.

Ahead of the talks, Ukrainian Foreign Minister Dmytro Kuleba said any agreement needs to ensure Russia "will respect these corridors, they will not sneak into the harbour and attack ports or that they will not attack ports from the air with their missiles." Kuleba also told the AP that Ukraine's military is "planning and preparing for full liberation" of Russian-occupied cities and towns near the country's Black Sea coast. Previously, Kiev said a Russian naval blockade stranded about 22 million tons of grain inside Ukraine, a country known as the "breadbasket of Europe" for its exports of wheat, corn and sunflower oil.

Two candidates were knocked out of the race to replace U.K. Prime Minister Boris Johnson, leaving six lawmakers battling to lead a Conservative Party - and thanks to their parliamentary majority, the country - hoping to move on from months of scandal and division. Former Health Secretary Jeremy Hunt and Treasury chief Nadhim Zahawi failed to reach the threshold of 30 votes in a secret ballot by Conservative lawmakers needed to stay in the contest.

The remaining contenders will now scramble to scoop up the two men's supporters in a contest that will replace the flamboyant, scandal-ridden Johnson with a more stable, level headed leader. The vote confirmed the front-runner status of ex-Treasury chief Rishi Sunak, who came first with 88 votes. And it gave a big boost to Trade Minister Penny Mordaunt, who secured 67 votes to come in second place. The MPs will forward two names to the party membership, who will get to make the final call.

Former Brazilian President Luiz Inácio Lula da Silva attended a political rally in the capital city of Brasilia wearing a bulletproof vest. After passing through a metal detector, hundreds of Workers' Party backers gathered near the stage, where da Silva called for them to remain peaceful and avoid confrontations with adversaries. Da Silva's plea this week reflects growing concerns among politicians, authorities and voters about Brazil's presidential campaign and October election.

Although the leftist Lula leads all polls to return to the office he held between 2003-2010, far-right incumbent Jair Bolsonaro has suggested he may not accept the results, while urging his allies to arm themselves - stoking fears of an attempted insurrection not unlike what his fellow demagogue Donald Trump's supporters hazarded on January 6, 2020. Earlier on Saturday (Jul. 9), a da Silva backer and Workers' Party official was shot dead by a man who, witnesses told the police, had shouted support for Bolsonaro before pulling the trigger.

The official death toll from the devastating floods