The Indian state of Karnataka shut its schools 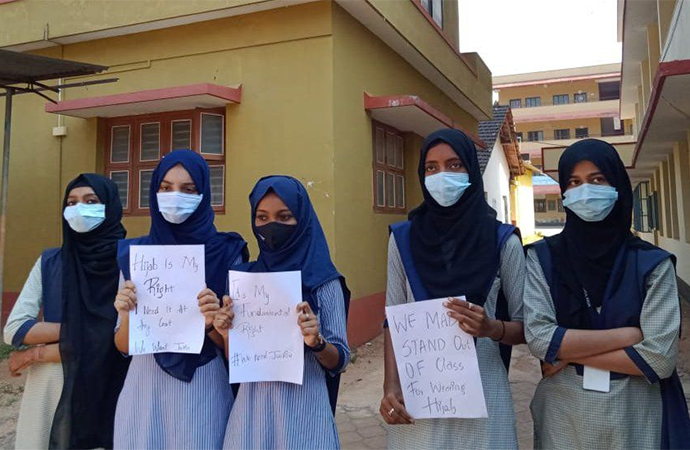 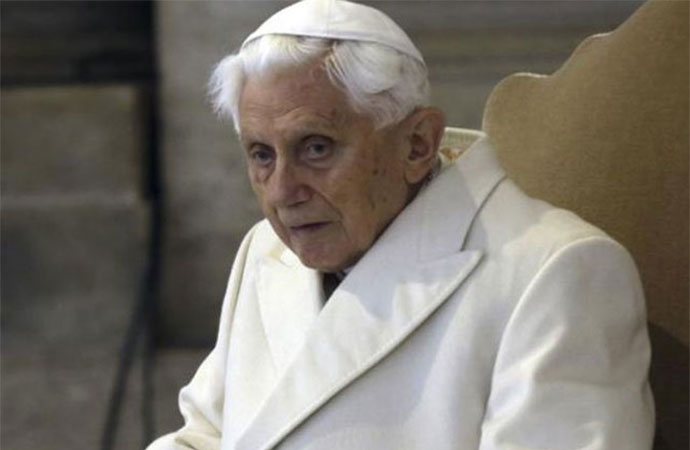 The Indian state of Karnataka shut its schools for three days after the regional government backed schools imposing a ban on hijabs, leading to widespread protests and violence. The issue began in January, when six female Muslim students staged a weeks-long protest after they were told to either remove their headscarves or stop attending class at a government college in the district of Udupi.

Last week, other colleges in the state began to enforce bans after some Hindu students, backed by rightwing Hindu groups, protested that if hijabs were allowed in classrooms, they should be allowed to wear saffron shawls. Saffron is the colour that has become commonly associated with Hindu nationalism. On Saturday, in an apparent backing of schools' right to impose a ban, the Karnataka state government directed colleges to ensure that "clothes which disturb equality, integrity and public law and order should not be worn".

The US Justice Department announced its largest-ever financial seizure - more than $3.6 billion - and the arrests of a New York couple accused of conspiring to launder billions of dollars in cryptocurrency stolen from the 2016 hack of a virtual currency exchange. Federal law enforcement officials said the recovered sum was linked to the hack of Bitfinex, a virtual currency exchange whose systems were breached by hackers nearly six years ago.

Ilya "Dutch" Lichtenstein, a 34-year-old citizen of Russia and the United States, and his wife, Heather Morgan, 31, were arrested in Manhattan and accused of relying on various sophisticated techniques to launder the stolen cryptocurrency and to conceal the transactions. They face federal charges of conspiracy to commit money laundering and conspiracy to defraud the United States. In the Bitfinex hack, a hacker initiated more than 2,000 unauthorized bitcoin transactions that sent stolen funds to a digital wallet under Lichtenstein's control. About $71 million in bitcoin - valued today at more than $4.5 billion - was stolen, prosecutors say.

Retired Pope Benedict XVI asked forgiveness for any "grievous faults" in his handling of clergy sex abuse cases, but denied any personal or specific wrongdoing after an independent report criticised his actions in four cases while he was archbishop of Munich, Germany. Benedict's lack of a personal apology or admission of guilt immediately riled sex abuse survivors, who said his response reflected the Catholic hierarchy's "permanent" refusal to accept responsibility for the rape and sodomy of children by priests.

The report from a German law firm had been commissioned by the German Catholic Church to look into how cases of sexual abuse were handled in the Munich archdiocese between 1945 and 2019. Benedict, the former Cardinal Joseph Ratzinger, headed the archdiocese from 1977 to 1982. The report faulted Benedict's handling of four cases during his time as archbishop, accusing him of misconduct for having failed to restrict the ministry of the four priests even after they had been convicted criminally.

European scientists announced a major breakthrough in their quest to develop practical nuclear fusion - the energy process that powers the stars. The UK-based JET laboratory has smashed its own world record for the amount of energy it can extract by squeezing together two forms of hydrogen. If nuclear fusion can be successfully recreated on Earth it holds out the potential of virtually unlimited supplies of low-carbon, low-radiation energy.

The experiments produced 59 megajoules of energy over five seconds (11 megawatts of power). This is more than double what was achieved in similar tests back in 1997. It's not a massive energy output - only enough to boil about 60 kettles' worth of water. But the significance is that it validates design choices that have been made for an even bigger fusion reactor now being constructed in France. Operating the power plants of the future based on fusion would produce no greenhouse gases and only very small amounts of short-lived radioactive waste.

Videographing the Aesthetics of Need

The Bangladesh and Malaysia chapters of Transparency ...