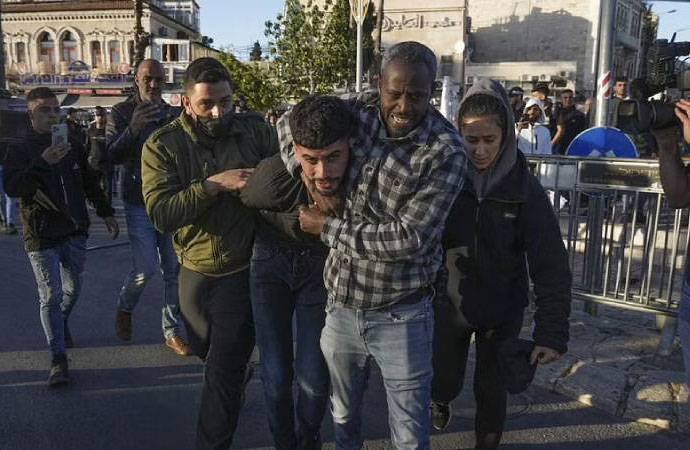 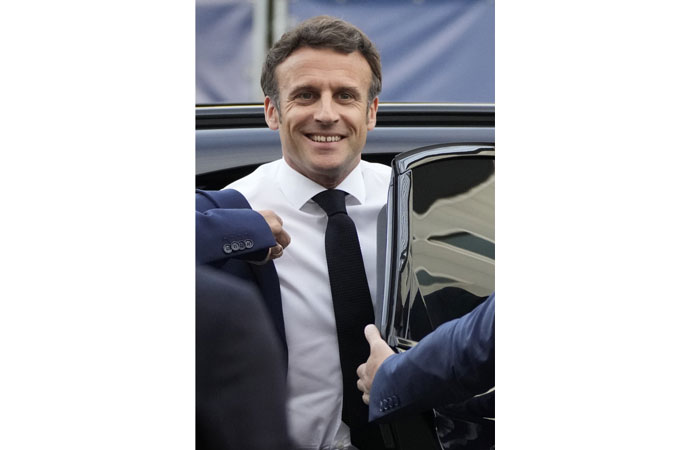 Israel's air force and Palestinian militants traded fire across the Gaza frontier early Thursday as clashes erupted again at Jerusalem's most sensitive holy site, worsening an escalation that has been eerily similar to the lead-up to last year's Israel-Gaza war. The violence along the Gaza front, fueled by the unrest between Israeli police and Palestinians in Jerusalem, appears to be the heaviest-cross-border fighting since last year's 11-day war and comes despite efforts to prevent a repeat.

A rocket fired from Gaza this week shattered a months-long period of calm that followed the war. Palestinian militants fired two rockets toward Israel from the Gaza Strip late Wednesday and early Thursday, and Israeli aircraft hit militant targets in the seaside, Hamas-ruled enclave. One rocket landed in the southern Israeli city of Sderot, a frequent target, and another fell short and landed in Gaza, the Israeli military said. Early Thursday, Israeli warplanes conducted airstrikes in the central Gaza Strip, local media reported.

French President Emmanuel Macron tore into his far-right challenger Marine Le Pen in a television debate Wednesday for her ties to Russia and for wanting to strip Muslim women of their right to cover their heads in public, as he seeks the votes he needs to win another 5-year term. In their only head-to-head confrontation before the electorate has its say in Sunday's winner-takes-all runoff vote for the presidency, Macron took the gloves off.

He argued that a loan that Le Pen's party received in 2014 from a Czech-Russian bank made her unsuitable to deal with Moscow. He also said plans by the anti-immigration candidate to ban Muslim women in France from wearing headscarves in public would trigger "civil war" in the country that has the largest Muslim population in western Europe. Le Pen, in turn, sought to appeal to voters struggling with surging prices amid the fallout of Russia's war in Ukraine.

Sri Lankan police opened fire Tuesday at people protesting new fuel price increases, killing one and injuring 13 others, in the first shooting by security forces during weeks of demonstrations over the country's worst economic crisis in decades. Fifteen police personnel were also admitted to a hospital with minor injuries after clashes with protesters. Police confirmed they shot at the protesters in Rambukkana, 90 kilometres (55 miles) northeast of Colombo, the capital, and they declared a local curfew afterward.

Police spokesman Nihal Talduwa said the demonstrators were blocking railway tracks and roads and had ignored police warnings to disperse. He said protesters also threw rocks at police. Dr. Mihiri Priyangani of the government hospital in Kegalle said 14 people were brought there with suspected gunshot wounds and one had died. Three others had undergone surgeries and were being monitored. The police in the hospital had minor injuries, possibly from being hit by stones, she said.

Netflix suffered its first subscriber loss in more than a decade, causing its shares to plunge 25% in extended trading amid concerns that the pioneering streaming service may have already seen its best days. The company's customer base fell by 200,000 subscribers during the January-March period, according to its quarterly earnings report released Tuesday. It's the first time that Netflix's subscribers have fallen since the streaming service became available throughout most of the world outside of China six years ago.

The drop this year stemmed in part from Netflix's decision to withdraw from Russia to protest the war against Ukraine, resulting in a loss of 700,000 subscribers. Netflix acknowledged its problems are deep rooted by projecting a loss of another 2 million subscribers during the April-June period. If the stock drop continue, Netflix shares will have lost more than half of their value so far this year - wiping out about $150 billion in shareholder wealth in less than four months.