Intensifying its fight against high inflation, the U.S. Federal Reserve 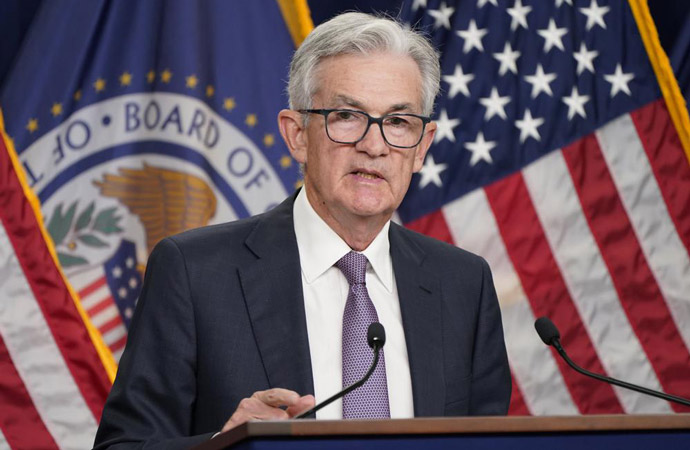 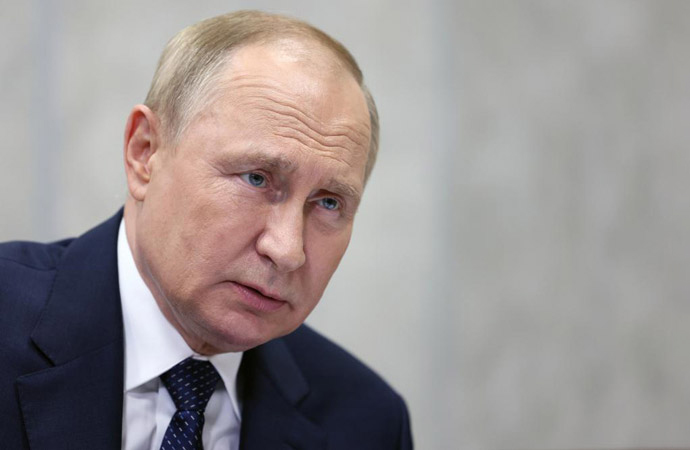 Intensifying its fight against high inflation, the U.S. Federal Reserve raised its key interest rate Wednesday by a substantial three-quarters of a point for a third straight time and signalled more large rate hikes to come - an aggressive pace that will heighten the risk of an eventual recession. The Fed's move boosted its benchmark short-term rate, which affects many consumer and business loans, to a range of 3% to 3.25%, the highest level since early 2008.

The officials also forecast that they will further raise their benchmark rate to roughly 4.4% by year's end, a full point higher than they had envisioned as recently as June. And they expect to raise the rate again next year, to about 4.6%. That would be the highest level since 2007.

By raising borrowing rates, the Fed makes it costlier to take out a mortgage or an auto or business loan. Consumers and businesses then presumably borrow and spend less, cooling the economy and slowing inflation.

Devastating floods in Pakistan's Sindh province claimed at least 10 more victims on Tuesday - including four children. Officials said as the U.N. children's agency renewed its appeal for $39 million to help the most vulnerable victims. Only a third of the amount has been met so far, UNICEF said in a statement. Pakistani doctors and medical workers are struggling to contain the outbreak of waterborne diseases, malaria, and dengue fever among hundreds of thousands of survivors now living in tents in southern Sindh province.

The unprecedented monsoon rains and flooding have affected 33 million people and killed as many as 1,569 across the country since mid-June. Of that number, 701 - including 293 children and 131 women - have died in Sindh, where many areas remain submerged. The U.N. dispatched one of its most prolific humanitarians, Hollywood actress Angelina Jolie, made a surprise visit to Sindh mid-week, meeting with some of the flood victims.

Iranians experienced a near-total internet blackout on Wednesday (Sept. 21) amid days of mass protests against the government over the death of a woman held by the country's morality police for allegedly violating its strictly-enforced dress code. An Iranian official had earlier hinted that such blackouts may be coming out of security concerns. The loss of connectivity will make it more difficult for people to organise protests and share information about the government's rolling crackdown on dissent.

Iran has seen nationwide protests over the death of 22-year-old Mahsa Amini, who was detained for allegedly wearing the mandatory Islamic headscarf too loosely. Demonstrators have clashed with police and called for the downfall of the Islamic Republic itself, The protests continued for a fifth day on Wednesday, including in the capital, Tehran. Police there fired tear gas at protesters who chanted "death to the dictator," and "I will kill the one who killed my sister," according to the semiofficial Fars news agency.

Russian President Vladimir Putin ordered a partial mobilisation of reservists to bolster his forces in Ukraine, a deeply unpopular move that sparked rare protests across the country and led to almost 1,200 arrests. The risky order follows humiliating setbacks for Putin's troops nearly seven months after they invaded Ukraine. The first such call-up in Russia since World War II heightened tensions with Ukraine's Western backers, who derided it as an act of weakness and desperation.

The move also sent some Russians scrambling to buy plane tickets to flee the country. In his 14-minute nationally televised address, Putin also warned the West that he isn't bluffing about using everything at his disposal to protect Russia - an apparent reference to his nuclear arsenal. He has previously rebuked NATO countries for supplying weapons to Ukraine. The total number of reservists to be called up could be as high as 300,000 - so said Defence Minister Sergei Shoigu.

The Ministry of Commerce reduced the price