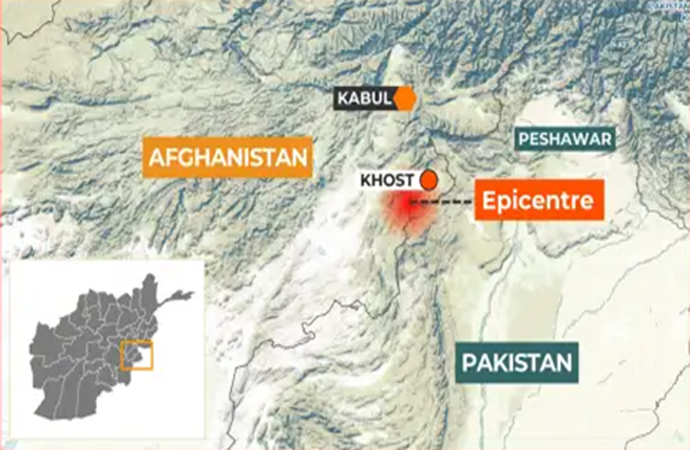 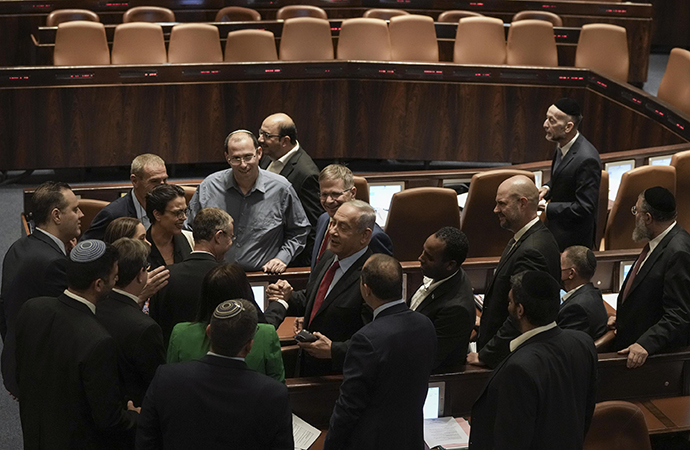 A powerful earthquake struck a rugged, mountainous region of eastern Afghanistan, flattening stone and mud-brick homes and killing at least 1,000 people. The disaster posed a new test for Afghanistan's Taliban rulers and relief agencies already struggling with the country's multiple humanitarian crises. The quake was Afghanistan's deadliest in two decades, and officials said the toll could rise. An estimated 1,500 others were reported injured, the state-run news agency said.

The disaster inflicted by the 6.1-magnitude quake heaps more misery on a country where millions face increasing hunger and poverty and the health system has been crumbling since the Taliban retook power nearly 10 months ago amid the U.S. and NATO withdrawal. In a rare move, the Taliban's supreme leader, Haibatullah Akhundzadah, who almost never appears in public, pleaded with the international community and humanitarian organisations "to help the Afghan people affected by this great tragedy and to spare no effort."

Former rebel Gustavo Petro narrowly won a runoff election over a political outsider millionaire, ushering in a new era of politics for Colombia by becoming the country's first leftist president. Petro, a senator in his third attempt to win the presidency, got 50.48% of the votes, while real estate magnate Rodolfo Hernández had 47.26%, according to results released by election authorities.

Petro's victory underlined a drastic change in presidential politics for a country that has long marginalised the left for its perceived association with a decades-long armed conflict, that ended with a historic peace deal in 2016. Petro himself was once a rebel with the now-defunct M-19 movement and was granted amnesty after being jailed for his involvement with the group. Colombia also elected its first Black woman to be vice president. Petro's running mate, Francia Márquez, is a lawyer and environmental leader whose opposition to illegal mining has resulted in threats and a grenade attack in 2019.

A U.S. Navy warship fired a warning flare to wave off an Iranian Revolutionary Guard speedboat coming straight at it during a tense encounter in the strategic Strait of Hormuz, officials said Tuesday (June 21). The incident a day earlier occurred amid high tensions over stalled negotiations over Iran's tattered nuclear deal with world powers and as Tehran enriches uranium closer than ever to weapons-grade levels under decreasing international oversight.

Meanwhile, the United Nations' nuclear watchdog said Iran now plans to enrich uranium through a second set of advanced centrifuges at its underground Fordo facility amid the standoff. The Cyclone-class patrol ship USS Sirocco and Spearhead-class expeditionary fast transport USNS Choctaw County found themselves in a close encounter with three Iranian fast boats while coming through the Strait of Hormuz to enter the Persian Gulf, the US Navy said, adding that the IRG's "actions did not meet international standards". Iran did not immediately acknowledge the incident.

Israeli lawmakers voted in favour of dissolving parliament in a preliminary vote, setting the wheels in motion to send the country to its fifth national election in 3-and-a-half years. The development was the first step in a series of votes before the formal dissolution of the 120-seat Knesset. It came two days after Prime Minister Naftali Bennett announced he was disbanding his unravelling governing coalition of eight ideologically diverse parties just over a year after he took office.

The historic coalition, which unseated longtime leader Benjamin Netanyahu, was wracked by infighting and defections in recent months. It included dovish parties committed to a two-state solution with the Palestinians, hawkish ultranationalists who oppose a Palestinian state, and a small Islamist faction, the first Arab party to join a government. A series of proposals for dissolving parliament were passed by a vast majority of the Knesset, the Israeli parliament. But a final vote on at least one of the motions is still required, and that is expected to be held next week.