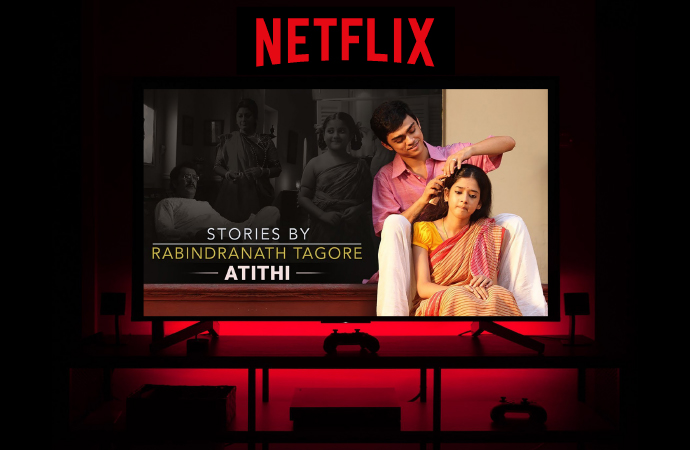 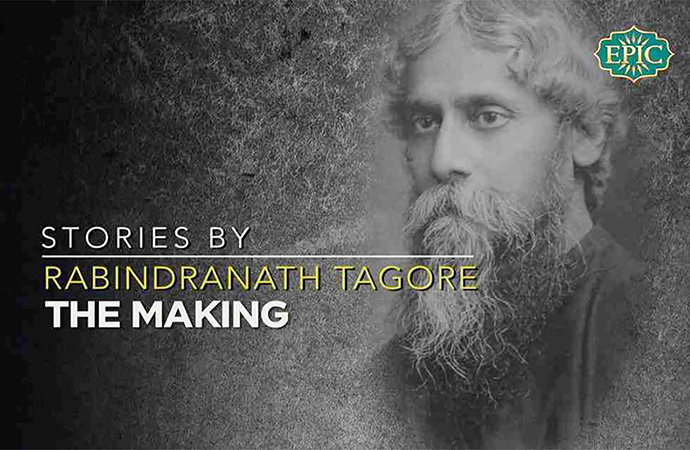 The Indian film director Anurag Basu is notorious for his unique stories and creative style of visual storytelling on the silver screen. Starting his career as an assistant director in television serials Basu proved his talent in making versatile television shows under varied genres. After stepping his career in film direction Basu got huge applause from critics and audiences. With the Stories by Rabindranath Tagore, Basu has made a memorable comeback to television after a huge gap.

In this article, we are going to review the Netflix series "Stories by Rabindranath Tagore".

The 'Stories By Rabindranath Tagore' is composed of 26 episodes based upon 14 great stories by Tagore including Chokher Bali, Atithi, Charulata, Shasti, Nosto Neer, Tyaag, Monihara, Kabuliwala, Maanbhanjan, samapti, Detective, Chutti, etc. With the shade of his own talent the director Anurag Basu decodes the stories of Tagore into life-drama keeping the main themes almost unchanged. To narrate each story, the director assigns about two to three episodes. However, a few short stories have been covered in single episodes. Though each episode is 60 minutes long, you won't feel it tedious. What makes these episodes highly entertaining is the showcase of unique background, authentic costumes of artists and atmosphere complying with each different story.

Watching "Stories by Rabindranath Tagore" you will go back to the conservative society of the late 19th and early 20th centuries. The heartwarming Characters - like Binodini, Bihari, Tarapodo, Giribala, charulata, Fotik, Gokul, Kusum, and so on. - portrayed by Tagore can introduce you with the various dimensions of complex human nature comprising kindness, sanctimony, greed, revenge, love, lust, self-esteem, etc. Each character will make you rethink the true meaning of life through the lens of morality.

In these stories Tagor shaded light upon the emotions, desires, dreams, and dignities of women which was never seen before in the concurrent subcontinent literature. For instance, in the story 'Chokher Bali' Binodini denies to sacrifice her lust even if being a widow. In another story 'Maanbhanjan', Giribala was neglected by her husband for Latika, a famous theater heroine. Instead of shading tears for her bad luck, Giribala starts a new life as an actress and eventually acquires the top-most position in media which was a long-cherished dream of Latika. Finally the revenge was taken gracefully. The way how Tagore spoke for women empowerment in his stories will leave you thrilled.

The stories of Tagore also reveal the thoughts, passions and dignities of women. In the story 'Samapti', the new bride Mrinmoyi questions the norms of society which imposes post-marital binding solely on women leaving men's life same as before. Through the voice of Mrinmoyee Tagore questions is it really necessary for women to get married? In the story 'Shasti', Chandra becomes the scapegoat of patriarchal society. In the story 'Dui Bon', Tagore highlights two dimensions of women character. One woman character endows passionate romance and another woman character offers selfless love like a mother.

Another amazing fact of this series is each story is linked with the next one in a natural flow of life. The technique of visual story-telling will not only amuse you, but also help you to understand the narratives in an easy manner. The show was filmed in a colossal set built in several locations of old Kolkata. Each story nicely demonstrates the cultural references, political situation, as well as social manifestations.

What is more? In each episode, you will enjoy some mind-blowing songs by Tagore which wonderfully blend with the respective theme of each story. Tagore's Bengali songs have been re-created and tuned through the voices of notorious Indian singers including Shalmali Kholgade, Shaan, Arijit Singh, etc. on the whole "Stories by Rabindranath Tagore" is must-watch drama which can make your quarantine entertaining.