Shironamhin: The band, the myth, the silver jubilee year 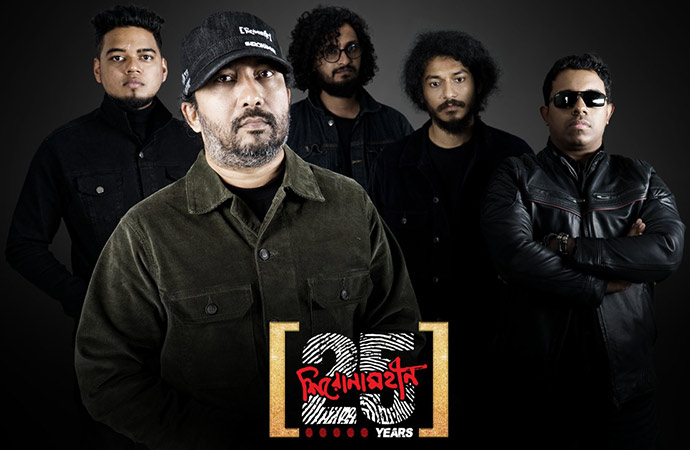 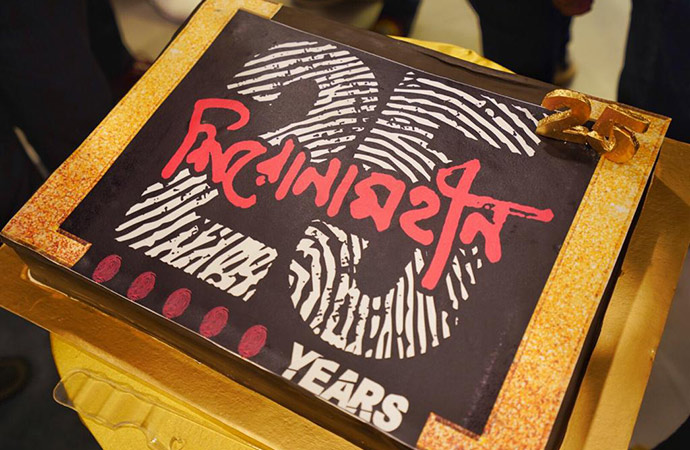 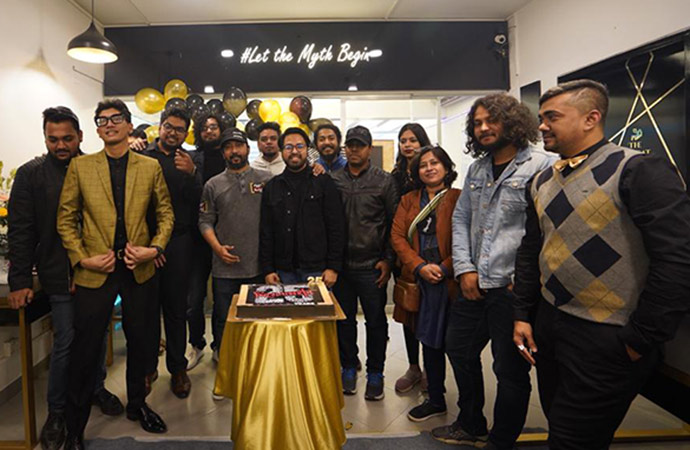 Shironamhin groupies can buckle up for a mythical 2021 as their favourite band in partnership with "Brandmyth Experiential" announced year- long events across the country and over the border in Nepal marking their silver jubilee.

The mega concert will be held on March 11 in Dhaka as Shironamhin will collaborate with internationally renowned Mumbai Symphony Orchestra and other top Bangladeshi bands giving their fans what the band say is a "Once in a Blue Moon " experience.

"World famous bands like Metallica, Scorpions won the hearts of the authentic music lovers and their fans by performing with a symphony orchestra. This will be the first time in the history of Bangladesh where a rock band is collaborating with an orchestra team," founding member of Shironamhin Ziaur Rahman said in a press conference held at the office of "Brandmyth Experiential" on January 1.

"We will present at least 15 of our hit songs in a brand new way with 50 musicians of the orchestra team at the concert. Shironamhin will travel to Mumbai several times before March 11 and their team will visit Bangladesh once or twice before the mega event to make sure we are in total sync," Zia added.

After the mega concert in Dhaka, Shironamhin will move to Nepal and shoot seven music videos and take part in two concerts in the Himalayan nation.

Upon returning to Bangladesh, Brandmyth will take the band to four divisional cities where they will rock the stage with their all time hits.

All this will lead to a climactic endgame in December 2022 where their silver jubilee ride will come to an end with a final grand concert, presumably on 31st December.

The entire year's journey will be documented and Brandmyth will later release a behind the scenes documentary betraying the ups and downs, ecstasies and agonies of the silver-jubilee celebration year.

Brandmyth Experiential (Former Brandmyth Communication) has earned a reputation of delivering big on their promise as they seamlessly executed two of the most acclaimed live events in recent memory- Coffee Carnival and November Rain.

On reuniting with old members

Just like any other band, the twenty-five years journey of Shironamhin was a roller coaster ride filled with ups and downs.

The band went through numerous line-up changes during this time and the most recent debacle came when when Tuhin, the man who came to be known as the voice of Shironamhin through vocal duties on their first five albums, besides countless gigs and made-for-television shows, had a high-profile fallout with founding members Zia, Jewel and Bulbul, leading to his exit from the band after 17 years.

So the obvious question the scribe asked Zia was will they keep their differences away for a night and reunite with old band members at the mega concert.

Zia replied, "We'll get in touch with those who are reachable," indicating we might not get all founding members of Shironamhin on the stage even for a single night.

"The fan club will be part of our newly arranged website and work as a connecting bridge between us and our fans," said Zia.

Brandmyth came up with "Aro Ekti Janala" where participants can manifest their thoughts and fondness about Shironamhin in the form of artworks and win exciting prizes.

A cover song competition will be a chuck of this series too where music admirers from different corners of the country will cover popular songs of Shironamhin to win surprising gifts.

Shironamhin formed in 1996, from the union of Ziaur Rahman 'Zia', Bulbul Hasan and Jewel, as they started playing music together. In 2000, Tuhin was invited to join the band on vocals and the band's debut album, 'Jahaji' was released in 2004 and it was an instant hit, plus critically acclaimed. Four more albums followed: 'Ichchhe Ghuri' in 2006, 'Bondho Janala' in 2009, 'Rabindranath' in 2010, and 'Shironamhin' in 2013.

Their current, much-changed lineup is Ziaur Rahman on bass and cello, Kazy Ahmad Shafin on drums and sarod, Rayhan Islam Shuvro on guitar, Sheikh Ishtiaque on vocal and Symon Chowdhury on the keyboard. Through all the changes, Zia has remained the one constant, and that reflects the fact that it is his creative vision that has been the band's driving force throughout its existence.

Changing direction of development is urgent