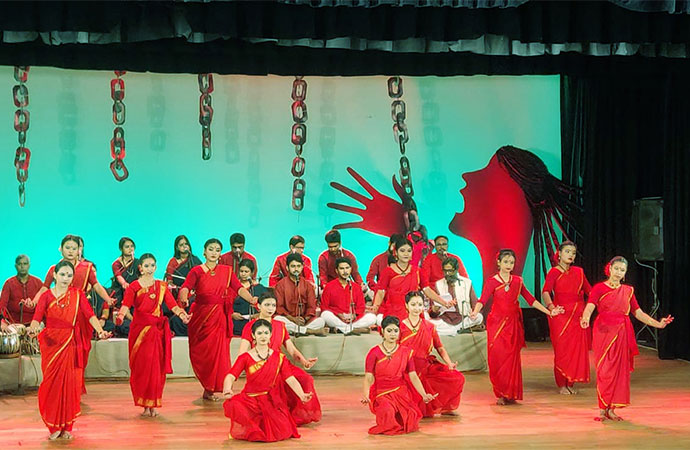 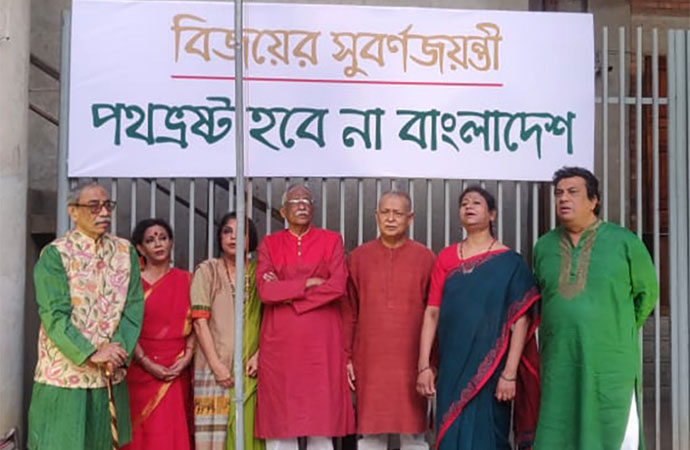 Marking the 50th Victory Day of Bangladesh, country's renowned cultural organizations celebrated the day through a number of cultural activities.

The organizations including Bangladesh Shilpakala Academy and more started the day by placing floral wreaths to pay homage to the martyrs of the Liberation War at the National Martyrs' Memorial, Savar.

Country's distinguished cultural institution Chhyanaut celebrated the day through an exclusive event titled 'Rupantorer Gaan' which was held at Chhayanaut Sangskriti Bhaban, Dhanmondi in the capital at 4:31 pm, chorusing the National Anthem by its members.

Eminent actor-recitation artist Jayanta Chattopadhyay recited several poems at the event which were followed by songs and dance recitals, and the event was based on the lyrical ballads written by Shahriar Kabir. Deepto TV broadcasted the event live from the venue.

Bangladesh Shilpakala Academy (BSA) celebrated the day with a range of colourful festivities, starting the day at 8 am by placing floral wreath at the National Martyrs' Memorial, Savar, by the academy's Director General Liaquat Ali Lucky and other staff members of BSA.

A cultural session was organized at the adjacent green valley of National Martyrs' Memorial followed by that, where renowned and promising artists took part in poetry recitations, acrobatics, musical performances and art camp.

Liberation War Museum celebrated the day with two events, by organizing a children's cultural programme at 10 am after raising the National Flag, and a Jatrapala by Charonik Opera (Manikganj) titled "Ganga theke Buriganga" at 6 pm, at its Civic Centre venue, Agargaon, in the capital.

Several other organizations including Bengal Foundation, Bangladesh Udichi Shilpagoshthi and others also commemorated the day with multiple festivities across the country.

The US and UK have long emboldened kleptocrats and o ...