Kate Chopin: The Struggle of Everywoman, Everywhere, in Everyage! 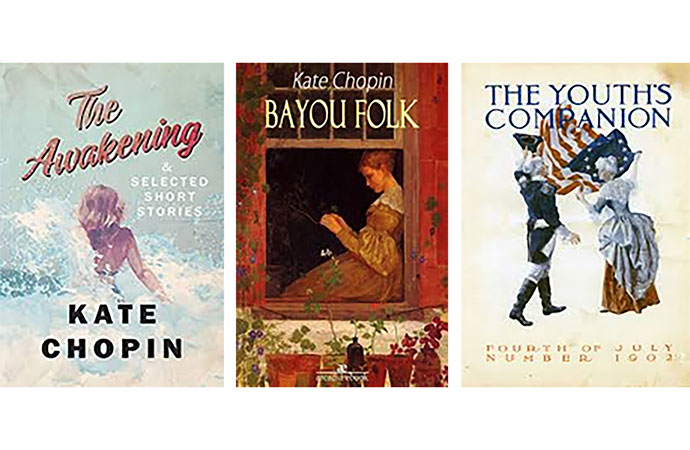 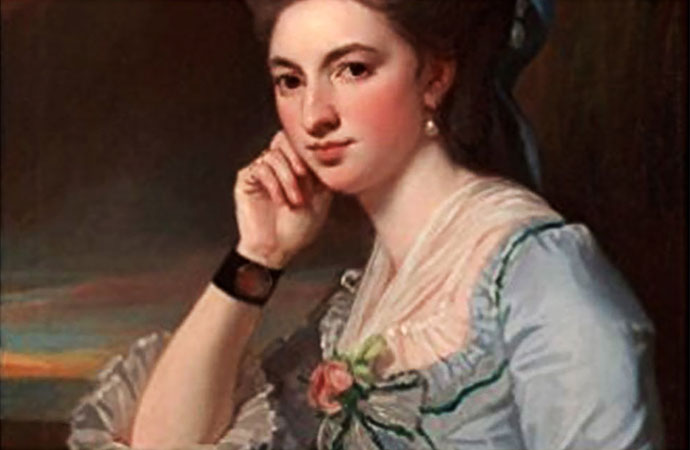 The Dhaka-based literary club 'The Reading Circle' (TRC), chaired by Professor Niaz Zaman,discussed the short stories of the late nineteenth century American writer, Catherine O' Flahertie Chopin , better known as Kate Chopin at a webinar recently. I participated in it from my perch at the Institute of south Asian studies, National University of Singapore. Singapore. I am not a student of literature but of International Relations and Geostrategy. But literature interests me as I see in it I see it as an immeasurably valuable tool for cultural linkages with the potential for uniting diverse peoples across the world by spreading positive values that can be shared. By doing so literature can help defuse global tensions across the broad spectrum of problems and issues.

Kate Chopin lived in a time when movement of people across borders was far easier than the restrictive world- order of today. That kind of cultural assimilation produced the high literature of the nineteenth century with its universal appeal. For instance, look at Chopin's pedigree. She lived between 1850 and 1904, mostly in Louisiana, a State in the deep south of the US, named after the French Roi Soleil or The Sun King Louis XIV , once a French Colony then captured by Spain, and later actually purchased by the US. It is a melting pot of French, African, American and French- Canadian cultures reflected in its Creole and Cajun ethos.

Chopin's husband, as the name suggests, was of French origin. Her mother was also of French descent and her father, of Irish catholic lineage, which sets her apart from the east coast American White Anglo-Saxon Protestant or WASP background. O'Flahertie in her name is something that she has in common with another Irish-born author, playwright, wit and aesthete of that era, Oscar Fingal O' Flahertie Wilde, who I hope , will also someday find a place in the agenda of the TRC's discussions. It is fortuitous that the group was reading Chopin immediately after having discussed, in its previous event, the French writer, Guy de Maupassant, which actually makes for a seamless transition. For Maupassant was indeed Chopin's mentor from afar, whom she admired and who influenced her writing enormously. Chopin believed Maupassant looked at life with his own eyes, and simply told us what he saw. She went beyond Maupassant's technique and style, and gave her writing her own flavour. She developed the capability to perceive life and creatively express it.

The focus of the webinar was 'the woman' in Chopin's tales. In one of the stories discussed, Nathalie, again a French name in an English milieu, is a beautiful young woman, who decides to marry the wealthy but unattractive Brantain. One day, in his presence, her old friend, Harvey, penniless but passionate, suddenly appears and plants a kiss on her lips in Brantain's presence. All are embarrassed. But later Nathalie is able to explain it away to Brainstain , to whom she does get married. Here it might be worthwhile mentioning that according to the rules of the 19th century American chivalry in the South, a gentleman always appeared to believe a lady even when he knew she was lying. At the wedding Harvey appears again and this time approaches Nathalie stating that he now has her husband's permission to kiss the bride. Nathalie knows that henceforth Harvey can at best be nothing more than a friend. But she accepts that. For she knows, she cannot have everything in life. The particular story ends there.

But as Chopin ends one narrative, she masterfully provokes the opening of another in the readers' mind. The reader is made to ponder as to how Nathalie was now going to lead her life henceforth. She is now married to a rich man, but lacks an outlet for her passion. Will her behaviour pattern take the form that of the other famous Southern belle, Scarlett O'Hara, in Margaret Mitchell's "Gone with the wind"?

Throughout the history of literature since, Scarlett O'Hara has been a figure that is beloved, but with spite. She was the feminist of the time, acquiring and running her businesses, making her own choices, and standing up for what she found out to be the truth. In other words, she worked outside of her role as a woman, and thereby "Unsexed" herself. At the same time, while she yearned for the gentle and humane love of Ashley she also fell for the brutal passion that Rhett Butler gave her. Ultimately, though, Scarlett is punished for her misdeeds, in the perceptions of society. Mitchell was unable to shake off what still guided literature , particularly the writings of a woman, that sexist dictum of the French philosopher Jean Jacques Rousseau: Rousseau had said : "The perverseness and ill nature of women only serve to aggravate their own misfortune".

Noticeable in the literature of the American Deep South, both before and after the Civil war, was the absence of the black community as central characters in a community setting. Except in cases when it is in specific focus, like Harriet Breecher Stowe's 'Uncle Tom', though he appears as the docile subservient collaborator of the system of exclusion. Those days, obviously, Black Lives did not matter so much. Kamala Harris would be a very distant phenomenon!

In her stories, Kate Chopin does three things": First she explores the theme of money and marriage, also found in Jane Austen, so accurately described, for instance in the pride and prejudices of her characters even in the limited world of the English country Austen was exposed to,; second, Chopin suggests that a woman must be free to lead her own life as she sees fit, and not by society's perceived values: and third Chopin believes that a woman must be allowed to explore her own capabilities outside of the control of any man. But more than that, she is not in favour of prescribing codes of conduct or making value-judgment.

All these elements constitute the woman's continuing struggle, then and now, everywhere, at every age, even in our own. Embedded in these are pleas for what we call today 'women's empowerment'. When thus equipped the women characters in Kate Chopin or Margaret Michell provided a great fillip the economy of America's deep south, with or without male cooperation. Powerful and relevant argument for the cause in contemporary times across the globe.

Dr Iftekhar Ahmed Chowdhury is Principal Research Fellow at the Institute of South Asia Studies, National University of Singapore. He is a former Foreign Advisor (Foreign Minister) of Bangladesh and President of Cosmos Foundation Bangladesh. The views addressed in the article are his own. He can be reached at: isasiac @nus.edu.sg

Powerplay in Paradise: Sino-Indian Tussle in the Mal ...