Japan at a crossroad after Abe 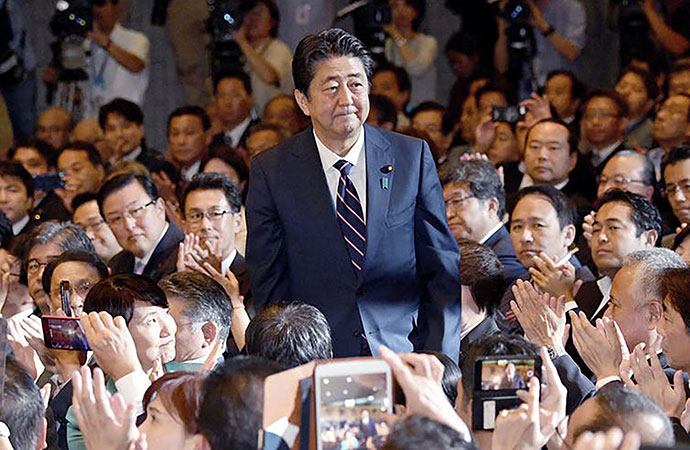 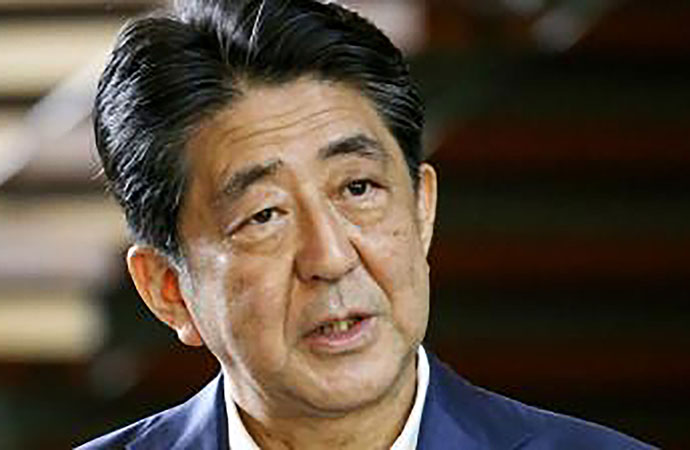 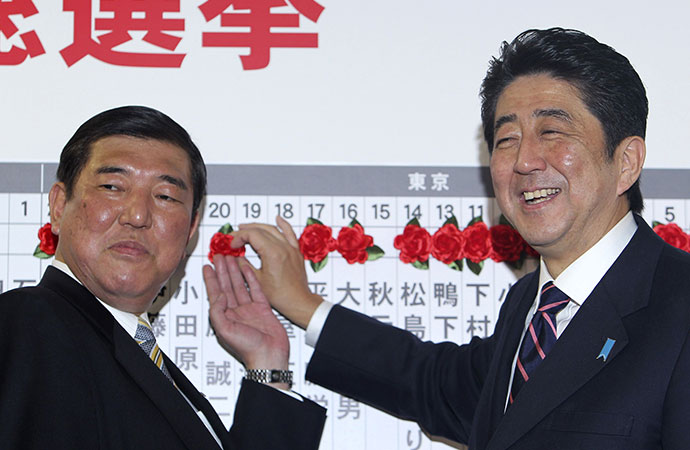 The sudden resignation of Prime Minister Shinzo Abe came as a surprise to many in Japan and other countries around the world. He just touched the milestone of the longest serving prime minister of the country and was on way to set new records that would have been formidable for anyone to break. Moreover, though his popular support rate had shown significant decline in recent months, he was enjoying wide backing from within the ruling Liberal Democratic Party (LDP), a crucial factor for prime minister's survival in Japan. Yet it was his health that eventually called the game over for a prime minister who led the country at a difficult time, both economically and from the strategic point of view.

When Abe returned to power after a gap of more than five years since his resignation from the post in 2007, Japanese economy was in a bad shape mostly due to the impact of 2011 earthquake and tsunami followed by the Fukushima nuclear disaster. Moreover, Japan lacked a strong leadership which was needed the help the country steer out of the chaos. In between his two terms as prime minister, Japan had seen five other leaders coming and going in periodic short intervals. For Abe this was an opportunity to show that he indeed was a leader of different nature and he had proven it by remaining at the helm for almost eight long years. If this is the shining side of his success story, this cannot be said to be true about few other areas of his performances like salvaging the country from continuous slide in economic performance and helping the society to bridge the gap between rich and poor. However, he survived virtually without any challenge from within the ruling party and outside. This reality tells more of the lack of leadership in Japan at this crucial stage than Abe being a supra leader with the capability of bringing miracles.

When Abe first formed his cabinet in December 2012 after winning a landslide in the general election, his main focus was on economy. Very soon Japanese were presented with a plan that the prime minister was convinced would revive Japan's lost position as an economic power house and also steer the country back to the familiar growth pattern. His close associates named the economic program 'Abenomomics', saying that the vision emphasized in the new economic strategy was something similar to what a few Western leaders had implemented earlier in late 20th century. In short Abe's neo-classical approach was diverted towards achieving at least 2 percent inflation rate for helping Japanese economy to redress the chronic deflation that he saw as the main barrier for economy to move forward. Among other measures were fiscal discipline as well as structural reform. Though none of such measures had been new in economy as well as in governmental policy, the new name remained and Abe and his advisors were happy with that.

However, with the passage of time the 2 percent inflation target remained ever elusive and fiscal discipline too seemed to be a formidable cliff to climb. Japan not only remained a highly indebted country, the ratio of sovereign debt to country's GDP surpassed the alarming ratio of more than two and half time. In addition to that, twice increase of consumption tax during his tenure had eroded consumer confidence significantly, denting further the already shattered economy. And then came the heavy blow of corona virus pandemic that had virtually wiped out whatever success the economy could record during the tenure of Abe. For the prime minister it was the time of reawakening and despite his sincere and relentless effort, nothing could have been done to stop this unexpected slide. So, Abe's economic target remained a half-achieved one.

He also had few other visions that too remained somehow unfulfilled and partially abandoned. In his early days he had proudly declared that he would like to make Japan a country where women would no longer be discriminated or be in a disadvantaged position. The expression that he liked to repeat was to make Japan a country where women shine. Eight years after as he is ready to pass the helm, Japan hardly could make any significant breakthrough in empowering women in politics, business or in the society as a whole.

A third and important aim for Abe was revising the Japanese constitution for making way for the country to stand in the same footing along side with partners for fulfilling the responsibilities of strategic importance. Japan's constitution prohibits the country from any kind of military involvement overseas. Though Japan had undertaken such initiatives in the recent past, those were made possible by resorting to indirect measures such as reinterpreting the constitution or by stop-gap measures like parliamentary decision for a specific period. Abe intended to get rid of such irritating means that stand against acting decisively and wanted to amend the constitution for that purpose. Here too, he could hardly make any gain during his long tenure.

Despite such limitations and shortcomings of his regime, Abe is definitely going to be remembered at least for a number of other reasons. He definitely had brought back some form of stability to the government after a relatively long period of revolving door leadership changes in Japan. Abe had become a known figure in international politics through his proactive participation in multilateral as well as bilateral diplomacy, thus enhancing Japan's prestige overseas. He had forged closer tie with the United States at a time when China is increasingly involved in strengthening her military power as well as her expanded naval presence in South and East China Seas. This head on encounter with China has no doubt clouded the situation in the region and complicated further the rapprochement with Beijing, which for Japan is the top trading partner. But for Abe the choice was more of leaving a strong footprint in regional politics in the same way as was seen in his floating of the idea of Indo-Pacific security arrangement replacing the old idea of Asia-Pacific arrangement.

However, this high-handed approach of his diplomacy had also alienated South Korea and drifted Russia further away from signing a security treaty with Japan and thus paving the way for solving the long-standing territorial dispute. He might had seen a closer tie with India and strategic understanding with Australia as counterweight for such losses. But what in reality this new regional approach might bring remains to be seen.

It is now almost certain that the Chief Cabinet Secretary of Abe's cabinet, Yoshihide Suga is going to succeed him as Japan's next leader. Suga is definitely going to inherit some of the most difficult tasks that Abe is leaving unfinished. How far he will go to follow the same path and try again by resorting to the same remedies is a guessing game for the time being.

The Covid Crisis: China On The Road To Recovery