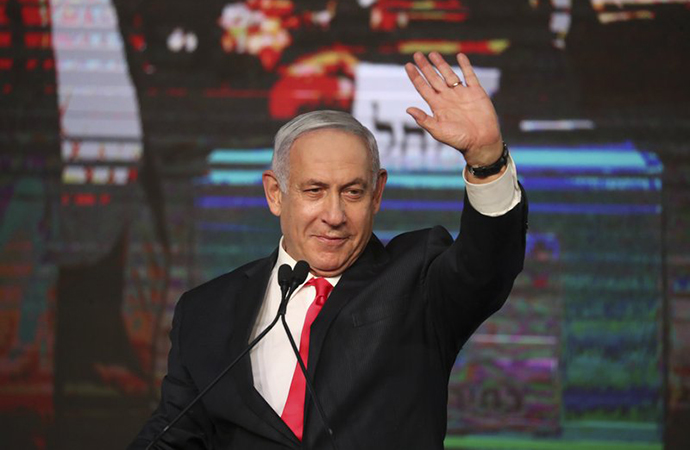 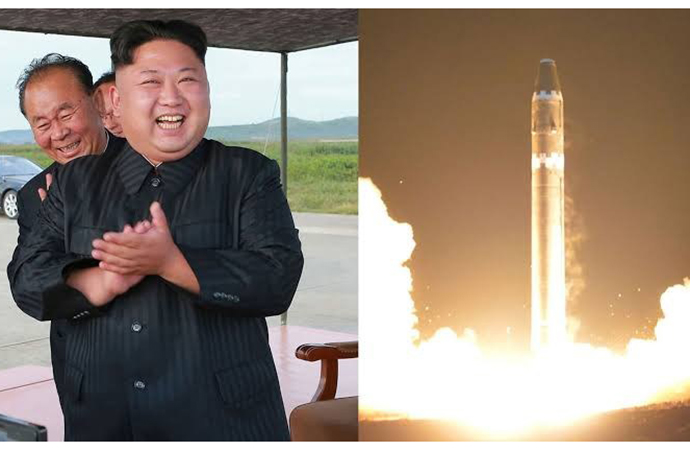 Israeli parliamentary elections resulted in a virtual deadlock for a fourth time in the past two years, exit polls indicated, leaving Prime Minister Benjamin Netanyahu with an uncertain future and the country facing the prospect of continued political gridlock. The exit polls on Israel's three main TV stations indicated that both Netanyahu and his religious and nationalist allies, along with a group of anti-Netanyahu parties, fell short of the parliamentary majority required to form a new government. That raised the possibility of an unprecedented fifth consecutive election later this year.

The election was seen as a referendum on Netanyahu's polarizing leadership, and the initial results showed the country remains as deeply divided as ever, with an array of small sectarian parties dominating the parliament. The results also signaled a continuing shift of the Israeli electorate toward the right wing, which supports West Bank settlements and opposes concessions in peace talks with the Palestinians.

A skyscraper-sized container ship became wedged across Egypt's Suez Canal and blocked all traffic in the vital waterway, officials said, threatening to disrupt a global shipping system already strained by the coronavirus pandemic. The Ever Given, a Panama-flagged ship that carries cargo between Asia and Europe, ran aground Tuesday (March 23) in the narrow, man-made canal dividing continental Africa from the Sinai Peninsula. Images showed the ship's bow was touching the eastern wall, while its stern looked lodged against the western wall - an extraordinary event that experts said they had never heard of happening before in the canal's 150-year history.

Tugboats strained Wednesday to try to nudge the obstruction out of the way as ships hoping to enter the waterway began lining up in the Mediterranean and Red Seas. But it remained unclear when the route, through which around 10% of world trade flows and which is particularly crucial for the transport of oil, would reopen.

The United States and European countries are closing ranks to respond to what the U.S. calls "aggressive and coercive" behaviour by China, days after the U.S. and its allies launched coordinated sanctions against Chinese officials accused of rights abuses in the far-western Xinjiang region. The US, EU, Britain and Canada imposed asset freezes and travel bans on a group of officials in Xinjiang. China retaliated by slapping sanctions on 10 Europeans, including lawmakers and academics, and four institutions.

Initially, China denied the existence of camps detaining Uyghur Muslims in Xinjiang but has since described them as centres to provide job training and to re-educate those exposed to extremists. Chinese officials deny all charges of human rights abuses there. Secretary of State Antony Blinken said he wants to work with partners, and "the United States won't force our allies into an 'us-or-them' choice with China." He warned of Beijing's threatening behaviour, but said "that doesn't mean countries can't work with China where possible, for example on challenges like climate change and health security."

North Korea fired two ballistic missiles into the Sea of Japan, according to the US and Japan - the first such test since Joe Biden became US president. Pyongyang is banned from testing ballistic missiles, considered threatening weapons, under UN Security Council resolutions. Both Japan and South Korea have condemned the test. President Biden's national security adviser Jake Sullivan will host his counterparts from Japan and South Korea for day-long discussions about strategy and coordination going forward It comes just days after North Korea reportedly fired two non-ballistic missiles into the Yellow Sea.

Japan said no debris had fallen within its territorial waters. The US Pacific Command, which oversees military forces in the Asia-Pacific region, said on Thursday that the test highlighted "the threat that North Korea's illicit weapons programme poses to its neighbours and the international community".

Sweden and Bangladesh: 50 years and counting

At least 15 people were killed in a massive fire