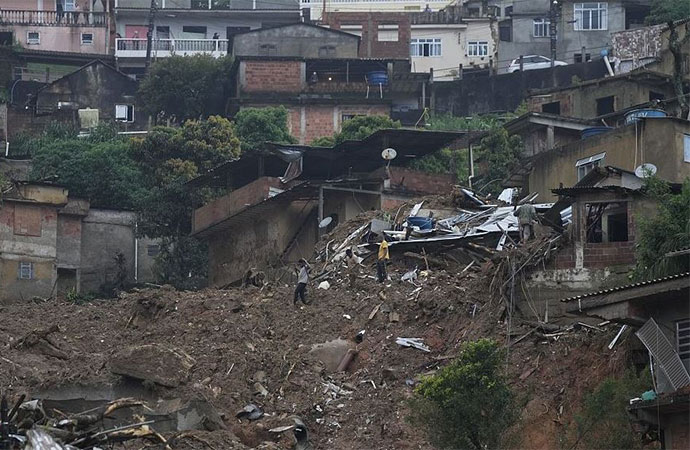 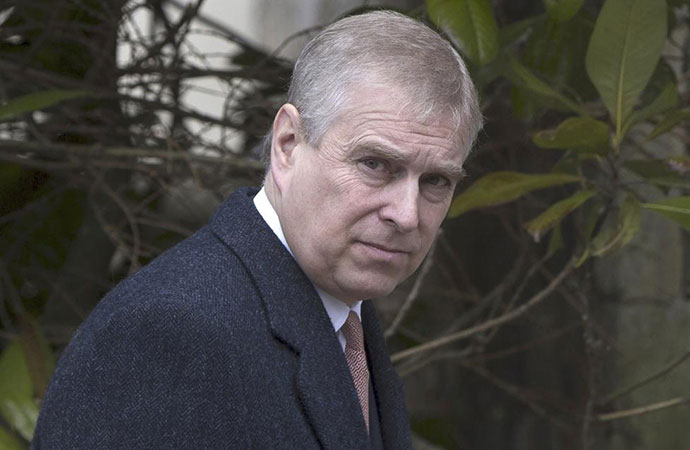 Extremely heavy rains set off mudslides and floods in a mountainous region of Rio de Janeiro state in Brazil, killing at least 38 people. The city of Petropolis was slammed by a deluge on Tuesday (Feb. 15), and Mayor Rubens Bomtempo said the number of dead could rise as searchers picked through the wreckage. The state fire department said the area got 25.8 centimetres (just over 10 inches) of rain within three hours Tuesday -- almost as much as during the previous 30 days combined.

Video posted on social media showed cars and houses being dragged away by landslides, and water swirling through the entire area. The Globo television network showed houses buried beneath mud in areas firefighters hadn't reached yet. Petropolis is a German-influenced city that features stately mansions along its waterways, but its mountainsides are covered with homes packed tightly together, some of which lack proper foundations. There were more than 900 deaths from heavy rainfall in the region in January 2011.

The European Union's highest court ruled that the 27-nation bloc can suspend support payments to member states found in breach of 'rule of law principles'. The right-wing governments of Hungary and Poland, which had challenged the EU's right to take such action, responded that the rule lacked a proper legal basis and would fundamentally interfere with their running of national business. Both nations have come under increasing criticism over the past few years for veering away from democratic norms.

When it comes to democratic principles, "the European Union must be able to defend those values, within the limits of its powers," the European Court of Justice said in its ruling. The decision was the last impediment to EU institutions withholding funds from governments they consider to be at odds with core democratic principles. EU Commission President Ursula von der Leyen immediately faced calls urging her to enforce the rule against Poland and Hungary. But the actual withholding of any funds could take until the end of the year.

Britain's beleaguered Prince Andrew, accused in a lawsuit of sexually abusing a 17-year-old girl trafficked to him by the dead and disgraced financier Jeffrey Epstein, has agreed to settle out of court by making a substantial donation to his accuser's charity, and declaring he never meant to malign her character, according to court filings. The settlement avoids a trial that would have brought further embarrassment to the House of Windsor.

Besides the undisclosed donation to Virginia Giuffre's charity, Andrew acknowledges she has suffered as an abuse victim. It did not specify whether Giuffre would personally receive money as part of the settlement. Attorney David Boies, representing Giuffre, told the New York federal judge overseeing the case in a letter that a settlement in principle had been reached and lawyers on both sides would request a dismissal of the lawsuit within a month.

A Pakistani man sentenced to life in prison in 2019 for strangling his sister, a model on social media, was acquitted of murder charges after his parents pardoned him under Islamic law, an attorney for the man's family said. Waseem Azeem was arrested in 2016 after he confessed to killing Qandeel Baloch, 26, for posting what he called "shameful" pictures on Facebook. He was convicted of murder and sentenced to life in prison but his parents had sought his release, said Sardar Mahboob, a lawyer who represents Azeem and his family.

Islamic law in Pakistan allows a murder victim's family to pardon a convicted killer. Baloch's murder at the time drew nationwide condemnation, but critics suspected Azeem could walk out of prison after his conviction if his parents forgave him. Mahboob said Azeem could be freed as early as this week after the completion of paperwork. The siblings' mother, Anwar Bibi, welcomed the court order.

The search committee tasked with recommending