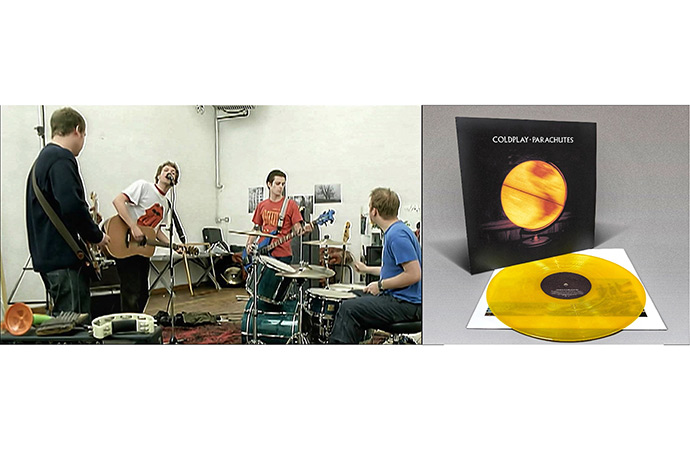 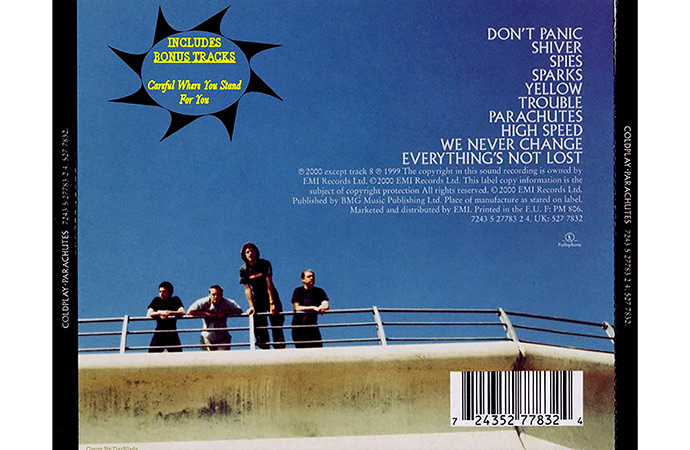 It was the dawn towards a new millennium. The world was preparing to welcome the future, everyone was busy to capitalize on possible opportunities to be the cornerstones of the upcoming modern era. Following the eventful journey from the elder generation, the millennials were also gearing up to adopt all the essential 'new normals' and be the machine for the future - as the technology was also blooming with its fullest potentials. However, four whimsical young British lads in their twenties were experimenting at that period with some majestic melodies - which they had zero clues that people will continue to listen and talk about, even after two decades. They went on to propel their aesthetics behind their magical melodies into 'Parachutes'.

The foundation of Coldplay

Being one of the biggest hit albums in the history of world music, 'Parachutes' has a bit prolonged backstory - but before that, it is necessary to have a look back on the formation of Coldplay itself, which will turn 24 years old this July. It all started at the University College London (UCL) in England, where the frontman Chris Martin met lead guitarist Jonny Buckland and decided to form a band together. Soon, Guy Berryman joined as the bass guitarist and finally Will Champion joined as their drummer. With this amazing line-up, the rock band 'Coldplay' was formed in 1996 under the name 'Pectoralz', later changed to 'Starfish' temporarily until they decided to go with the name 'Coldplay'.

They were studying different subjects in their university days, but none of them studied music - yet created melodies from their passion. Chris Martin read Ancient World Studies and graduated with first-class honours in Greek and Latin; Jonny Buckland went on to study Astronomy and Mathematics, drummer Will Champion studiedAnthropologyand bassist Guy Berryman started a Mechanical Engineering degree but later dropped out after one year to focus on playing bass with Coldplay. He was not alone in this case - Coldplay's manager-turned creative director and officially recognized as the 'fifth member', Phil Harvey also eventually dropped out of his Oxford University studies to manage the band until early 2001 when he had to give up due to excessive workloads - however became the creative director later and considered as the 'spiritual advisor' for the band.

Till date, they have been one of the soberest bands in the world. There had never been much dispute or clashes among the members with Chris being the frontman and face of the band. "Imagine being continuously followed by paparazzis and photographed without consent even at night. Chris has faced these sorts of incidents for years, as the face of the band - and we can never imagine the hardship of being cool in these situations. We are grateful that Chris always protected us so that we remain sane and do what we love to do" - bassist Guy Berryman told in an interview.

Before flying up the 'Parachutes', the band initially released two EP - 'Safety' and 'The Blue Room'. Coldplay released their first studio album, 'Parachutes', on July 10, 2000 in the United Kingdom via their regular record label, Parlophone (their first collaboration together). The album debuted at number one on the UK Albums Chart. It was released on November 7, 2000 by record label Nettwerk in North America.

The band planned to record its debut album over the span of two weeks, but due to tours and other live performances, the recording took place between September 1999 and May 2000. The album was recorded at Rockfield Studios, Matrix Studios, Wessex Sound Studios and Parr Street Studios with producer Ken Nelson. Sound mixing for the album was done by American engineer Michael Brauer in New York. The album has a total of 11 songs (including a hidden bonus track) with four singles - "Shiver", "Yellow", "Trouble", and "Don't Panic".

After releasing two EPs without a hit song, Coldplay had their first Top 40 hit with the lead single "Shiver", released in March 2000. "Shiver" went on to peak at the number 35 position on the UK Singles Chart. Although "Yellow" was the massive hit around the world, 'Parachutes' was previewed in March 2000 by "Shiver". Producer Ken Nelson recalled in an interview: "This was one where Chris's vocals were done in one take. He recorded more than one take, but the one we picked was one take, warts and all."

June 2000 was a pivotal moment in Coldplay's history, when the band released its breakthrough single "Yellow". It was Coldplay's first release to reach the top five, rising to number four on the UK Singles Chart in the year of 2000. Reminisced on writing the song, Chris spoke in an interview: "We were at the Rockfield Studios in Wales where the rest of the members were watching football on tv. I was casually singing "Shiver", doing some music and looking at the night sky (which inspired the first line: "Look at the stars...") - it was very beautiful. I got excited, wrote the song and I said to Ken (our producer) that "Record this... this is good!". The name 'Yellow' randomly came on my mind."

The minimalistic music video for "Yellow" was filmed at Studland Bay in Dorset, and featured Martin singing the song in one continuous shot as he walks along the beach. Chris grabbed the cameraman and said, "let's just walk down the beach". According to Phil Harvey, "Worked out well in the end!"

Ranking "Yellow" and its impact on the change in direction in mainstream rock number 47 on its list of the 50 key events in rock music history, The Guardian stated - "Was it something to do with how vulnerable a rain-soaked Chris Martin looked in the video for "Yellow"? Was it the romance of his lyrics, allied to the dramatic sweep of the music? Whatever it was, "Yellow" ushered in a fresh timbre of songwriting: yearning melancholy, buoyed by a sense of uplift."

Celebrating the 20th anniversary of 'Parachutes', Coldplay recently remastered the videos for its four singles which have been restored to HD quality. They also announced a special, transparent and most importantly, 'Yellow" coloured special edition vinyl record of the album, set to be released on November 20, 2020.

Profile of a killer: Unraveling the deadly new coron ...