IKIGAI: The Japanese Secret to a Long Healthy life 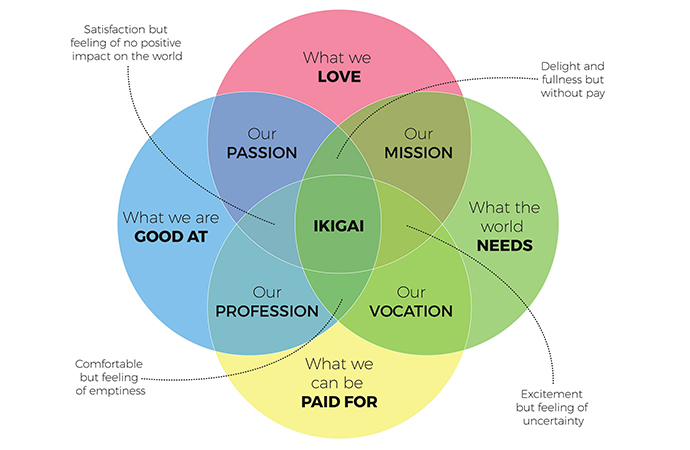 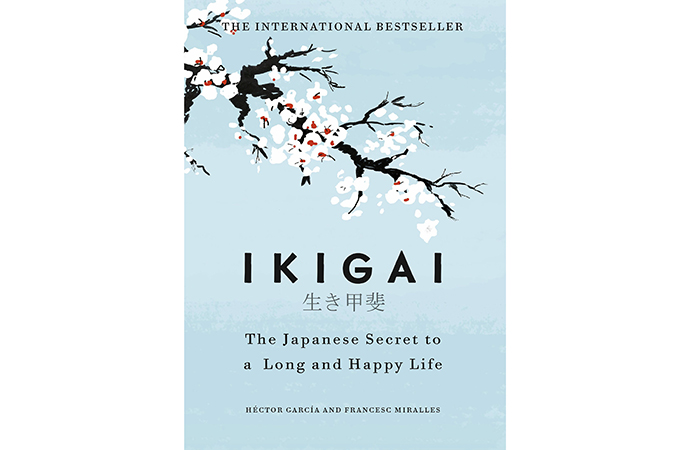 The Japanese have greatly impacted the world with their distinctive culture for many years. Their entertainment, food, history have gotten the attention of many neighbouring countries and even regions in the west. Despite having so many unique attributes to their heritage, few can compete with Ikigai in terms of depth and meaning. More of a concept than a discipline, Ikigai has been regarded by many as an ideology that has resulted in the nation's long life expectancy. Let us see if Ikigai, the Japanese secret to a long healthy life, is truly a solution that the world has overlooked.

Ikigai is an ideology of sorts that prioritizes finding your purpose and value in life. It's pretty existential but holds moral integrity in high regard.

There are four main "pillars" that everything in the Ikigai is based on:

- what the world needs;

- what you love; and

- what you can be paid for.

In Japanese culture, work and putting in long hours are some of the most important things one can do with his or her life. Therefore, Ikigai is a mental framework that gives the average person motivation to continue every day with an objective in mind. This could either mean applying the Ikigai in the context of work, or even as a wholesome frame of mind to centre one's self outside of the working environment.

Ikigai isn't a framework that was created as far back as the feudal ages; in fact, the term was coined by Akihiro Hasegawa, a psychologist and professor at Toyo Eiwa University. "Iki" means life in Japanese and "Gai" means something that is deemed valuable. The ideology has seen a basic rendition of its framework in novels dating back to the 60s, but it is truly more relevant now than ever.

Why Is Ikigai Popular?

Ikigai may have a relatively simple structure, but it's simplicity makes it easier to navigate around life when one is overloaded with stress, anxiety or purposelessness.

Looking at what you love and what you are good at specifically, these two pillars are all about self-improvement and reflection in order to know which steps to take. It is a gateway to a more optimistic mindset that can take the form of exercise, being with nature, having gratitude, and being able to come to terms with the imperfections in life. Ikigai has been often correlated with the older generations in Japan and has often been correlated with the population's long life span.

As the nation has recently been faced with underwhelming retirement pensions, more have opted to prolong their employment period, which is where Ikigai comes in. What you can do for the world and what you can be paid for are the more practical of the two pillars that are less prone to subjective interpretation, where any citizen can decide where they would like their career to go and how they can find meaning to it. Although working life may not be the most common way to apply Ikigai, it is still useful to consider as many Japanese spend the majority of their lives working.

Finding purpose within and without a career is where the true balance ultimately comes in as many who do eventually retire craft the will and even a sense of urgency to start a new chapter of their lives - whether that could be with a new profession or a hobby that involves loved ones.

Many are at the mercy of their worries when approaching the late stages of their career and even retirement as the future is open-ended and unknown. Ikigai helps to visualise the future as a canvas that can be painted by your dreams and goals, without an end in mind. This does explain why many Japanese in their 80s are still achieving impressive goals while preserving an optimistic mindset.

Ikigai may seem too open-ended to some, but creating a basic framework to kickstart this positive, more driven lifestyle doesn't have to be a daunting task. Starting small is naturally the way to start: looking at the four pillars will give you a good indication as to where your priorities lie.

If what you love is correlated to what the world needs or what being able to be paid for doing something you're good at is where Ikigai's venn diagram helps make things easier to navigate. This will require time and a lot of introspection as people are generally more complex than simply being one of the four pillars. Mixing and matching is mostly inevitable and distinguishing your preferred blend will make the process much easier.

A tip to follow Ikigai's teachings is to simply let go. Although it may sound general, letting go usually entails the relinquishment of goals that can lead to an unhealthy obsession. Examples of this include money, power, status, and vices. The key to Ikigai lies in happiness, harmony, and most importantly, contentment - which is the opposite of being obsessed with certain goals. By finding joy in the smaller things in life and appreciating things as how they are, the path you create will reward the journey and destination of your goals, rather than just the latter.

Finding contentment and joy may include appreciation for the weather, a simple cup of coffee or even playing games or spending time with loved ones. Being present in the things you treasure is an effective way to slowly steer the mind away from negative thoughts and worries. Rather than thinking about situations beyond your control, crafting targets and goals that use Ikigai's principle will ensure that you act meaningfully and positively.

Overall, Ikigai has a clever structure that serves as a fantastic guideline to calm the mind and provide the focus needed to take initiative slowly that will lead to purpose and happiness that is ageless. Although it may appear grand and existential, taking things one step at a time will bring about a large difference in your life for the better.

The 7 Most Promising Tech Startups in Bangladesh

Bangladesh and Romania on Wednesday celebrated the 50 years of diploma ...