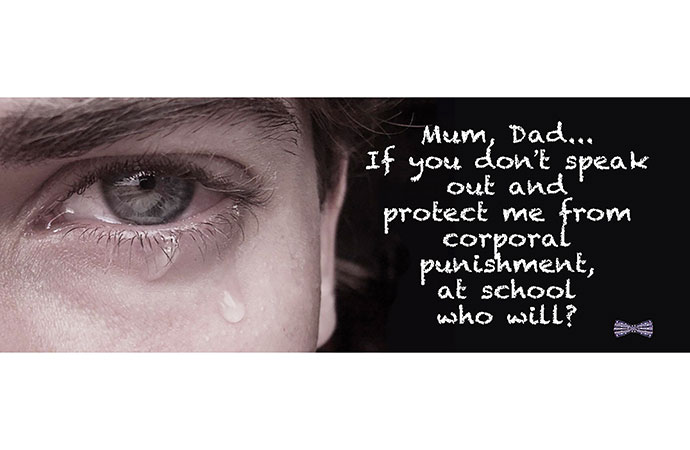 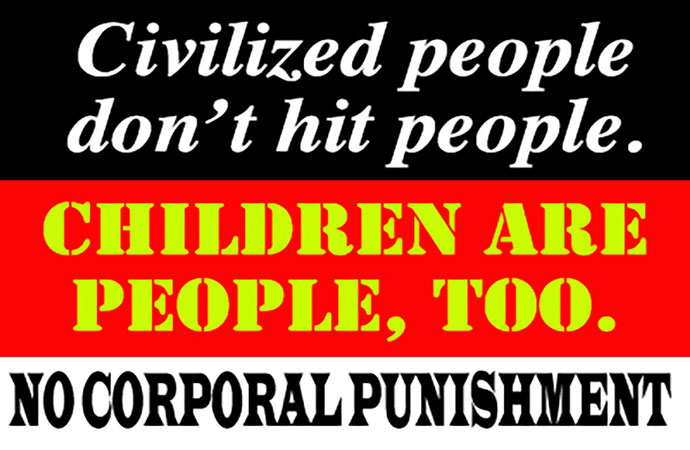 Some ‘teachers’ behave as if ignorance and stupidity were virtues

They say God works in many mysterious ways and the gift given by Him to the school children of Bangladesh this month (again) is NO corporal punishment.

Not because the 'teachers' have lifted their game and realized corporal punishment is without benefit, but because the children have not been at school, due to the Coronavirus Covid-19 pandemic.

In many respects Coronavirus Covid-19 has been their only friend in a long while that has unwittingly protected them from disgraceful torture and abuse.

Wednesday, January 13 commemorates the 10th anniversary of when the High Court of Bangladesh outlawed all forms of the despicable practice in schools and madrasahs.

You would think that after a decade some so-called 'teachers'/alleged learned persons would have rid themselves of their ignorance and learned from their folly and foolishness of trying to beat-in education to children. Some 'teachers' behave as if ignorance and stupidity were virtues.

It's been scientifically proved that corporal punishment doesn't work. It has never worked and there are literally thousands of studies from the top universities and experts worldwide that support this.

Alan Kazdin, Ph.D., a Professor of Psychology and Child Psychiatry at Yale University, for example, said: "You cannot punish out the behaviors that you do not want. Therefore, there is no need for corporal punishment. Corporal punishment is a horrible thing that does not work."

Our own learned High Court Justices Md. Imman Ali and Md. Sheikh Hasan Arif when outlawing corporal punishment in Bangladesh in 2011, declared corporal punishment to be "cruel, inhuman and degrading treatment and a clear violation of a child's fundamental right to life, liberty and freedom".

Name one person in the country... in the world... just one... who could contradict and overthrow that valid statement with solid support. Impossible!

Last November, Scotland was the first country to call a 'spade a spade' and refer to it for what it is, child abuse.

China's Educators are the latest who are forbidden to use corporal punishment, verbal abuse and other methods that could physically and mentally harm children.

"No institution of the State should use or promote violence," he said. "The Government has to be instrumental, deliberate and proactive in its message against violence."

Many countries in the world are trailing behind the example made by Sweden. Sweden drew a line under its "cruel, inhuman and degrading treatment" of children in 1979. Finland followed in 1983, but despite the enormous evidence against the horrific practice since, other countries are shamefully slow to follow.

Any President or Prime Minister who says, "children are our greatest asset" or "children are the future of the nation" and have not banned corporal punishment are downright hypocrites.

Bangladesh banned corporal punishment a decade ago, but to the nation's shame, there's overwhelming evidence that says the ban still needs to take affect in schools and madrasahs.

Corporal punishment has no place in modern society. If you disagree, explain to me how kicking, grabbing, shoving, slapping, pushing, pinching or confining children in a small space; taping their mouths shut, pulling their hair, tugging at their ears, belittling, mocking, embarrassing, swearing, cursing and robbing them of dignity, making them look foolish in front of their peers or breaking sticks upon their young tender hands, backs and legs, actually help their development - or the children who are watching - and help them to become upstanding Bengali citizens? I'm listening.

What about some God-fearing pious children who in good faith seek the love and blessings of Allah at madrasahs, but for some trivial misdoing find themselves confined in a darkened space, shut off from their friends and human contact, with heavy planks of wood chained to their feet to prevent their escape? How middle-aged and barbaric is that?

Will the world ever forget the incident at the Talimul Quran Mahila Madrasha in Kadamtali where 14 young girls mercilessly suffered excruciating pain and were physically scarred for life when the 'teacher' branded each child on their leg using a red-hot cooking spatula to give an example of what hell is like?

Then there are those poor children who commit suicide when their tears have dried and their agonizing plaintive cries for help land on deaf ears.

When ignorance and madness mix there is no telling what will happen.

Corporal punishment is wrong and defenseless. We all share a portion of blame for the injustice it does, whether we are parents of not. What we allow to happen is what we ourselves become.

Irish statesman Edmund Burke (1729-1797) summed it up when he said: "The only thing necessary for the triumph of evil is for good men to do nothing".

We must be mindful of the fact, however, there are many, many, many good teachers in Bangladesh, but, unfortunately, there are also many 'teachers' who do more harm than good and these must be weeded out irrespective of who they know or to which political party they belong.

Only questionable, incompetent 'teachers' complain about not getting respect from their students. Good teachers are given it automatically in response to the behaviour of the teachers towards them. Respect is never a one-way street. It is earned and reciprocated in equal portions and never freely given.

Education Minister Dr. Dipu Moni is facing this and a number of other problems, within the education system. I hope Allah will guide her, for the greater benefit of Bangladesh.

For now at least, Coronavirus Covid-19 is the best school friend and protector from corporal punishment the children of Bangladesh have ever had.

Happy Anniversary wishes to High Court Justices Md. Imman Ali and Md. Sheikh Hasan Arif for attempting in 2011 to rid Bangladesh of the evil scourge and barbaric practice performed by the incompetent and ignorant.

Sir Frank Peters is a former newspaper and magazine publisher and editor, a royal goodwill ambassador, humanitarian, and a long-time respected foreign friend of Bangladesh