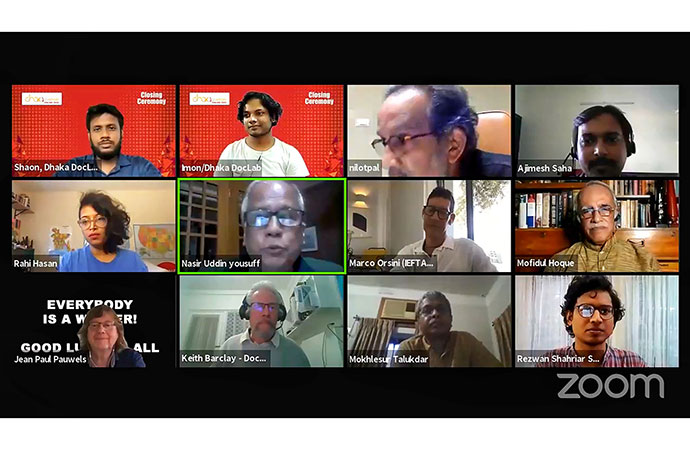 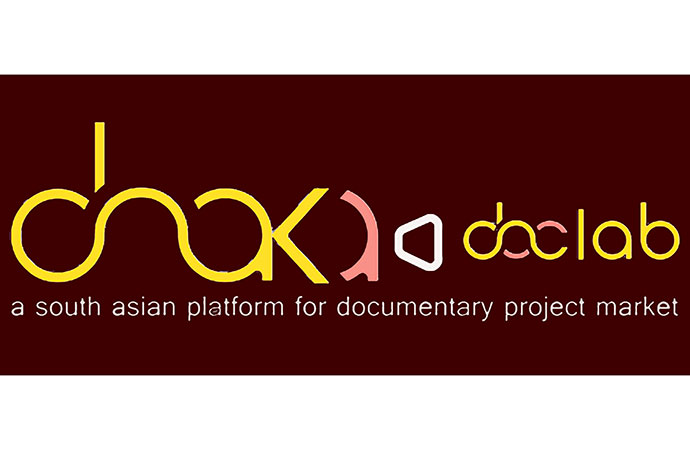 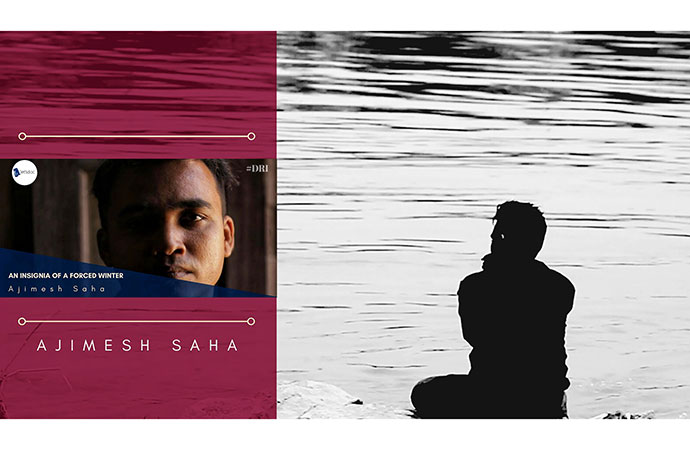 The journey towards filmmaking, especially the making of the documentary projects that showcase the significant stories of life and living under the fictional narratives - can be felt blissfully good, if the filmmakers get their desired and needed spotlight and support from society. Without proper distribution of those creative, visual story narratives and solving of several other aspects closely related to documentary filmmaking - the excellence of the documentaries cannot explore the world beyond the barriers. In order to address, discuss and solve issues related to those aspects, Dhaka DocLab again commenced assisting the up and coming documentary filmmakers for the fourth consecutive time - even challenging the hardship of the ongoing global pandemic of COVID-19, adopting the new normalcy of virtual arrangements.

The fourth edition of Dhaka DocLab, which provides an international platform for South Asian documentary project market in Bangladesh, has awarded Indian filmmaker Ajimesh Saha's 'An Insignia of a Forced Winter' the Best Project award for this year at its virtual closing ceremony on Saturday, October 3.

Having commenced on August 23, the first-ever virtual edition of this unique international workshop-cum-market pitching programme also presented six other awards this year, chosen from a glittering field of brilliant project submissions

Liberation War Museum trustee Mofidul Hoque said, "I would like to congratulate all the winners and participants of this year's Dhaka DocLab, a great initiative which the LWM has been hosted since it's beginning except for this year's online edition due to the ongoing pandemic situation. On behalf of the LWM, we also welcome the mentors who really joined hands and made this a very successful event."

"We have to give more space to the women according to our SDG goal, and it has been decided that the ratio of participation should be 30:70 but the goal is 50:50, and we hope that in next year's edition of Dhaka DocLab, it will be a 50:50 participation and more awards go to the women filmmakers," he added.

Thanking the participants, he also said, "It is really interesting to see how ideas are nursed and new creativities are opened up, and we look forward to all those young filmmakers who in this difficult times have opted for artistic expressions - which is not easy and not very supportive by the community, but we just inspired them anyway."

The custodian of liberation history also insisted on the importance of staying contemporary, pointing to the need for engagement and resolution to the Rohingya crisis, that forms a growing plank in the activities of the CGS at LWM. "I think the justice process, the recognition of the genocidal acts - these are also very interesting developments in spite of many of the big powers looking at the issue from the humanitarian perspective - but I think these films will also make impacts and we will make a change for the situation, and we are really hopeful."

In his vote of thanks, Dhaka DocLab chairman Nasir Uddin Yousuff said - "We have already congratulated the recipients of this year's Dhaka DocLab awards but those who haven't won, are equally played the role to make this Dhaka DocLab a success. We are grateful to our mentors who have given us their valuable times to develop the projects - and also the decision-makers for making the important decisions and also by showing their interest in Dhaka DocLab. And we are grateful for your hard work, as well.

Expressing his deepest gratitude to the Cosmos Foundation which has been the founding partner of the Dhaka DocLab, Nasir Uddin Yousuff said, "We want to thank our long-time partner for the last four years, Cosmos Foundation - which has always played a very important role each year, and they had also come up this year with a lot of support". He also thanked the Government of Bangladesh for its financial assistance like every year, even during this ongoing pandemic situation.

In addition to that, Nasir Uddin Yousuff also thanked Dhaka DocLab director Tareq Ahmed for his constant efforts for the last six months, co-directors Samia Zaman and Syed Imran Hussain Kirmany and all the volunteers for their constant support for Dhaka DocLab-2020.

Dhaka DocLab director Tareq Ahmed said, "Though it was a challenging scenario for us to arrange such a huge and important event entirely online during this ongoing global pandemic, we have successfully arranged this year's DocLab because of the constant effort and association of all the mentors, filmmakers, producers, organizers, our co-directors and our volunteers. Altogether everyone relentlessly tried to make it a success in this unprecedented time, and we hope when the time is right - we will resume our festivities in our regular arrangements like the previous years. We thank all our partners in this DocLab, especially the Government of Bangladesh and the Cosmos Foundation for the constant support behind this initiative."

Rahi Hasan, Program Coordinator of the Documentary Arts Continuing Education Program, CDS at Duke University in the United States, presented the 'Center for Documentary Studies at Duke University Award' to Rawyan Shayema directed film 'Chronicles of Pandemic!'. "As part of this first-ever fellow partnership between CDS and Dhaka DocLab which is the maiden international partnership for the CDS, the fellow (Rawyen) will be able to come to the US in Durham, North Carolina; the travels and other costs will be covered, she will be able to take a week-long summer intensive in our program. Also, there will be networking opportunity through a couple of networking events which will be involved personalities from the industry in North America and other places."

Hosted entirely online for the first time due to the ongoing global pandemic of COVID-19, the Dhaka DocLab-2020 had its Mentoring Session (South Asia and Asia Pacific) on August 24-27 and its Rough Cut Lab session on September 13-15. The Pitching session for this year took place on September 29-30, followed by the 'One-to-One Meeting Session on September 29 to October 02 2020. The pitching session was joined by 30 renowned panellists including eminent documentary filmmakers, television broadcasters and festival organizers around the world.

Dhaka Independent Film Network (DIFN) is organizing the Dhaka DocLab since 2017. Government and non-governmental organizations, including the Cosmos Foundation, International Emerging Film Talent Association (IEFTA), Docedge Kolkata, Docedge New Zealand, the Liberation War Museum and the Access to Information Project (a2i), along with the Government of Bangladesh have been the partners behind the Dhaka DocLab-2020.

Hobbies at the time of Corona

A game changer in the field of ...

It&rsquo;s become something of a recurring theme, particularly over th ...

Made to stare at a bright light by seniors, DU stude ..

Václav Havel and the meaning of socialism

A game changer in the field of MFS

‘Tagore Songs’ is my love letter to Rabindranath Tagore and his ‘Sonar Bangla’: Mika Sasaki
Senior citizens in Bangladesh—are they gold and respectable?

Václav Havel and the meaning of socialism

NATIONAL . The Bangladesh Association of Banks