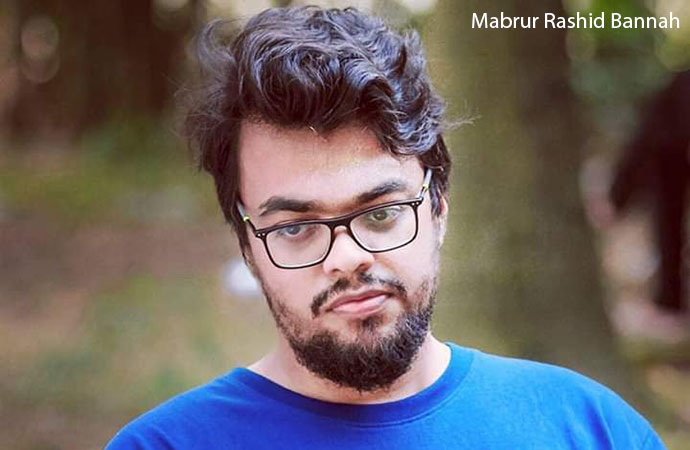 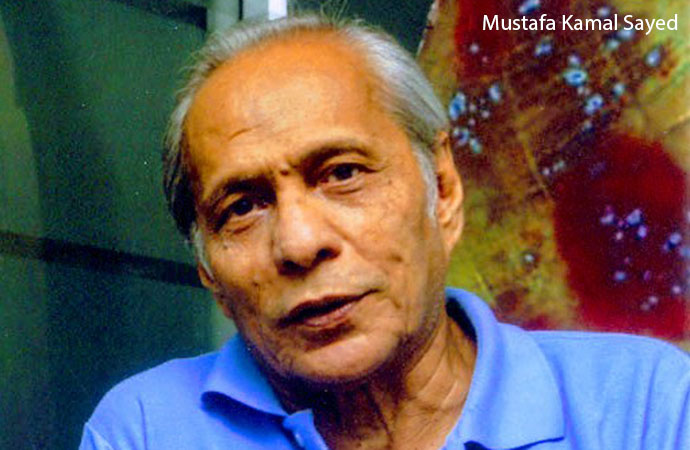 "Mustafa Kamal Sayed, my Sayed sir - he was a man of quality. Sir is the reason our audience at home and abroad got to see the work of the many content creators like me on television, who got their first 'big-break' on the screen of NTV under his guidance" Bannah explained how he got his first immersive opportunity from Mustafa Kamal Sayed to showcase his talent through NTV as a storyteller.

Further explaining the then-circumstances, Bannah continued - "During the years of 2010 and forward, several prominent and legendary Bangladeshi directors were showcasing the best of their works in their prime under the brilliance of Sayed sir. While the quality of the contents was top notch, there was little room for content makers like us - the newcomers. As NTV has always been a very coveted platform to the content creators since its inception for broadcasting exceptionally good contents - I also cherished the dream and sent my script of a package drama titled 'Flashback' to NTV. That time, I was working as an assistant director."

"In television channels, many directors submit several of their drama scripts - and Mustafa Kamal Syed used to go through every single of those submitted copies. Not only he used to read those scripts, he often suggests brilliant ideas that eventually polished many of the popular NTV drama and series. I heard those stories and was pretty sure my drama was heading to the trash, as I stand no chance in front of a legend like his calibre. I was struggling at that time in my career - I was rejected for exactly 57th times with my stories in between 2010 to almost the whole year of 2011. Then one day, in a beautiful afternoon in the jam-packed Dhaka, I got a call from NTV office to meet this angelic gentleman. When I went there, I was almost confirmed in my mind that I screwed up, now it has become the 58th time. It was almost evening, and beyond my expectation, I got to know that sir was waiting to have a chat with me about my script even after his office hour" - Bannah expressed the amazing story of meeting the legend for the first time.

What was Sayed's opinion about the script? "Well, to be honest, I was still believing that I have no chance. To my utter disbelief, he praised my story and narrative and offered me a slot if I can make a quality drama out of my script. I was surprised but I felt the rejoice as I was pretty confident that I would not let anyone down. I made the drama with my heart and soul, submitted and a few days later I got a call again. Here is another amazing fact about the extraordinary gentleman - all those calls I received directly or through other people from Sayed sir, were from telephone numbers. He never used a cellphone, but always remained extremely professional and conscious."

"Anyway, I answered the call, met for the discussion and to my sheer surprise he told me that not only he liked the drama, but he would also like to telecast it into the prime slot of December 16, the Victory Day of Bangladesh as the story was based on our glorious Liberation War with special focus on current and previous timelines. Not only that - he also managed not to cut a single second from the final 49 minutes time frame that I edited in my final submission (in television, every second is important, in terms of revenue of advertisements) - which was a huge and courageous attempt as the allotted slot for my drama was 40 minutes - and I can bet that no one would dare to spare those minutes to promote a newcomer's directorial debut but my Sayed sir. And because of him, my solo directorial debut drama 'Flashback' was telecasted into NTV on December 16, 2011 - a pride that I will always carry till my last breath". Bannah explained the details about how he got his first break on screen as a content maker, through Mustafa Kamal Sayed's unconditional support.

Now one of the most successful directors of the country, Bannah whole-heartedly credited Mustafa Kamal Syed for his success. "That drama, 'Flashback', was indeed my big break - as I started receiving opportunity after opportunity since then. I also made my first Eid drama and first series for NTV in the following years because of that relationship, and never compromised in quality because my guardian angel was always there to guide me. I learned some of the best life lessons from him, in between our conservations. His simple, ideal lifestyle made me realize how important to be a family man in this industry - which he totally was. His ability to manage everything, from his work duties to his family responsibilities - made me realized how a creative person can remain a socially organized and successful human being. He was pious at the same time, I always saw him attending his regular prayers. Moreover, he was an all-rounder who always had an eye for every possible attention to detail. He never stigmatized, generalized or wrongfully judged any talent or any content, and he is the reason I am what I am now, like many other superstar content makers and performers of our country who have been refined through his Midas touch".

‘Brightening the Spirits with Art’