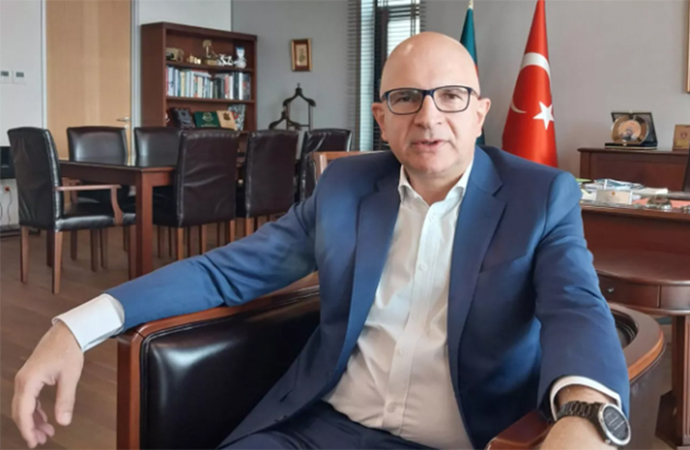 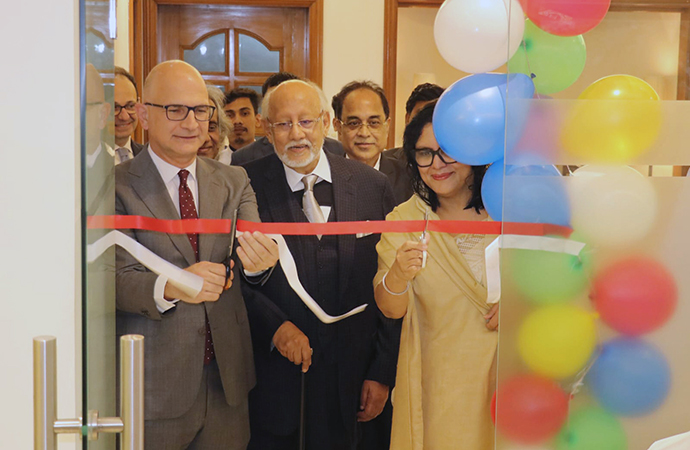 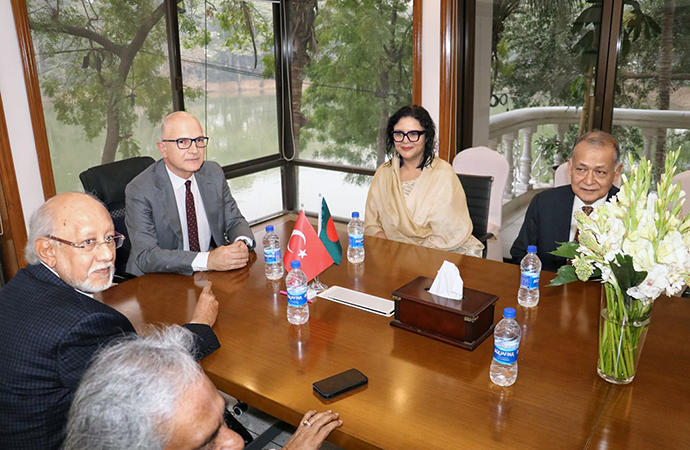 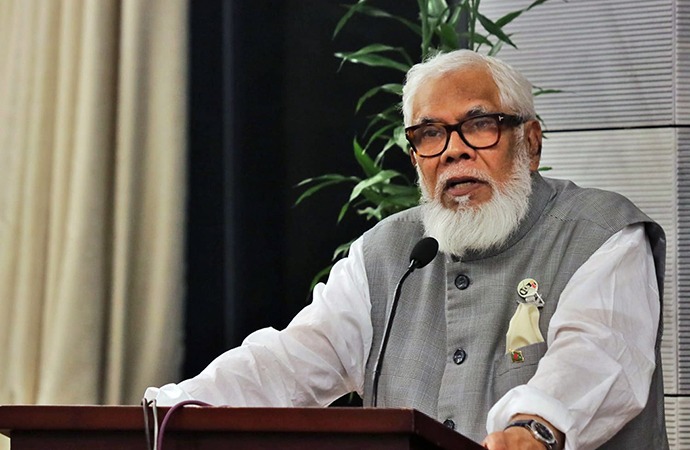 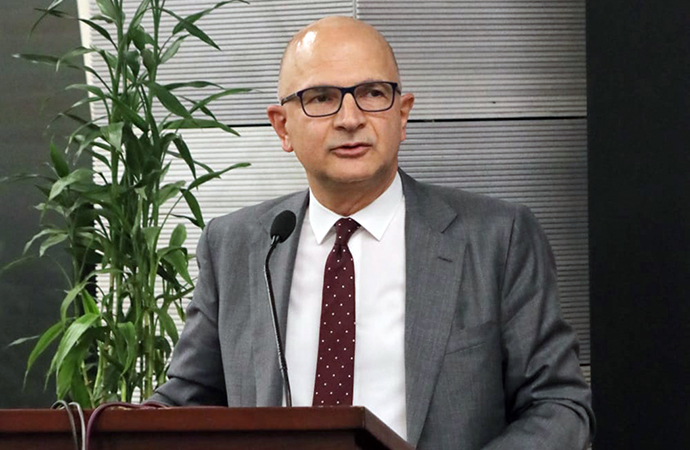 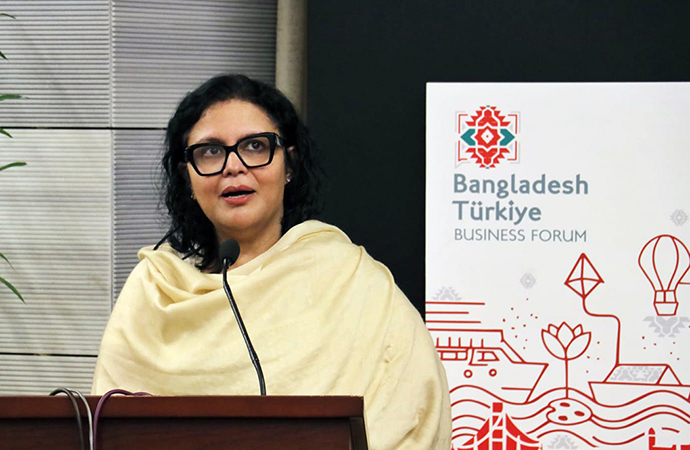 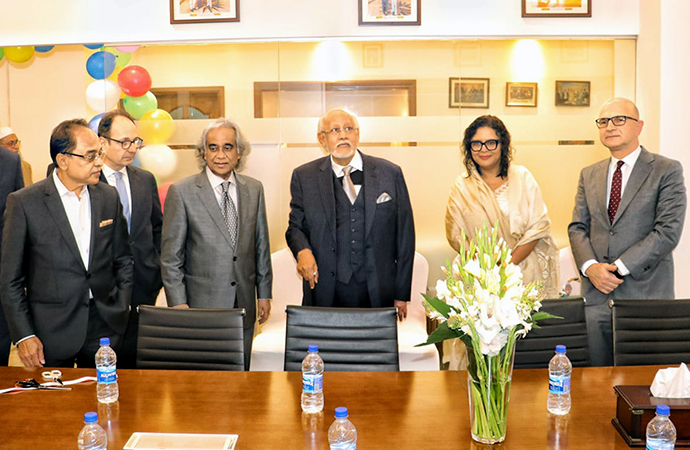 Bangladesh-Türkiye Business Forum to promote trade, investment in both countries, he says

Outgoing Turkish Ambassador to Bangladesh Mustafa Osman Turan has credited "very strong leadership" on both sides and deep political trust for the significant progress in Dhaka-Ankara relations in recent times - with growing economic and defence cooperation hand in hand.

"I think there are a couple of factors. One is the fact that both countries - Turkey and Bangladesh - are growing economies; and they have high growth rates and very strong leadership on both sides," Turan told UNB in an exclusive interview.

The Turkish envoy, who is set to complete his tenure later this month, said they have found the opportunity to increase their trade and investments.

"I think Bangladesh and Turkey have very complementary economies; we can diversify our trade and increase the volume up to $2 billion in the years to come. Currently, it's around $1.2 to $1.3 billion," Ambassador Turan said.

The two countries were aiming for $1.5 billion trade annually but it slowed down because of the current global economic crisis.

"But I am confident that we can increase our trade to $2 billion easily in the next one or two years," he said.

Turan said there is a "political aspect" which he sees as a "political factor" behind the stronger bilateral ties between the two countries.

Turkey is now considered as one of the most reliable partners of Bangladesh, he said. "We can safely say this."

The ambassador explained that the two countries maintain cooperation in defence.

"We were able to sign some contracts recently, in the past one year in particular. This shows and proves that the relations between our countries at the political level are based on mutual trust," he said.

Ambassador Turan referred to his recent farewell meeting with Prime Minister Sheikh Hasina and said she confirmed that the "defence cooperation will continue" between the two countries.

"We are hoping that after the economic troubles everywhere around the world are over, we will enhance our defence cooperation. So, that's a very good indication," he said.

Politically speaking, the Turkish envoy said, they are hoping that after the elections in both countries, respective leaders will have high-level visits.

Turkey will hold presidential and parliamentary elections in mid-2023 while Bangladesh will hold the next national election in January 2024.

At the end of his three years tenure in Bangladesh, Ambassador Turan said he is confident that the upward trend in relationship will continue and their trade and investments will be diversified.

ICT and pharmaceutical industries appear as promising fields of cooperation as well as agro-industry and light engineering, he said.

Bangladesh can also benefit from growing interest of the Turkish contracting companies to participate in infrastructure and transport projects.

As a result of growing interactions between businesses and entrepreneurs, the Turkish Embassy in Dhaka took the initiative to encourage and support the establishment of 'Bangladesh-Türkiye Business Forum' (BTBF).

"Now, we have a leadership of the business forum and there will be a legal status as it will be formed as a trust," said the Turkish ambassador.

With this business forum, he said, there are three objectives. One of the objectives is to promote trade and investments in both countries. The second is to facilitate business partnerships and the third is to rebrand Bangladesh in Turkey and rebrand Turkey in Bangladesh through exchanges, said Ambassador Turan.

He also highlighted the importance of cultural exchanges because the two countries have a strong shared cultural history and values. "The Business Forum would bring to light historical facts about our countries."

The Ambassador said they have tried to promote Bangladesh in Turkey because their business community does not know enough about the country and the opportunities it offers. "I think here we have done a good job together with the Government of Bangladesh."

"I think the level of awareness in Turkey about the opportunities and potential in Bangladesh is increasing day by day," he said, adding that another factor - people to people contacts - also contributed to growing relations.

The ambassador said he suggested to the Bangladesh PM that the two countries can establish cultural centres reciprocally. "We will look into that possibility. I think she was positive because she really likes our culture. I gave her a culinary book on Turkish cuisine because I know she likes to cook. She really appreciated the gift."

The ambassador said the two countries can also increase cooperation between universities. "Education is a very important area; we can do more in this field."

Responding to a question on Rohingya repatriation, Ambassador Turan said Turkey has been supporting Bangladesh but the problem is that the key goal for safe repatriation is yet to be realized.

"Of course, repatriation is the real solution to this issue. But it requires the Myanmar government to prepare the favourable conditions for repatriation. They need to be willing to receive their own people. And it must be a safe, voluntary and dignified return," he said.

Ambassador Turan said he will always remember the scenic beauty of Bangladesh. "I had an opportunity to fly over Bangladesh by helicopter. And when you fly by helicopter, you can see more because it's close to the ground - how beautiful it is."

He said he is hoping that there will be more tourism in Bangladesh to highlight the natural beauty of the landscape.

"Yes, I wanted to try Pathao, because one of the important memories I have here is that I interacted a lot with young entrepreneurs and start-ups. Pathao is one of them," said the Ambassador, adding, "And I wanted to see how it works. It worked really well and helped me arrive on time at my farewell dinner hosted by the Palestinian ambassador!"

BTBF launched to usher in new era of economic cooperation

With an aim to promote bilateral relations, the Bangladesh-Türkiye Business Forum (BTBF) was officially launched on January 17, 2023 paving the way for a new era in trade and investment between the two countries.

"This is an important occasion for us because our countries are building another bridge through this business forum," said outgoing Turkish Ambassador Mustafa Osman Turan.

Prime Minister's Private Industry and Investment Adviser Salman F Rahman spoke at the event as the chief guest which began with brief classical music at the Turkish Embassy in Dhaka.

An hour before the launching event at the Embassy, Ambassador Turan together with the BTBF leaders opened the office of BTBF at "Marina Mansion" at city's Gulshan-2.

PM's Adviser Salman Rahman said there is a huge potential though the trade between the two countries are increasing. "There is room for much more."

He said big companies' presence in Bangladesh from Turkey is a kind of certification that encourages companies across the world to come and invest in Bangladesh.

Salman Rahman said tourism can be another potential area for both sides that brings two countries closer.

He said the forthcoming joint economic commission's meeting to be held in Dhaka is very important and BTBF can play a role prior to the meeting between the two countries identifying the opportunities to take the relations forward.

Salahuddin Kasem Khan termed the launching event a "landmark occasion" and said their main role in the BTBF will be to play a role in attracting more foreign direct investment (FDA) from Turkey.

Apart from promoting trade and investment, he said the BTBF will help promote art, culture and people to people relations.

Rubana Huq said Turkiye imposed a 17 percent safeguard duty on the RMG imports from Bangladesh and other least developed countries (LDCs). "That made things very difficult for us to compete."

She, however, said there are endless areas of collaboration.

Ambassador Turan said promoting trade and investment was a big part of their agenda during his tenure in Bangladesh and there is nothing better than leaving BTBF behind as one of his humble legacies in Bangladesh two bring two countries closer and together.

He said the joint economic commission meeting in Bangladesh will add new values in the bilateral relations.

"Bangladesh has become my second home. Definitely, I will come back," said Ambassador Turan, adding that he will remain an ambassador of Bangladesh in Turkey to promote the relations.

At the end of his three years tenure in Bangladesh, Ambassador Turan said he is confident that the upward trend in relationships will continue and their trade and investments will be diversified.

As a result of growing interactions between businesses and entrepreneurs, the Turkish Embassy in Dhaka took the initiative to encourage and support the establishment of 'Bangladesh-Türkiye Business Forum' (BTBF).

With this business forum, he said, there are three objectives. One of the objectives is to promote trade and investments in both countries.

The second is to facilitate business partnerships and the third is to rebrand Bangladesh in Turkey and rebrand Turkey in Bangladesh through exchanges, said Ambassador Turan.

He also highlighted the importance of cultural exchanges because the two countries have a strong shared cultural history and values. "The Business Forum would bring to light historical facts about our countries."

Grey Francolin walks 'a rapid and pretty gait that s ...

‘I have a very emotional and imaginative relationshi ...