Hidden Laundering of Plant and Animal Species in Bangladesh 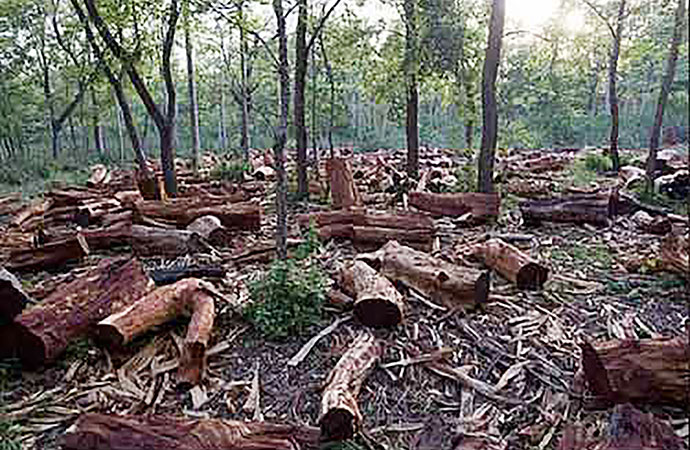 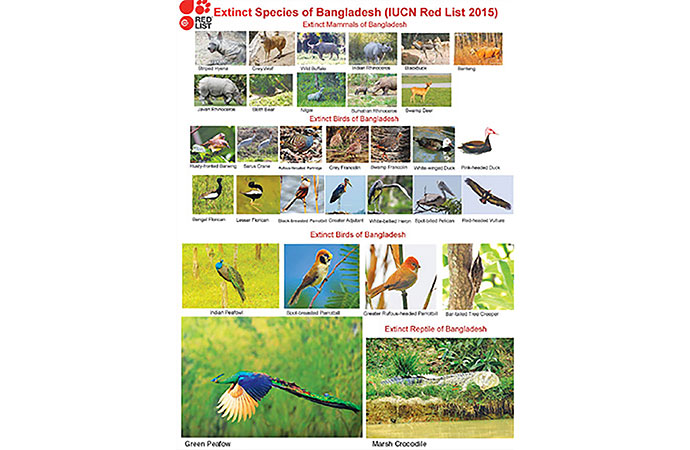 World resource institute mentions, over the years, deforestation has reduced the forested vicinity of the world by half. By maintaining the stability of the atmospheric carbon dioxide, forests help avert global warming consequential from the green house effect and influence the microclimate.

Bangladesh has very little forest swathe. At present it is around 6 to 8% of the total land area which is much less than the desirable level of 25%. There are a lot of constraints to conserve the forest biodiversity in Bangladesh. We are eliminating population of species faster than we can find out new ones. We cut down thousands of acres of virgin forest before we explore what was there. We reinstate our naturally diverse shrubbery with artificial monocultures.

Cultivation of space invader and exotic plant species has become a widespread culture in Bangladesh. Forest areas are not out of intensive cultivation because of land encroachment and growing population. Alien invasive species are those species that becomes established in natural or semi-natural ecosystems or habitat is an agent of change and threatens native biological diversity (IUCN Guide, 2000). They are non native organisms have potential to harm the environmental stability. It forms in all taxonomic groups-including viruses, fungi, algae, mosses and ferns. More than 300 exotic plant species are assumed to be cultivated as economic crops in Bangladesh. Such as, Mahagany (swietenia mahagoni), Akashmoni (acacia auricoliformis), Eucaluptus(eucalyptus spp), Minzium(acacia mangium) etc. Forest land are going under the suppression of commercial cultivation because at Sal forest, native plant species like kumbi, koroi, banza, sheura, jalpai, amloki, bohera are being replaced by alien species like rubber, acacia, eucalyptus, pine apple, teak etc. Similarly at Hill forest, native plant species like telsur, garjan, koroi, chapalish, dhundal are being replaced by tobacco, sugarcane, cotton, turmeric, groundnut, maize, teak etc.

Some invasive weeds are farming at hill, wetland, marshland, roadsides of Bangladesh which are imported from South America, tropical America and Indonesia. Such as, Ageratum conyzoides, Ageratum conyzoides, Cassia occidentalis, Comelina oblique, Croton bonplandinum, Lantana camara, Assa-lata/tarulata, Mimosa pudica. The shoots of alien species have been reported to grow up to 27mm a day; kill others plants. Damages young plantations; It competes for high amount of water and nutrients; exotics Plant releases substance that hold back the intensification of other plants through allelophatic impacts; creates a atmosphere that are not sustainable for protected animals.

Research mentions, there are a total of 138 different species of wildlife mammals in Bangladesh, 11 of which are now recorded as extinct. Among the existing mammals, 17 species are categorized as Critically Endangered, 12 are endangered and 9 are Vulnerable. The Red List estimates the risk of extinction of a certain species in order to help to set conservation plans and priority. Habitat losses by changing pattern of climate and forest ecosystem as well as human intervention in the forests are considered as some of the primary reasons for the extinction of these species from the country. In 2000, the IUCN published the Red List of Fauna Species in Bangladesh, covering the status of 895 wildlife species under five categories - mammals, birds, amphibians, fish and reptiles. The 2000 list labeled several species, including gangetic gharial, saltwater crocodile, hoolock gibbon, Phayre's leaf monkey, ritha fish, pangas fish and baghair fish, as "critically endangered" due to the loss of their habitat and food scarcity. The new Red List initiative has included two more categories - butterfly and crustacean (snails, crabs and shrimps), and the number of species has been increased to around 1,700.

It is worth mentioning here that Bangladesh is a State party to all of these aforementioned international legal instruments. Also it is one of the mega biodiversity states in this present world and a wide variety of animal diversity is found in the wilderness areas of this country. Article 18A of the Constitution of Bangladesh deals with the protection and improvement of environment and biodiversity and provides, "The State shall endeavor to protect and improve the environment and to preserve and safeguard the natural resources, bio-diversity, wetlands, forests and wild life for the present and future citizens".

In 2008, there are about 191 countries emphasized to reduce the impacts of alien species at forest area. According to the world biodiversity article (8) − it is essential to avoid the cultivation of invasive species to protect the local plants, animals, micro-organisms and natural environment. The enactment, implementation and enforcement of legislations on the cross-border movement of wildlife animals are performed by the national bodies of individual States.

We have to enhance wakefulness among wildlife lovers, planters, growers and the public about invasive species and wildlife protection, reproductive biology and ecological legislations.

Lebanon at A Loss: Once Again