Bangladesh: On the frontline of a planet in peril 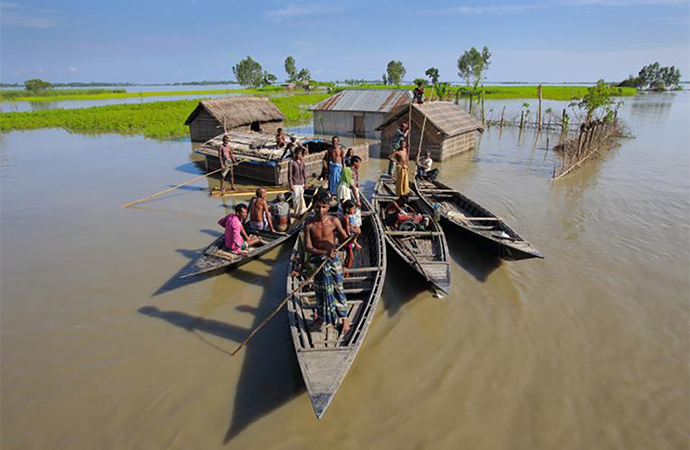 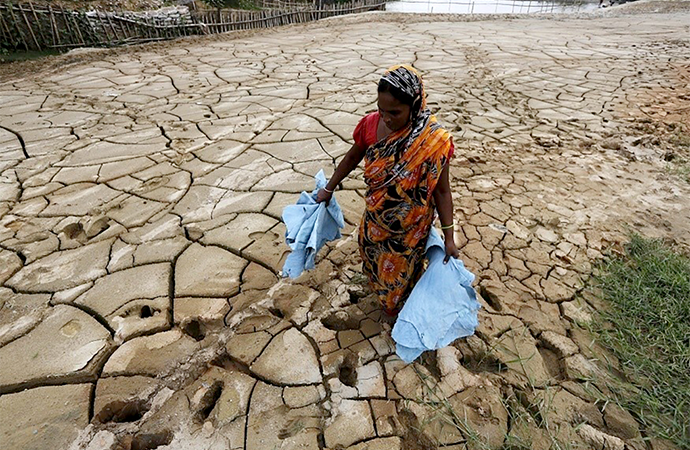 Nowhere is the climate crisis more pressing or more potentially catastrophic than Bangladesh, for the simple fact that nowhere else do we see a greater swathe of humanity under threat from its worst effects.

According to the Environmental Justice Foundation, by 2050, with a projected 50 cm rise in sea level, Bangladesh may lose approximately 11% of its land, affecting an estimated 15 million people living in its low-lying coastal region.

It isn't something the country brought upon itself. As a late comer to industrialisation, the country's contribution to anthropogenic climate change, for which the Industrial Revolution that started in 19th-century Britain was a catalyst, has actually been minimal.

That is why as the current chair of the Climate Vulnerable Forum, a group of 48 countries that are most disproportionately affected by the consequences of global warming, it is working hard for a fair and equitable deal to be reached at the next UN-led conference on the issue (COP26), set to be held in Glasgow in December.

Experts have long bemoaned the fact that the wealthier, industrialised countries - the ones who have historically contributed the most to the depletion of the ozone layer - still put up a reluctant front when it comes to taking responsibility now for addressing the problem.

"Bangladesh has been hit hard with extreme weather caused by climate change for years. Climate change is a global phenomenon that needs a global solution through collective efforts," noted climate expert Dr Ainun Nishat on the occasion of World News Day.

Dr Nishat said they have been talking about climate finance for several decades for combating climate change impacts, but sufficient funds have not been allocated globally.

"It's necessary to sensitise global leaders regarding climate financing and keep their commitment to reducing carbon emission. The upcoming COP-26 Summit will create an opportunity to do this," he said.

World News Day was observed in Bangladesh as elsewhere across the world this week (Tuesday, September 28), highlighting the critical importance of credible journalism in providing trustworthy information about the climate crisis.

Environment experts said about 700,000 people in Bangladesh become refugees every year due to the natural disasters which are said to be intensifying with climate change.

They point out that per capita carbon dioxide (CO2) emission in Bangladesh is 0.46 tonne per year while it is about 10 to 15 tonnes per year in the developed countries.

Alongside reducing carbon emissions, the analysts said developed nations must help Bangladesh with mitigation and adaptation efforts, necessary funds, resources and technology to prepare it for the inevitable losses of lives, livelihoods, habitable land, and the resulting human migration.

According to a recent report of Global Climate Risk Index 2019, Bangladesh was the seventh most-affected country in the world by "extreme weather events" over the 20 years from 1998 -2017.

A study by Brac, a Dhaka-based international NGO, said two-thirds of the country's land is less than five metres above sea level, and floods are increasingly destroying homes, croplands and damaging infrastructure.

Besides, around 10,000 hectares of land is lost every year due to riverbank erosion, the report said.

Bangladesh has long been witnessing an abnormal shift in its traditional six seasons due to changes in temperature, wind-flow and rainfall patterns, threatening the country's future food security.

Renowned environmental expert Dr Atiq Rahman, who was recognised by the UN as one of the Champions of the Earth in 2008, said the country's farmers are facing immense difficulties with the cultivation of various crops due to abnormal weather events.

Citing an example, he said, farmers face problems in the process of 'retting' required for jute plants, for lack of rainwater, while they cannot plant their paddy during the traditional monsoon period for lack of adequate rainfall.

Dr Rahman, executive director of the Bangladesh Centre for Advanced Studies, said the winter is getting less biting gradually in the country, but at the same time getting foggier.

"Crops are being affected adversely by the increased fog. The overall uncertainty in crop production in Bangladesh is on the rise."

Dr Nishat thinks wind-flow and precipitation patterns always play a role in breeding of animals and plants. "The rise in temperature and changes in wind-flow and rainfall patterns ultimately lead to disarray in the agricultural calendar that has long been followed by the farmers of the country. It's also harming the food chain."

Besides, he said flash floods and droughts caused by global warming are affecting crops production in the country.

Rise in sea level and salinity

At the high end of the estimates across both local and international studies, around 30 million people are "predicted to be at risk" from sea-level rise in Bangladesh by 2050.

Dr Nishat said the annual rise in sea level in Bangladesh ranges between 6mm and 20mm: "It has a serious impact on the country as salinity is increasing, contributing to rising in climate-induced migration."

He said people in the coastal district of Satkhira are already migrating to different places being displaced by rising salinity - another pernicious problem that is also threatening the rich ecosystem of the Sundarbans - the world's largest mangrove forest, and a World Heritage Site nestled in the south-west corner of Bangladesh, right on the Bay of Bengal.

Salinity mainly affects land and water in coastal areas. With the consequence of climate change, it gradually extends towards inland water and soil. This scenario of gradual salinity intrusion into the coastal areas of Bangladesh is very threatening to the primary production system, coastal biodiversity and human health, said researchers.

In the last 35 years, salinity increased around 26 percent in the country, spreading into non-coastal areas as well.

A study conducted by the World Bank indicates that climate change will cause significant changes in river salinity in the southwest coastal region during the dry season (October to May) by 2050, and will likely lead to shortages of drinking and irrigation water and cause changes in aquatic ecosystems.

According to environmentalists and geologists, if the sea level rises by just 1 meter, 70 percent of the Sundarbans, which also provides a natural protective shield against natural disasters (mostly the cyclones that originate in the Bay), will be submerged, destroying its biodiversity and environmental balance.

As per the climate model projections, the Sundarbans area will face a 2-3° C rise in temperature during the 2050s.

If the sea level continues to rise, approximately 491 sq.-km (11 per cent) of the Sundarbans (Bangladesh part) will be inundated by 2050, along with the flora and fauna, which will be disrupted throughout the forest and beyond.

Dr Nishat said the Sundari tree, one of the most extensively found mangrove species in the Sundarbans, will disappear after 20-30 years if the salinity continues to rise. "Other plants and animals that can't tolerate salinity will also die gradually."

A study titled 'Combined effects of climate change and sea-level rise project dramatic habitat loss of the globally endangered Bengal tiger in the Bangladesh Sundarbans', warned that the Sundarbans' famed 'Royal Bengal Tigers' could be gone within 50 years, especially from the Bangladeshi part, because of constant rise in sea levels and climate change.

A clarion call for the most vulnerable

In her address to the UNGA last week, Bangladesh Prime Minister Sheikh Hasina urged the rich and industrialised countries to cut emissions, compensate for the loss and damage, and ensure adequate financing and technology transfer for adaptation and resilience building.

Addressing a closed-door leaders' meeting arranged for a small group of heads of state and governments on Climate Change at the Trusteeship Council of the UN Headquarters, she placed a six-point proposal before the global leaders with COP-26 just a few months away.

The proposals include strict implementation of the Paris Agreement to keep the global temperature rise below 1.5 degree Celsius (from pre-Industrial times), and realisation of annual $100 billion climate fund from the developed countries (with 50 percent going towards adaptation and resilience for the most climate-vulnerable countries).

Despite being a climate-vulnerable country with resource constraints, Hasina said, Bangladesh has emerged as a global pioneer on adaptation and resilience - thanks to the ingenuity and quest for survival of its people living on the frontlines of the crisis for generations.

They are the people most at-risk as month after month and year after year we witness new temperature records being set that should leave no one in doubt: the problem is very real. We have only one planet. Now do we care to save it?

Freed small can be smart and tall