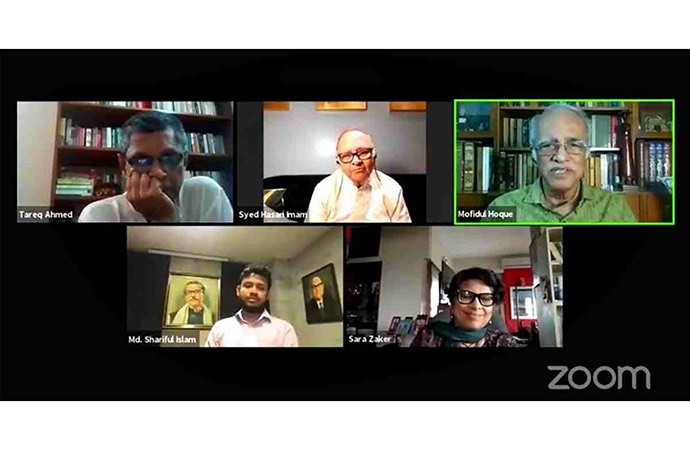 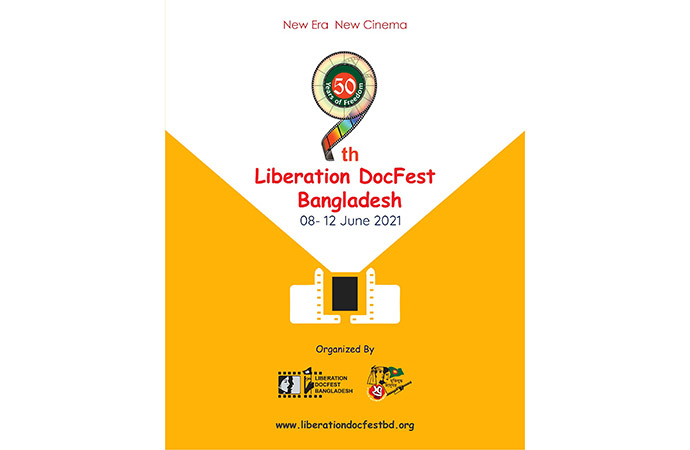 Virtually connecting documentary film enthusiasts around the world, the 9th edition of Liberation DocFest, organized by the Liberation War Museum (LWM), began on Tuesday, June 8th. The five-day international festival is being been held virtually for the second years in a row, due to the ongoing global pandemic of COVID-19.

On Tuesday, a virtual inauguration ceremony was arranged from the Facebook page of Liberation DocFest. Hosted by Festival Programmer Shariful Islam Shaon, the event was joined by Syed Hasan Imam, freedom fighter, actor and noted cultural personality of the country, as the chief guest who was connected from the United States. The inauguration ceremony was also joined by Liberation War Museum trustees Sara Zaker, Mofidul Hoque and Dhaka DocLab director Tareq Ahmed, also the director of the Liberation DocFest.

At the inaugural ceremony, the five-day-long festival was virtually inaugurated by Syed Hasan Imam. Lauding the initiative alongside reminiscing his own experience of documentary filmmaking during the Liberation War, he said, "This wonderful festival will not only preserve the glorious journey of our Liberation War; but also help the young film enthusiasts to know more about the struggles centred around independence and human rights. Documentaries from different countries and continents have come to the festival, and this is creating a link between the struggling people around the entire world, longing for their rightful demand of liberation."

"Acclaimed filmmaker Zahir Raihan directed 'Stop Genocide' has linked the 1971 Liberation War of Bangladesh with the struggle of the exploited people all over the world. I had actively associated the film through channelling financial aid from the Indian Film Producers Association, for making the documentary at that time. 'Stop Genocide' was the first picture to preserve the history of our glorious Liberation War, and I am glad that it is being showcased in this wonderful festival," he shared his experiences of being involved in the process of documentary filmmaking during the Liberation War.

Thespian and LWM trustee Sara Zaker said, "The Liberation DocFest has earned its significance as an annual festival through which we uphold, discover and celebrate the history of our glorious Liberation War. In addition to writing down and saying things, it is also important in today's world to document them on video, deliver them to people, save them for the future generation to learn and take notes from history. Considering these very relevant aspects, we are really happy that we are doing this meaningful festival again, this year."

Echoing the same, Mofidul Hoque said, "This annual festival has come a long way over the years, and it is a matter of honour and pride that our LWM is integrated with this extraordinary and 'flagship' initiative, dedicated to documentary filmmaking in order to highlight the struggle for Liberation and Human Rights of people in various parts of the world. Our young generation has been working to make the festival a great success. Through this documentary festival, these representatives from the new generation are uplifting the glory of our Liberation War. With this empowerment of connectivity, Bangladesh will move forward and we are proud that the Liberation DocFest is magnifying this power."

Mentioning the key aspects of the Liberation DocFest 2021, festival director Tareq Ahmed said, "We are trying to do something different at the festival. We have a specific section dedicated to our youth juries, completely participated and monitored by young film enthusiasts. In this category, awards are given to the best National and International projects. Apart from that, we are daily screening interesting documentary films that we received from all over the world and holding exciting workshops and webinars."

Speakers at the inaugural ceremony also commemorated the deceased members of the Board of Trustees of LWM: social activist Ziauddin Tariq Ali, eminent thespian-communications expert and cultural personality Aly Zaker and poet and architect Rabiul Hussain. All of them pioneered and accelerated the glory of this special festival, the discussants mentioned with the utmost respect.

As part of the interesting and interactive talk sessions, a total of 8 'Artist Talk' webinars are being held with the directors at everyday 4 pm and 9 pm. Discussions on 'Home, and a Distant Archive', directed by Dorothy Cheung and 'Memory Minka' by Luis Cintora took place on June 8; 'JoloGuerrilla'71 by Sumon Delwar and 'Son of The Streets' by Mohammed Almughanni was discussed on June 9, 'Merciless Mayhem' directed by Fuad Chowdhury and 'Gaze to the Touch' by Maria Pronina was discussed on June 10 and 'Why not' by Sheikh Al Mamun and 'Jonmo Sathi' by Shabnam Ferdousi was discussed on June 11. Total 4 panel discussions are also being conducted during these four days. 'Young filmmaking community: Academic Education and Film as Career' took place on June 8, 'Involving Youth in Documenting "Mukti Juddho"' took place on June 9, 'Women filmmakers as a community: Post independent Era' took place on June 10 and 'South Asian Documentary Filmmakers: Looking for Alternative Narrative and Platform for Showcasing films' on June 11.

The 9th edition of Liberation DocFest is set to be concluded with the Closing and Award Giving Ceremony at 7 pm on June 12. Viewers can explore the schedule and enjoy the films by visiting and registering themselves at www.liberationdocfestbd.org. The discussions and webinars are available for everyone on the Facebook page of Liberation DocFest.