An illustration of fragmentation of human character 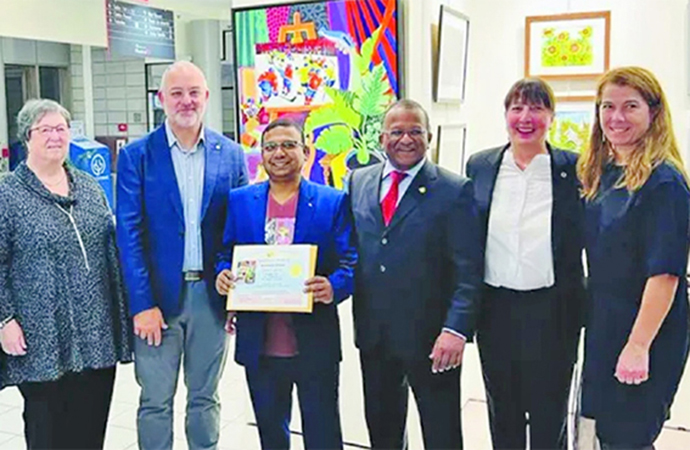 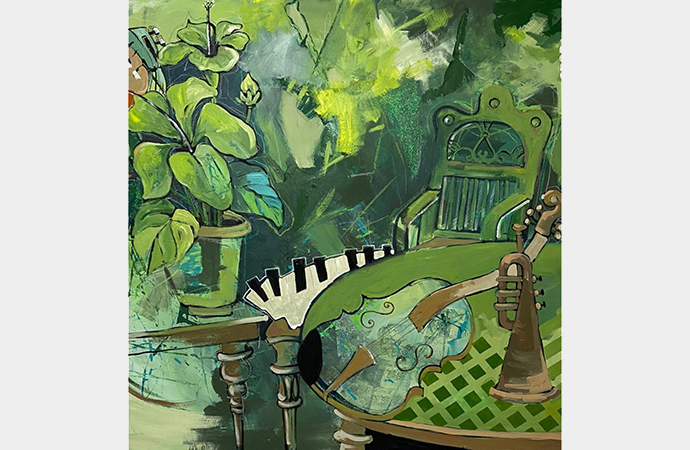 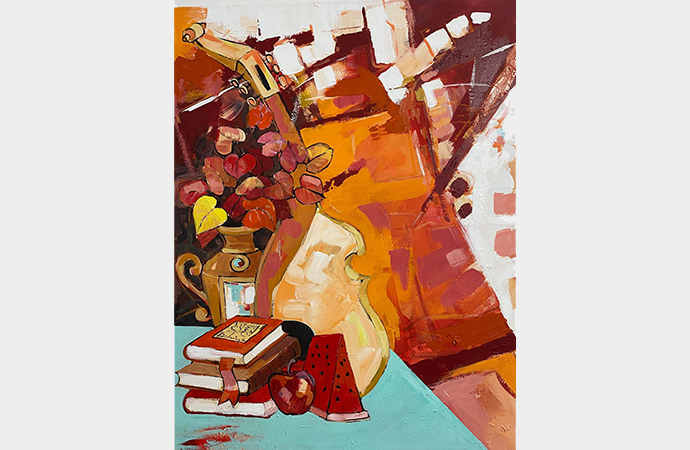 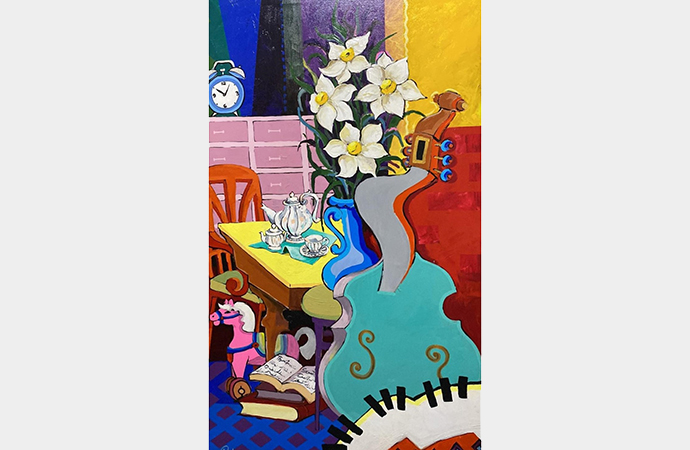 Arifur Rahman is a passionate and one of the earnest Bangladeshi expatriate painters. From his childhood, art has been keenly connected with his umbilical cord. He was one of the pioneer students of Narayanganj Charukala. He was born and raised on the banks of the Shitalakkhya River. It is very natural that as a painter Arifur was greatly influenced by his surrounding ambiance during the early period. During that time, his mode of expression was purely realistic and the painter went into the details of his subjects. The quiet and serene location tremendously influenced him and he painted tranquil nature, the splendour of the river and the simple people who were really detached from the urban life.

Arifur did not grow up in an artistic ambience but he discovered his creativity through art. During that time, he started to detect the imaginative world and documented his vision and observation. He initially obtained his art education from Chitrokala Niketon in Narayanganj where he got the chance to discover his creativity. Afterwards he involved himself with the establishment of Narayanganj Charukala where celebrated painter Samiran Chowdhury was the key planner. Arifur was the first Vice President of Students Union of Narayanganj Charukala. He cherished the position from 1995 to 2003. During that period, many students got admitted at the institute and the art institute became a household name for the Narayanganj locale.

After a few years, Arifur migrated to Montreal in Canada for better living. But his concealed creativity flourished tremendously there. He established Shishu Charu Niketon and started to provide art education for children of different ages in the area. He has successfully run the institute till now.

When Arifur feels saddened or delighted and his creative endeavour flourishes, brush and colours assist him to explore his inner vision. He records his pains, happiness and experiences through his canvas, which becomes a mirror of his pensive mood as reflected in his creative process. This is a clear statement about his aesthetic explorations. He is not concentrated on any particular theme, but nevertheless his themes are inextricably connected to each other. His paintings, done in oil and acrylic feature various realistic images and surrounding atmospheres of his present society. His paintings' recurrent features are blossoming flowers, flower vases, open books on table, apples, violins, nude and semi nude figures, wine bottles and glasses, tea pots and cups, breastfeeding women, longing lying women, greenery gardens and more. He also portrays pub scenes where people's activities have been focused. Some of his images denote architectural designs and shapes. He has complete freedom to identify himself for his working styles that are apparently synchronised and technically phenomenal. He wants to proceed with a certain style that can become a personal hallmark of his works.

Arifur has been greatly influenced by Pop Art--- an art movement that emerged in the 1950s and flourished in the 1960s in America and Britain, drawing inspiration from sources in popular and commercial culture. Different cultures and countries contributed to the movement during the 1960s and 70s. Pop artists celebrated commonplace objects and people of everyday life, in this way seeking to elevate popular culture to the level of fine art. Perhaps owing to the incorporation of commercial images, Pop Art has become one of the most recognisable styles of modern art.

It is needless to say that media has played a vital role in Arifur's works. When the artist started with art, he initially used watercolour. The medium gave him freedom and he commenced to portray lush greenery, untainted nature and aquatic life. When he migrated to Montreal, he lent from vital two mediums---acrylic and oil. But afterwards he fixed himself with solely acrylic. The artist likes to work in acrylic, which he feels is a medium where an artist gets a taste of tranquility. He is comfortable working on any size of canvas according to the painting's themes, objects and compositions. His work is elucidated by a powerful engagement with object and space, and with bold and controlled brushstrokes.

Colour is the most predominant aspect in Arifur's works. Vibrant colours present a kaleidoscopic vision for the art enthusiasts. His works look very animated and vigorous because of the use of thick, abundant colours and evocative lines. In fact, his rectangular and vertical lines create varied dazzling rays with each ray possessing an individual look and language. Some of his lines have been crisscrossed over the paintings. A number of his works are engrossed with round shaped forms. The colours' intensity is very noticeable in his works.

1.
The First of Friends
2.
The problem with Canada’s delusions of inclusivity and multiculturalism
3.
What does justice mean for Indigenous survivors of genocide in Canada?
4.
How life has changed for Murad in just one week