A torchbearer for modern architecture in Bangladesh: Shamsul Wares turns 77 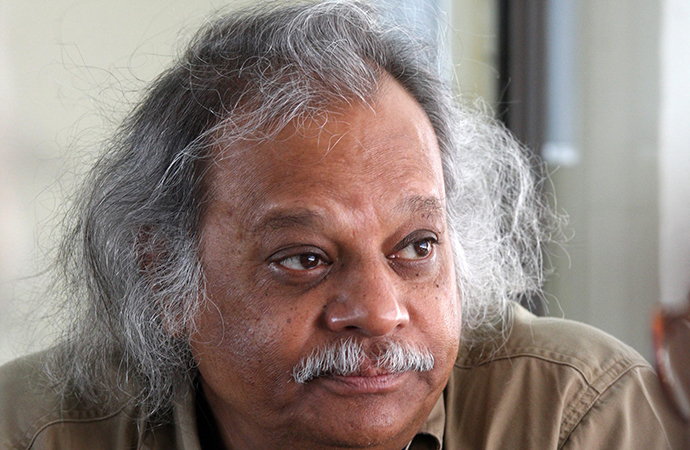 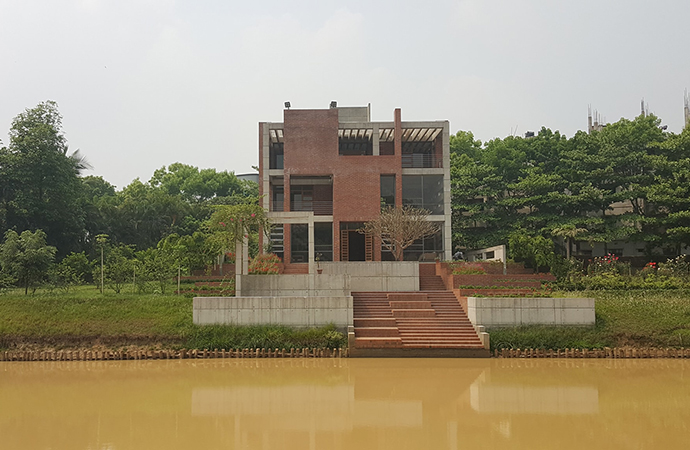 On a rainy day in the year 2004, late sculptor Syed Abdullah Khalid took me to an architectural firm at the Bangla Motor area in the city. That was the first time I was introduced to preeminent architect and art critic Professor Shamsul Wares. After the introduction, the man seemed to me a cerebrally and logically sound person, truly secular and a profound thinker. As he is passionate and a true introvert, I always observed him evading human preoccupations, publicity, media coverage and fame. Wares has very strong analytical skills and always likes to express what he likes.

Although a diehard atheist, Wares believes in equal rights for believers of all religions. He has always raised his voice against social injustice, inequality, inhumanity, religious bigotry, and unlawful activities.

My impression of him has always been of a man who loves life and adores art, literature, music, photography, and cinema. The details of what Shamsul Wares does on any given day will of course vary, depending on the time of the year. However, most of the days for him will consist of many, if not all, of the following-- teaching, reading and watching movies for pleasure, reading for academic purposes, writing creatively, contemplating about diverse issues, giving interviews as well as contributing to meetings, seminars, conferences and workshops as a senior academic and one of Bangladesh's leading multidimensional personalities. Although approaching seventy-seven years, there is no sign of him slowing down.

Wares dislikes pretensions and his write-ups and presentations are devoid of exaggeration. If we look at his writings, we will see most of these are precise, thoughtful and contemplative. He is outspoken and bold in expressing the truth.

Shamsul Wares is one of the most renowned names in the territory of contemporary architecture of Bangladesh. He is also an eminent art critic. His new and refreshing approach towards architecture makes him unequaled in our country. His constructions are noted for their modern style, and edge on experimentalism. The recurrent features of his architectural work are plain view and easy accessibility of air and light. Above all, his works carry a modern touch and have proportional quality. He has a balanced and rational approach towards the use of space.

January 21 marks the 77th birth anniversary of Professor Wares. He was the professor of the Architecture Department of Bangladesh University of Engineering Technology (BUET). Reserved by nature, he became an outspoken liberal intellectual in the 1990s against reactionary nationalism and religious fundamentalism in Bangladesh. He is one of the foremost architects of the '70s, an era marked by accomplishments and revolutionary ideas. He can be considered as a modern architect with regards to content, material, form and shape.

Wares has designed many residential, institutional and public buildings. Outside his freelancing career, he served as president of The Institute of Architects, Bangladesh (IAB) for two terms and has led the Bangladesh delegation at five ARCASIA meetings. He was awarded the Life Time Achievement Award for Architectural Education by IAB in 2009.

Wares has attended as juror and speaker in many seminars, art and architecture exhibitions, competitions, architecture biennial and triennials in our country and abroad. He frequently writes for the artists' brochures, art and architecture journals and creative publications. He was also featured in the acclaimed documentary "My Architect: A son's Journey", based on Louis I Kahn.

Wares has also served as technical advisor to a number of Bangladesh Government Organisations including the Ministry of Public Works, Ministry of Cultural Affairs, Dhaka University, Export Promotion Bureau, etc. He has been a member of international design competition juries including Architect of the Year Award in New Delhi, ARCASIA Award for Architecture, CAA 7th International Student Design Competition. He has delivered papers at several International Seminars in Asia and beyond.

Wares is a Bangladeshi born architect who worked under Louis I. Kahn, the American architect and his associate, Mazharul Islam, the father of Bengal Architecture. He is the Dean of School of Science and Technology, State University of Bangladesh, and an architectural consultant at Shisrikkhu Sthapati in Dhaka.

Wares has designed many residential, institutional and public buildings during the Pakistani regime. Expanding renown of Wares got him the opportunity to be the juror of the Architect of the Year Award (AYA) in New Delhi (1997 and 1999), ARCASIA Award for Architecture in Dhaka (2003), CAA 7th International Student Design Competition (2006), etc. He was also a member of ARCASIA and head of the Bangladeshi delegation at a number of annual conferences arranged by CONGRESS AND FORUMS.

1.
A torchbearer for modern architecture in Bangladesh: Shamsul Wares turns 77