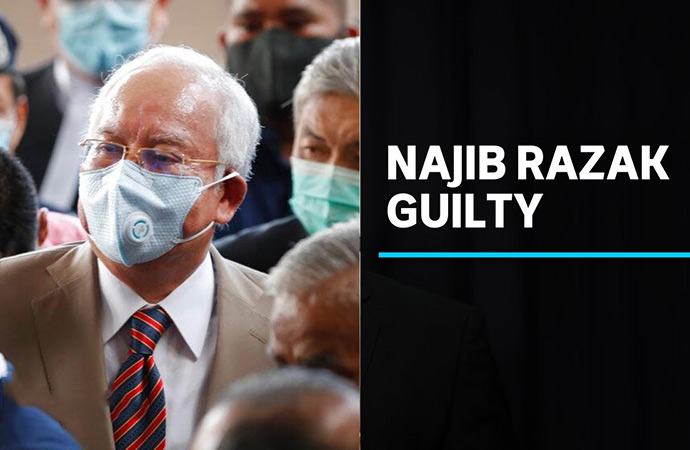 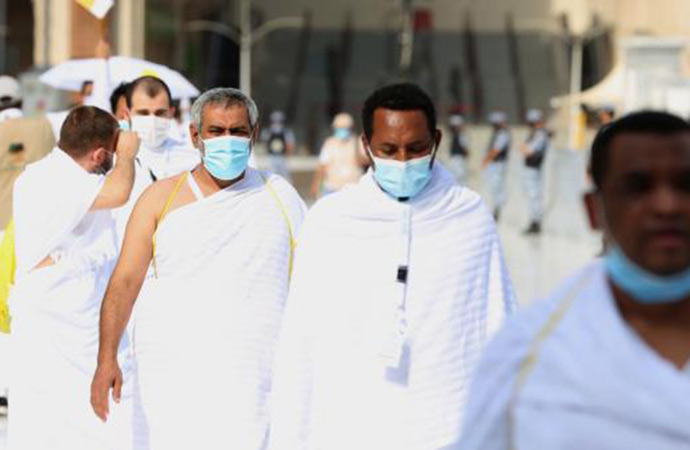 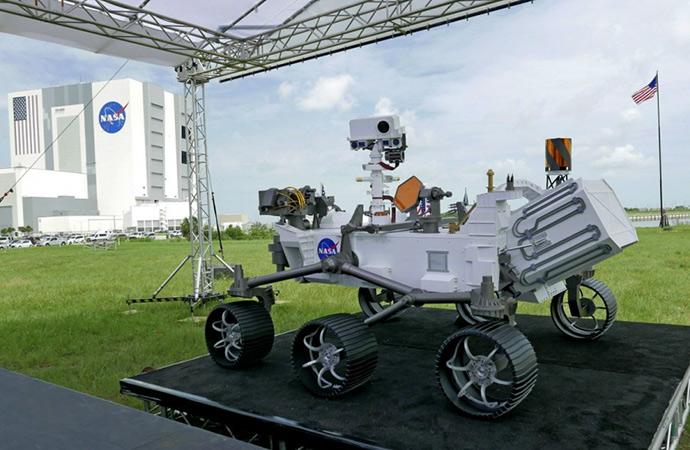 Former Malaysian Prime Minister Najib Razak was sentenced to 12 years in jail and handed a fine of 210 million ringgits ($49.3 million) over his involvement in the now infamous 1MDB scandal. The 67-year-old was found guilty of all seven charges in the first of his five trials linked to the multi-billion dollar scandal at state fund 1MDB. Najib's lawyers have asked for a stay of execution for the jail sentence.

Questions around the missing money from 1MDB helped contribute to the defeat of the political coalition he led in the 2018 general elections. Najib had allegedly illegally received funds in his personal bank accounts that can be traced to 1MDB. He was convicted by the Kuala Lumpur High Court on three counts of money laundering, three counts of criminal breach of trust and one count of abuse of power. He had allegedly received nearly $10 million illegally from SRC International - a unit under 1MDB.

The US economy shrank by an annualized rate of 32.9% between April and June, its sharpest contraction since the second world war, government figures revealed, as more signs emerged of the coronavirus pandemic's heavy toll on the country's economy.The record-setting quarterly fall in economic growth compared to the same time a year ago came as another 1.43 million Americans filed for unemployment benefits last week, a second week of rises. The previous worst quarterly contraction, a 10% drop, occurred in 1958 during the Eisenhower administration.

The contraction last quarter was driven by a deep pullback in consumer spending, which accounts for about 70% of economic activity. Spending by consumers collapsed at an annualized rate of 34%. The German economy, Europe's largest, also took a massive hit during the pandemic shutdowns, shrinking by 10.1% percent during the April-June period from the previous quarter, the biggest drop since quarterly growth figures began being compiled in 1970.

Masked pilgrims arrived Thursday at Mount Arafat, a desert hill near Islam's holiest site, to pray and repent on the most important day of the hajj, the annual pilgrimage in Mecca in Saudi Arabia. The global coronavirus pandemic has cast a shadow over every aspect of this year's pilgrimage, which last year drew 2.5 million Muslims from across the world to Mount Arafat, where the Prophet Muhammad delivered his final sermon nearly 1,400 years ago.

This year, only a very limited number of pilgrims were allowed to take part in the hajj amid numerous restrictions to limit the potential spread of the coronavirus. The Saudi government has not released a final figure on the number of hajj pilgrims this year, but has said anywhere from 1,000 to 10,000 would be taking part. All of this year's pilgrims are either residents or citizens of Saudi Arabia.

The biggest, most sophisticated Mars rover ever built - a car-size vehicle bristling with cameras, microphones, drills and lasers - blasted off for the red planet as part of an ambitious, long-range project to bring the first Martian rock samples back to Earth to be analyzed for evidence of ancient life. NASA's Perseverance rode a mighty Atlas V rocket into a clear morning sky in the world's third and final Mars launch of the summer.

China and the United Arab Emirates got a head start last week, but all three missions should reach their destination in February after a journey of seven months and 300 million miles (480 million kilometers). The plutonium-powered, six-wheeled rover will drill down and collect tiny geological specimens that will be brought home in about 2031 in a sort of interplanetary relay race involving multiple spacecraft and countries. The overall cost: more than $8 billion.