Desperate families of migrants from Mexico 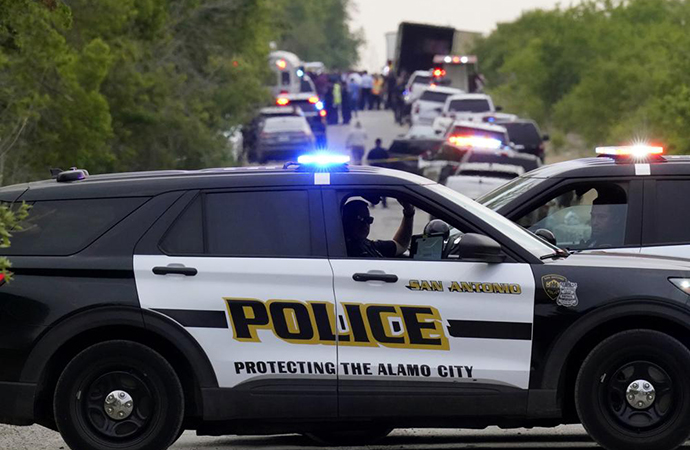 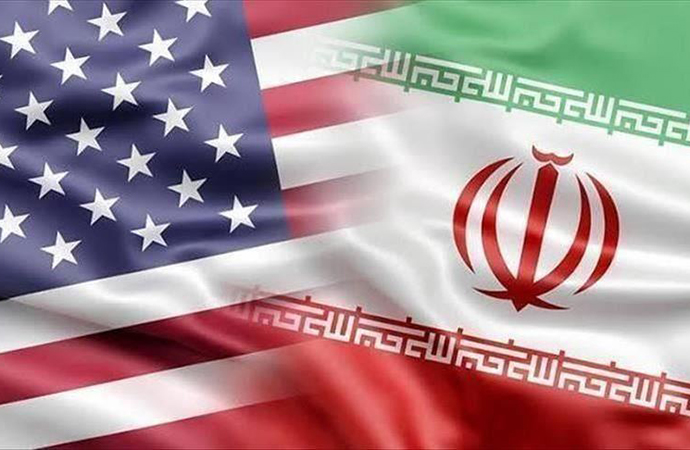 Desperate families of migrants from Mexico and Central America frantically sought word of their loved ones as authorities began the grim task of identifying 51 people who died after being abandoned in a tractor-trailer without air conditioning in the sweltering heat in the U.S. state of Texas. It was the deadliest tragedy to claim the lives of migrants smuggled across the border from Mexico. The driver of the truck and two other people were arrested, U.S. Rep. Henry Cuellar of Texas told the AP.

He added that the truck had passed through a Border Patrol checkpoint northeast of Laredo, Texas, on Interstate 35. He did not know if migrants were inside the truck when it cleared the checkpoint. Investigators traced the truck's registration to a residence in San Antonio and detained two men from Mexico for possession of weapons, according to criminal complaints filed by the U.S. attorney's office. The bodies were discovered Monday (Jun. 26) afternoon on the outskirts of San Antonio, when a city worker heard a cry for help.

The son of Ferdinand and Imelda Marcos, the couple who gained notoriety for heading a dictatorship that had to be overthrown in the Philippines, was sworn in as president, completing a decades-long effort to restore the clan to the country's highest office. Ferdinand "Bongbong" Marcos Jr, 64, won last month's elections by a landslide, securing the biggest victory since his father was ousted by a popular revolt in 1986. He succeeds the hugely popular Rodrigo Duterte, who gained international infamy for his deadly drug war and has threatened to kill suspected dealers after he leaves office.

Ahead of the swearing-in, Duterte received Marcos Jr at the Malacanang presidential palace-which the Marcos family fled into exile 36 years ago. "I once knew a man who saw how little had been achieved since independence. He got it done," Mr Marcos Jr said. "So will it be with his son. You will get no excuses from me."

Indirect negotiations between Iran and the U.S. over Tehran's tattered nuclear deal with world powers ended in Qatar after failing to make significant progress, amid a growing crisis over the Islamic Republic's atomic program, diplomats said. The Doha talks broke up after two days without any sign of a breakthrough, months after talks in Vienna among all of the deal's parties went on "pause." In the time since, Iran shut off surveillance cameras of international inspectors and now has enough high-enriched uranium to potentially fashion into at least one nuclear bomb if it chose to do so.

It remains unclear whether there will be another round of negotiations, even though this was a high priority for the Biden administration when it took office. Iran and world powers agreed during the last Democrat administration in 2015 to sign the first JCPOA, the deal that was torn up by the succeeding Republican administration led by Donald Trump.

Communal tensions continued to flare between India's brute majority Hindu population and embattled Muslim minority, like a rogue genie let out of the bottle, who you can't put it back in. The ruling BJP calculates that on balance, the stoking of these necessarily ill winds still tended to favour their political project. India's traditional party of government on the other hand, the Congress, has been emasculated. This week, a day after the controversial arrest of a Muslim journalist targeted within Hindutva circles since an earlier flashpoint involving insults aimed at Islam's prophet, a Hindu tailor in the western city of Udaipur was executed in a fashion reminiscent of ISIS.

Police arrested two Muslim men accused of slitting the tailor's throat and posting a video of it on social media, where they also threatened to kill Prime Minister Narendra Modi. For weeks, Muslim homes have also been demolished using bulldozers in some Indian states, in what critics call a growing pattern of "bulldozer justice" against the minority group.