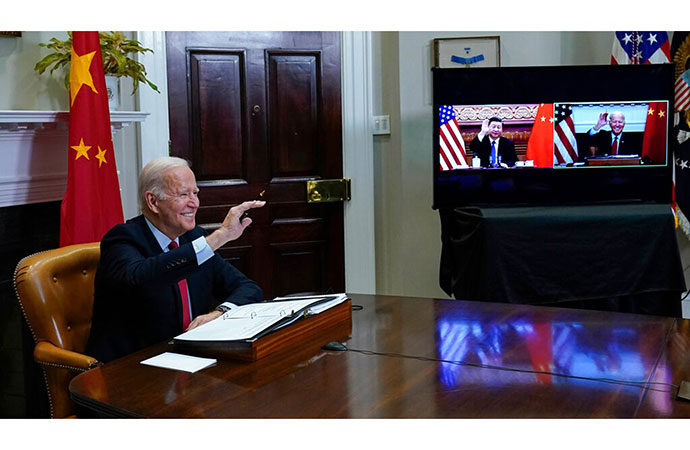 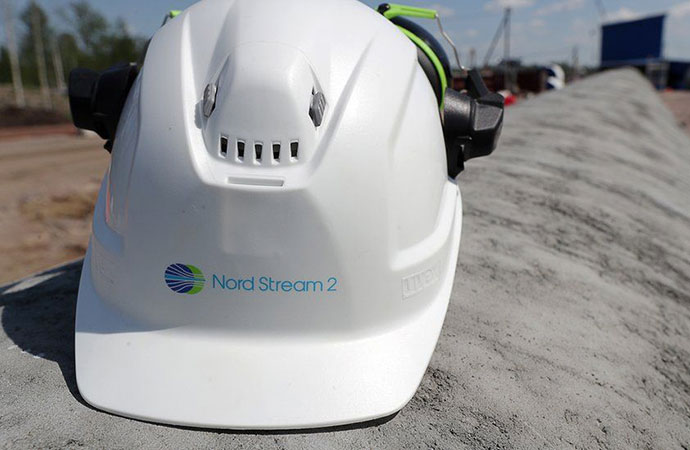 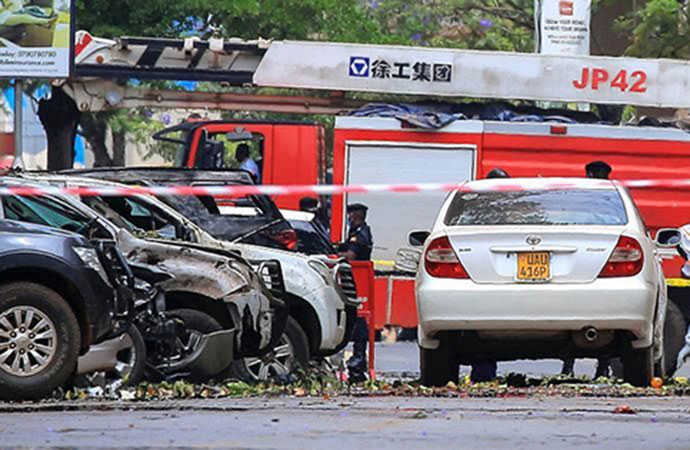 China welcomed a virtual meeting between President Xi Jinping and U.S. President Joe Biden as raising hopes for better relations, while the U.S. was more muted on the talks as the world's two biggest powers sought to ratchet down more than a year of tensions. The leaders appeared to put aside the language of acrimony in their first formal meeting since Biden took office. Xi greeted the U.S. leader as his "old friend," and Chinese Foreign Ministry spokesperson Zhao Lijian said the exchange was candid and constructive.

"If China-U.S. relations cannot return to the past, they should face the future," Zhao said, calling the meeting "conducive to increasing positive expectations ... for U.S.-China relations." Both sides held firm to their positions on the issues that divide them, with Xi warning that the U.S. and Taiwan are playing with fire over the self-governing island that China considers part of its territory. The two nations were aiming to end a sharp deterioration in relations through the video conference.

Germany's energy regulator suspended the approval process for the controversial Nord Stream 2 natural gas pipeline from Russia to Germany. It said the pipeline's operating company needed to be compliant with German law before it would certify the €10bn (£8.4bn) project. The decision sent UK and mainland Europe wholesale gas prices, already under pressure, to three-week highs. Critics fear the pipeline will increase Europe's energy dependence on Russia.

Russia's state-owned Gazprom said the pipeline was ready in September, but it has been beset by delays. Running under the Baltic Sea, Nord Stream 2 will double Moscow's gas exports to Germany, but it will also circumvent Ukraine, which relies on existing pipelines for income and would be hard-hit by the loss of transit fees. German businesses have invested heavily in the 1,225km (760-mile) pipeline and former Chancellor Gerhard Schröder has played a big role in its development.

The son of Libya's late leader Muammar al-Gaddafi registered as a candidate in the country's first direct presidential election next month. Saif al-Islam Gaddafi was once the heir apparent to his father, but his support for a brutal crackdown on protesters 10 years ago tarnished his image. Since that 2011 uprising, Libya has been riven by conflict. Rights groups have raised fears the vote, scheduled for 24 December, will not be free and fair.

World powers and the UN secretary-general have warned that anyone who tries to obstruct it or falsify the outcome will face sanctions. Photos and video circulating online show Saif al-Islam Gaddafi sitting in front of a poster for the upcoming poll, signing electoral papers. In the aftermath of Muammar Gaddafi's brutal end, Saif al-Islam Gaddafi was himself captured by a militia. He was held for six years, receiving a death sentence that was later overturned., He is still wanted on war crimes charges by the International Criminal Court.

The twin explosions occurred within three minutes of each other. Both were carried out by attackers carrying explosives. A possible attack on a third target was foiled by police who pursued and disarmed a suspected suicide bomber, Enanga said. Police released security video footage of the precise moments the bombers detonated their devices in the streets, sending clouds of white smoke billowing in the air. "We give thanks to God. He has protected us," said eyewitness Jane Among near one of the blast scenes.

Mother of Summits: Sweet and Sour Diplomacy, But Not ...

Among the Loknath devotees