The Dichotomy of Justice for Children: An Analysis 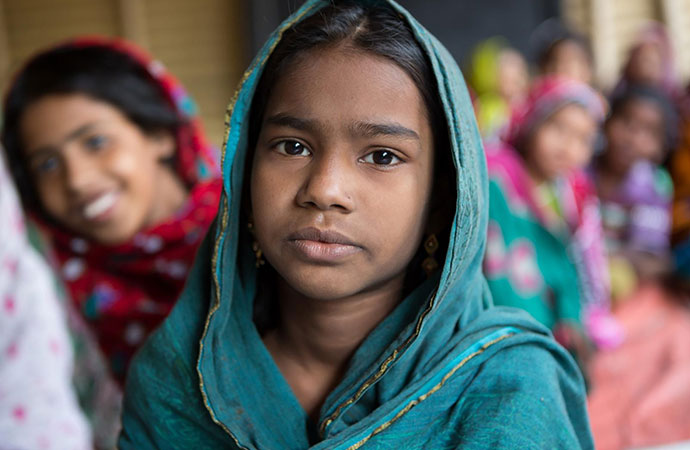 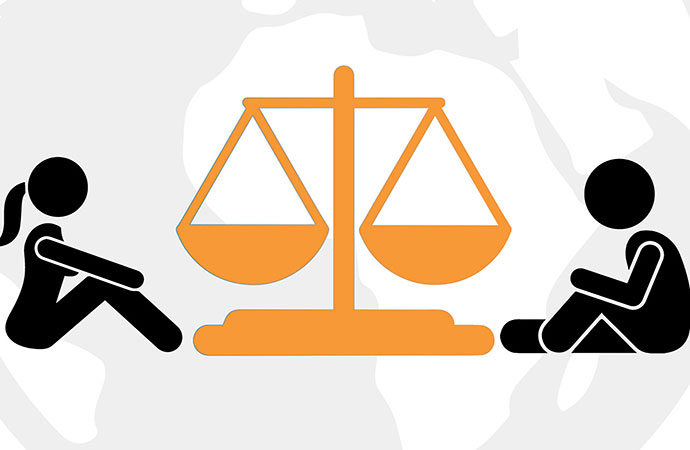 Bangladesh has a population of almost 180 million and almost half the population are children. Due to their young age, children who come in conflict with the law may not possess the maturity to understand the legality and consequence of their acts and they should not be exposed to the company of adult offenders since that is likely to have a negative impact on them. In response to establish a sound justice system for children, Bangladesh has enacted an effective legislation for the benefit of children, repealing the Children Act of 1974. The preamble to the Children Act, 2013, officially known as "Shishu Ain, 2013", states that it has been enacted for the purpose of implementing the United Nations Convention on the Rights of the Child (CRC).

The issue of children justice jurisprudence has become truly international with the adoption and implementation of the CRC in 1989. Bangladesh also became a state party to the CRC and in order to maintain the international standard, the Children Act, 2013 was enacted. The Articles 27, 28 and 31 of our constitution lay down the general principles regarding the protection of children and other citizens from all forms of discrimination.

It is to be noted that the Children Act 2013 is a special law, with overriding effect in the statute. Section 3 of the Act provides that "notwithstanding anything contained in any other existing law, the provisions of this Act shall prevail." The overriding clause will be effective on all other laws which will be governed with the offence of the children with the conflict of law and other specified matters in the statute. No court except the children's court can take action and conduct the trial against the alleged children offenders.

The Section 4 of the law defines a child as anyone up to the age of 18 years. It needs to be underscored that the minimum age of criminal responsibility continues to be 9 years of age, which is below the minimum age of 12 years or higher recommended by the UNCRC. Children justice is a key component of the child rights in terms of upholding their best interests when they come in contact with the legal system for their involvement with crime. As the legal mandate, children are to be treated separately from the adults in the matters of investigation, trial and correctional process.

The court shall arrange for appropriate seating for the child and in case of a child with disabilities, where necessary, provide special seating. While the trial of a child is continuing, the lawyer, police or any other official present in the court shall not wear any professional or official uniform as per directions of the Act 2013.

The Children Act contains a range of child-friendly provisions for the taking evidence in the proceedings in Children Court. Hearings by the Children Court must take place in an ordinary room without a witness box or podium surrounded by red cloth. Only the following persons may be present in court: the child concerned, the parents or, in their absence, foster careror, guardian or relatives, court officials, parties to the proceedings, Child Affairs Police Officer (CAPO), the lawyer, any other person directly concerned with the case including the Probation Officer and any person specially authorised by the court.

Section 32 of the statute 2013 provides a time frame to conclude the trial. The Children Court shall complete the trial within 360 days from the day of the child's first appearance before the court. If for any acceptable or practical reason the trial can't be concluded within the time mentioned, the Children Court shall give reasons and extend the deadline by another 60 days. From the commencement of trial in the Children Court and until its conclusion the proceeding shall continue every day without break.

Section 33(1) of the Act, 2013 also puts a strict instruction which says that, no child shall be sentenced to death, imprisonment for life or imprisonment other than when a child is found to have committed any such criminal offence, so that detention is not sufficient is payable under this Act or if the court is satisfied that the child is so disobedient or of such depraved character that he can be sent to a certified institute such as Child Development Centre (CDC). The children court can declare up to 10 years imprisonment as highest punishment against the child accused as per section 34 of the Act. The child accused will be sent to correction centre as according to the Act.

In any case under trial before the Children Court where a child is involved in the case, no photograph or description of the child may be published in any print or electronic media or through the internet which may directly or indirectly identify the child unless it is apparent to the court that such publicity will not harm the child's interests.

The Act 2013 spelt out another important provision which requires the establishment of a "child affairs desk" at every police station. In practice most of the police stations don't maintain child affairs desk and there is rarely seen efficient trained police officer as CAPO in the police station and court. The Children Act, 2013 also authorises the probation officer huge responsibilities to provide legal assistance and other essential facilities for the children but in practice they are just absent from their duties towards children as per law.

The Act has a glorious purpose to correct and improve the children conflict with law from their criminal mind and delinquency of crime. Child Development Centre (CDC) is the home of child offenders to be corrected but ironically it is true that the scenario of CDCs is quite dismal and negative towards children. Recently in Jessore three children had been murdered by the authority of CDC with a cold blood plan. The condition of CDCs is not proper for caring child offenders to be corrected.

Under the Children Act 1974, two juvenile Courts were established but the present law requires that at least one 'Children Court' be established in each district head quarter and metropolitan areas, which has the exclusive jurisdiction to deal with children in conflict as per sections 16 and 17 of the Children Act 2013 which was amended in 2018. Though the legislation aptly focuses on establishing separate courts for children with special facilities stated in the law, No separate children court has been set up yet whereas almost 50,000 cases of children in conflict with the law have been pending years together in the country.

In the Act 2013, the additional Sessions Judge was empowered as the children's court as additional charge. By amending the Act 2013 in 2018, now all tribunals of the Women and Children Repression Prevention are empowered as additional charge of the children courts. Till 2019, there have been a staggering 165,327 cases pending in the 95 Women and Children Repression Prevention Tribunals, and of these cases, some 34,233 cases have been pending for over five years. Specially in the metropolitan area, the trial of the children in the children courts has not been conducted speedy because of pending huge cases in the regular courts.

Child friendly judicial proceedings are the loadstar of the law, but the implementation and innovation of the judicial process are not satisfactory due to not having separate courts and specialized child friendly courtrooms. The Supreme Court (SC) has taken some eventually actions for the protection of the children. A high profile special committee led by the honourable Justices of the SC has been working for the protection of children's rights.

The High Court Division (HCD) and Appellate Division (AD) have a great role to protect the rights of child and monitor about the children justice process in country. In many cases, The SC keeps its role to develop the children rights, aware about the judicial process such as in cases of The State vs Rowshan Mondal [59 DLR(HCD) 72], Bangladesh Legal Aid and Services Trust and another vs Bangladesh and others [7 BLC 85], Md. Shamim Vs. The State and well known Sukkur Ali case etc.

In our Children Act 2013, there are some drawbacks in the judicial process too. Honourable HCD led by honourable Justice Enayetur Rahim and Justice Mostafizur Rahman held in the Judgment of Md. Ridoy Vs State in the Criminal Appeal no 7533 of 2019 that there are some contradictory legal action with the Women and Children Repression Prevention Act 2000, the Special Power Act 1974, the Digital Security Act 2018 and some other special laws in case of congnizance, bail hearing and trial. The HCD also recommended bringing amendment in the Act for ensuring justice for children. The HCD also gave 7 directives to be followed by magistrates and children's courts till the necessary amendments will be taken.

Recently the honourable HCD has intervened in the matter of 121 children convicted by mobile courts led by RAB and declared the Judgment stating that the conviction of 121 children by the mobile court was not only unscrupulous, but a violation of the fundamental rights enshrined in the constitution. The High Court has stated that the mobile court act needs to be amended as Section 6 of the law is contradictory with the constitution. The HC bench of honourable Justice Sheikh Hassan Arif and Justice Md Mahmud Hasan Talukder delivered the verdict on March 11, 2020 after hearing a suo moto rule issued by this court on October 31, last year.

The Children Act includes some important procedural protection and placed primacy on formal court structures, legalistic responses and institution-based rehabilitation and it provides a particularly sound basis for the development of a child-centred, rights-based juvenile justice system. For proper function of the Act and ends of justice for children, it is high time to introduce sufficient separate children courts across the country with required facilities as per the Act.

US Poll Predictions and Presidential Politics in the ...

From unbanked to fully digital? A look behind Bangla ...