Bangladesh seaweed a goldmine waiting to be tapped 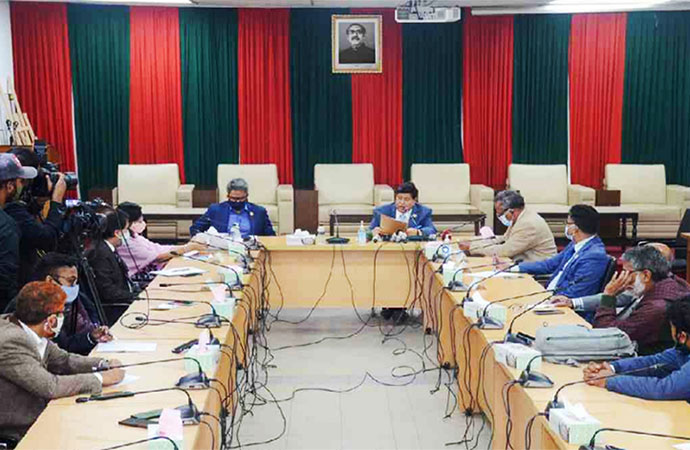 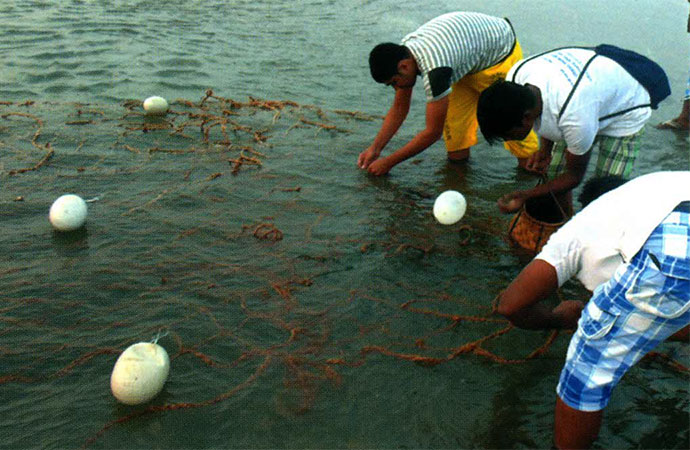 Bangladesh sees huge commercial potential of marine "Seaweed" and its domestic use reducing import dependency and its subsequent export to global market, according to a latest research.

The results of the research show that some of the many species of seaweed found in Bangladesh have huge commercial potential, which can play a significant role in the Blue Economy of Bangladesh.

"Seaweed" is the common name for countless species of marine plants and algae that grow in the ocean as well as in rivers, lakes, and other water bodies.

"It's another goldmine. It needs promotion," Foreign Minister AK Abdul Momen told reporters at the ministry of foreign affairs on January 5 while sharing the outcome of a research based on sea-based Seaweed.

Momen said industrial raw materials worth Tk 28,000 crore are currently being used in Bangladesh for a number of purposes including as ingredients of soaps and shampoos.

He said Bangladesh can domestically source ingredients worth Tk 16,000 crore if it can develop seaweed locally apart from exporting the surplus production of seaweed. "It has a lot of potential," said the foreign minister.

The Maritime Affairs Unit, led by Khurshed Alam, has been conducting the research with significant progress over the last two years assessing the presence, overall location, economic potential and commercialization of Marine Genetic Resource (MGR) which includes all marine animal and plant resources.

The Netherlands-based researchers, along with representatives of the Maritime Affairs Unit, conducted field-level research in the sea area of Bangladesh in 2020.

The study analysed the economic potential of MGR's overall position mapping in Bangladesh's exclusive economic zone (EEZ), including the identification of various species.

Necessary laboratory tests on these species were later performed in the Netherlands.

It resumed in 2021 after a pause in research activities on the emergence of Covid-19.

The programme focuses on the potential and commercialization of Seaweed, especially in Bangladesh.

In the current context, the state minister said, hatchery, farming, processing plant and industrial application will be required for commercial production and management of marine seaweed in Bangladesh.

He said Seaweed production in Bangladesh can be done very easily in an environmentally friendly manner. "Seaweed cultivation can play a role in protecting the ecological balance as well as protecting the coastal areas."

Shahriar said Seaweed cultivation is capable of creating easy and secure employment opportunities for the coastal people of Bangladesh, where a significant number of women workers can be easily employed.

After Prime Minister Sheikh Hasina's Blue Economy programme Momen said, they are going to be able to achieve a ground breaking achievement of extracting new commercial resources directly from the sea.

In this context, both the Momen and Shahriar said, their next step is to make the interested and qualified industrial organizations / entrepreneurs invest or participate effectively in various potential sectors of Seaweed in Bangladesh.

In order to make such an effort a success, the necessary assistance will be provided by the Maritime Affairs Unit of the MOFA to the eligible industrial organizations / entrepreneurs.

They expect that all those businesses that would benefit economically from Seaweed would use a portion of their profits for the betterment of the coastal people of Bangladesh.

Meanwhile, Bangladesh has an estimated potential natural gas hydrate deposits of 0.11 to 0.73 trillion cubic feet (Tcf) in its exclusive economic zone (EEZ) areas alone, which is equivalent to 17-103 Tcf of natural gas reserves, according to the Foreign Minister and his colleagues.

A complete seismic survey of all areas of EEZ and continental shelf of Bangladesh will help determine the actual reserves, they said quoting a desktop study.

Dr Momen said Prime Minister Sheikh Hasina has been very positive about this study from the very beginning and has given all kinds of support.

"Undoubtedly, the results of this study are very encouraging for Bangladesh. This huge reserve of gas hydrates is a landmark event in the context of Bangladesh, especially in the next century, in resolving the energy crisis and as a source of environment-friendly fuels," he said.

The Foreign Minister hoped that Bangladesh will soon enter a new era in the field of energy through the extraction of this gas hydrate.

After the formation of the Desktop Study Group, the work has been completed through the relentless efforts of Petrobangla, Bapex and local experts, including the National Oceanography Centre in Southampton, UK, over the past three years, group leader Khurshed Alam said.

This study group has worked even in the stagnation caused by Covid-19, he said, adding that the study has been successfully completed and the presence of gas-hydrates has been found. "A preliminary idea about its location, nature and reserves has been found."

According to this study and based on preliminary observations, Alam said there is evidence of presence of natural gas hydrates in significant areas of EEZ in Bangladesh.

The presence and potential of this huge amount of gas hydrate is expected to play an important role in meeting the overall demand of Bangladesh's energy sector in the next century, he said.

The results of the study will be forwarded to the Energy and Mineral Resources Division for conducting a full seismic survey to determine the quantity and presence of actual reserves and to determine the environmental impact and mitigation strategies.

In addition, the study will be published in a world-renowned research journal.