A Bibliophile's Review of a Bargain Buy Burying the Bones: Pearl Buck in China 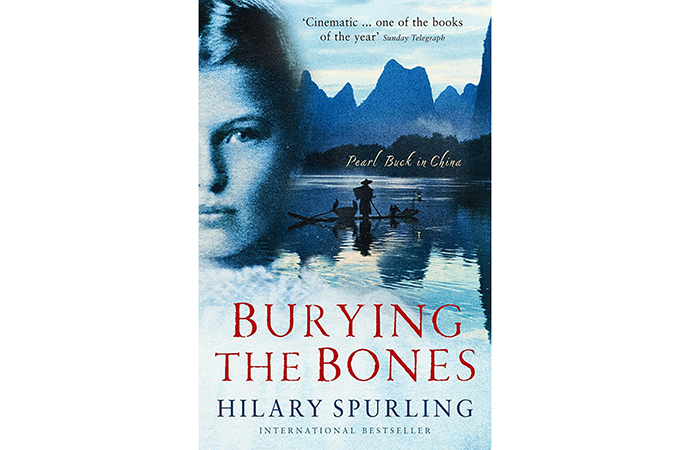 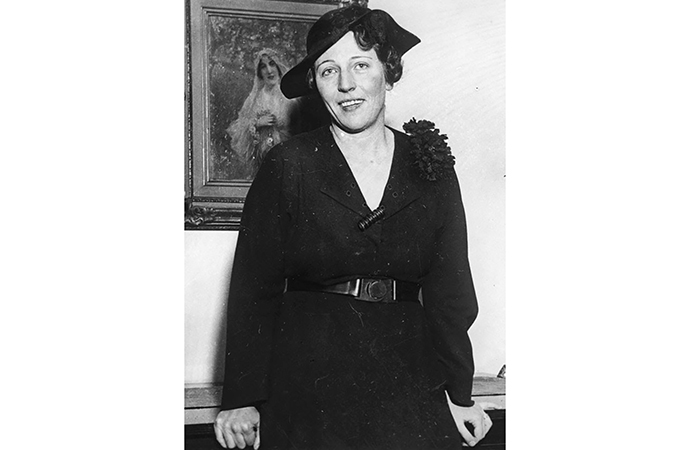 The gist of the book's title encompasses the grim and gripping biographical narrative of the American author and social activist Pearl Buck. Born in West Virginia, USA in 1892, Hilary Spurling in 'Burying the Bones: Pearl Buck in China' alerts the reader to the hard and haunting truth; that was the painful childhood past of her subject growing up in the early 1900s in China. Purling navigates a tumultuous trail through a changing China. As the daughter of American missionaries, the narrator reveals a deeply painful family history; discovering the shutting of doors on intimate turbulence and trauma. Buck returned to live in the USA in 1934.

The biographer delving beneath the surface unearths revelations; facts and features that perhaps even Pearl Buck could not lend voice to. In parts scathing and seething, is the pitiful plight of foot-binding, (lotus flower feet), "with the infinitely desirable "golden-lily" feet that enforced subjugation as effectively as a ball and chain. Pearl inspected the lump of mashed bone and livid discolored flesh made from forcing together the heel and toes under the instep. leaving only the big toe intact." The source of this sighting and revelation was her beloved Wang Amah nanny who "explained that her father made her sleep alone in the kitchen outhouse from the age of three so as not to disturb the rest of the family by her crying at night."

What is the contextual reference to the chilling title of the book - 'Burying the Bones'? Well, "Sometimes Pearl the child found bones lying in the grass, fragments of limbs, mutilated hands, once a head and shoulder with parts of an arm still attached. They were so tiny she knew they belonged to dead babies, nearly always girls suffocated or strangled at birth and left out for dogs to devour. It never occurred to her to say anything to anybody. Instead she controlled her revulsion and buried what she found according to rites of her own invention....Where other little girls constructed mud pies, Pearl made miniature grave mounds...It was one of her first lessons in the power of the imagination...came in large part from this sense of a harsh hidden reality, protruding occasionally but more often invisible, present only beneath the surface of her writing as an unexamined residue of pain and fear." Going through these brutal lines, the depth of a child's exposure to such painful realities leaves the reader silently cringing.

Her father's evangelical rigidity and missionary zeal led the family to significant hardship and within himself, a sense of self-loathing at his lack of success in Christian conversions. His conception of salvation for the after-life led to trauma in his familial life. Her mother bore seven children. Infant mortality claimed two. Repeated childbirth, childcare, shifting of locale and homes; the soft-spoken woman remained deeply distressed in marriage and with life in China. A major story-teller was Pearl Buck's mother "whose repertoire transported her children to "a place called Home where apples lay on clean grass under the trees, and berries grew on bushes ready to eat, and yards were un-walled and water clean enough to drink without boiling and filtering." In the words of Spurling, "In the enchanted idyll of her mother's West Virginia childhood, America lay open and free, untouched by the stain of disease, corruption, injustice, or want. Tellingly, Pearl Buck commented ("I grew up misinformed," Pearl wrote dryly, "and ripe for some disillusionment later.") Pearl Buck's, husband, an American agricultural economic expert on China evolved into an authority in his field, receiving professional recognition in both the USA and China. It remained an ill-suited union. Their daughter being autistic, Pearl suffered the trauma of separation and practicalities of finance needed for humane care in an institution in the States. Her second marriage to her publisher Richard Walsh in 1935 was a satisfying marital and professional alliance. "Pearl relied heavily on Richard as a kind of artistic conscience, "a screening mind, a critical judgment," as an old friend put it. Long lingering years following a stroke in 1953, left Pearl Buck bereft.

Pearl Buck paved the path for female writers with her iconic novel 'The Good Earth' (1931), a global best-seller. "Everyone read her in her day, from statesmen to office cleaners" eulogizes her biographer. 'The Good Earth' won her the Pulitzer Prize for Fiction in 1932 and the Nobel Prize for Literature in 1938. A historical fictional novel, 'The Good Earth' dramatizes family life in a Chinese village in the early years of the twentieth century; post-collapse of the Ming imperial dynasty in 1919. The rural family's struggle to survive is graphically described in the following text: "...in that part where Wang Lung lived there was no food enough to feed savage hunger and not clothes enough to cover bones." Her portrayal of China then has been cited as Dickens' depiction of nineteenth century London. The poignant tale was adapted for both stage and screen in 1937. The black and white film received Academy awards for Best Actress and Best Cinematography.

In a lifelong commitment to humanitarian issues Buck a humanist and social critic, devoted her time and fame in particular to the issues of adoption and immigration. The following reveals the depth and extent of her social sensitivity. "The boundary between civilization and barbarism is difficult to draw: put one ring in your nose and you are a savage, put two rings in your ears and you are civilized." Her prowess as a spokesperson for China in the early decades of the twentieth century, earned her in the autumnal years of her life the moniker 'China's Venerable Ancestor' in the USA. She reigned as China's leading exponent and its literary doyenne until her demise in 1973 at the age of eighty-one.

Even in her advanced years, Pearl Buck nourished an intense association with China. "By birth and ancestry I am American...but by sympathy and feeling, I am Chinese" she declared. As President Richard Nixon announced his intention to visit Beijing in 1972, she took it for granted that as the senior most China promoter in America, she would accompany the official delegation. Her Chinese visa application was refused on the grounds that her works had for years "taken an attitude of distortion, smear and vilification towards the people of new China and its leaders." To add salt to the wound, Spurling reveals: "Long after her death it turned out that Zhou (Enlai, the Prime Minister) had personally signed the memo banning her return." Following intense anti-Communism suspicion under the McCarthyism movement in the USA in the 1950s, the political tide had veered towards rapprochement. Her story was now history.

According to Spurling: 'In some ways she herself was more Chinese than American.' "I spoke Chinese first, and more easily," Buck said. "If America was for dreaming about, the world in which I lived was Asia...I did not consider myself a white person in those days." 'Her friends called her Zhenzhu (Chinese for Pearl) and treated her as one of themselves notes Spurling. The biographer explores at length the issues of authenticity and appropriation in her exploration of her subject's self-identity. The debate of West meets East were elements within Buck's consciousness in the first half of the twentieth century. It would be well into the second half of the same century for such notions to be crystallised into the definitive publication 'Orientalism' (1978) by Edward Said. What is homeland - a place or an idea?. Buck felt these newly-returned emigres were woefully out of touch with the realities on the ground; the agrarian sphere. For the first flow of western-educated Chinese returnees, their mentor was Shelly - lofty ideals and romantic notions. For Pearl Buck, they were elitists who shut their eyes and mind to dark realities. Pearl Buck's critics accused her of seeing China through filtered eyes where she relied on simplistic and dated panorama.

At the book's pivotal close, I heard myself inadvertently gasp. Seemingly appropriate here to quote the American writer William Styron who in 'Writers at Work', First Series (1958) remarked: "A great book should leave you with many experiences, and slightly exhausted at the end. You live several lives while reading it." 'Burying the Bones: Pearl Buck in China' will shock, amaze and inspire you. Hilary Spurling is "an established presence in the top flight of British biography" according to the 'Guardian' daily. A literary marvel of a book by a phenomenal writer whose powerful literary lifeline weaves together a heart-chilling family saga; a masterpiece of her subject's psychological exploration. Yet this classic has been "effectively eliminated from the American literary map" notes Spurling. "Buck is virtually forgotten today. She has no place in feminist mythology...." Pertinently today, "In China she is admired but not read" ran a recent article in the New York Times, and in America she is read but not admired." Both views could do with a reappraisal."Thus my need to reread 'The Good Earth.'

Browsing the shelves of a second-hand bookstore in Rottingdean, Sussex, England; my eyes caught sight of 'Burying the Bones: Pearl Buck in China.' In the second half of the twentieth century, many a young book lover was captivated by 'The Good Earth' by Pearl Buck. Decades later its rediscovery reveal novel dimensions, intense undertones and now more mature introspection of earlier deceptive simplicity. As for the title? Well into the twenty-first century, with the existential threat of climate emergency impacting humanity, 'The Good Earth' rekindles relevance. And as I finish off my final edit of this book review during my 'stay at home' confinement during the COVID-19 pandemic; I cannot but ponder over both book titles: Pearl Buck's ' The Good Earth' and 'Burying the Bones' by the author. Echoes in today's sobering moments of contemplation?

The second treasure find was another biography by Hilary Spurling, 'Paul Scott: A Life' (1990). He became a household name with his best-selling 'Raj Quartet' (1965-1975). Obviously, someone off-loaded a favoured British author and I am the fortunate beneficiary of that donation. Scott's 'Staying On' won The Booker Prize award in 1977. My wallet was lighter by 4 Pounds Sterling; for 2 thick hard-back books in admirable condition. Today, I know how much more these two books weigh within me.

Danny the Champion of the World by Roald Dahl

1.
The mother of all models
2.
From Tragedy to Triumph
3.
Top agrochemical company ready to explore partnership with Bangladesh