Tearful adieu to the legends on April, the cruellest month 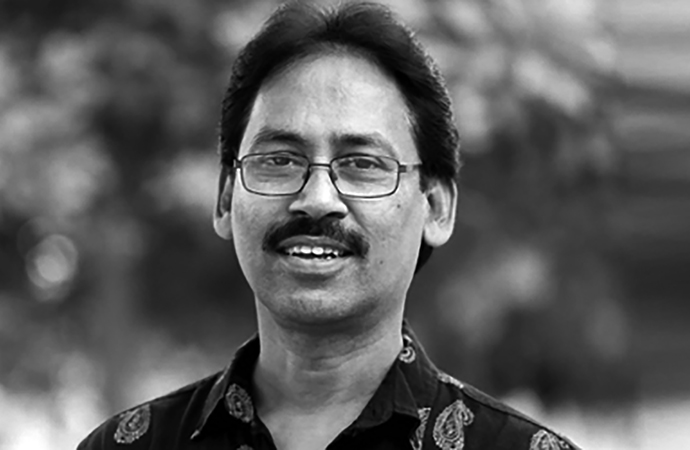 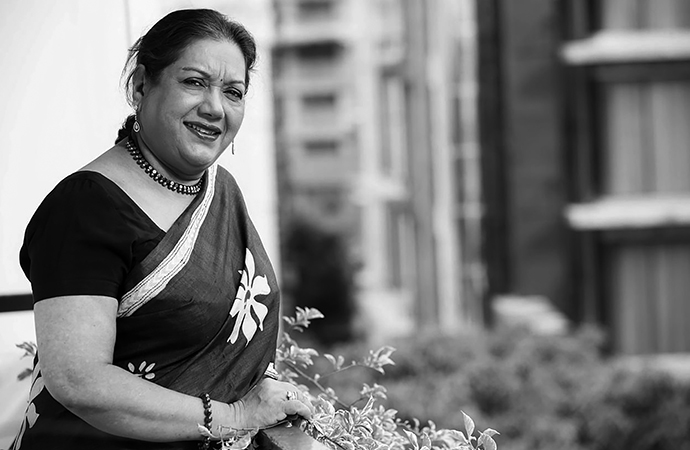 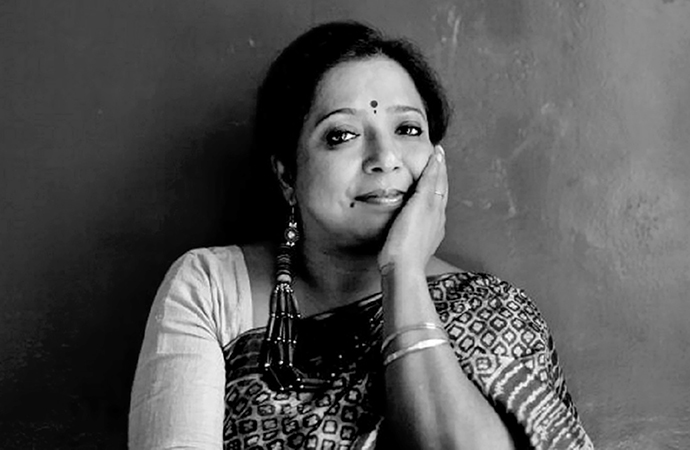 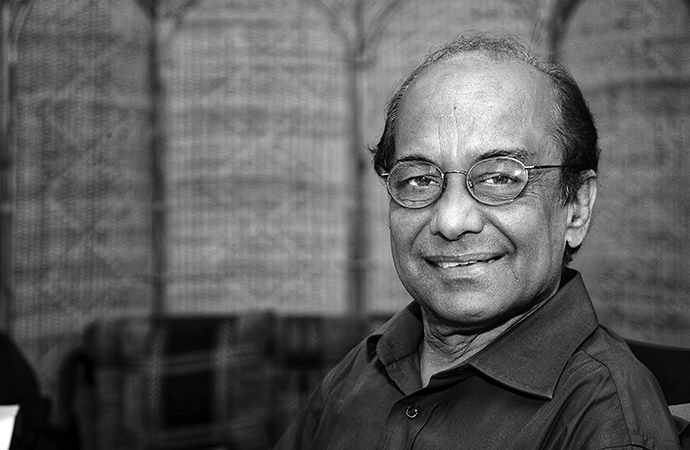 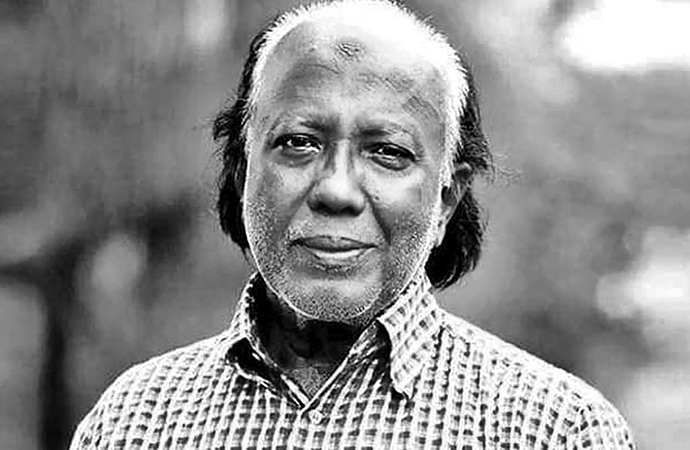 When TS Eliot addressed the month of April as the cruellest month in his epic poem 'The Waste Land', he signified how the life and colour of spring can throw someone into depression and forces painful memories to surface. The ongoing global pandemic of COVID-19 was absent during the timeline of Eliot, however, his interesting remark on April remained brutally honest about bringing back the haunting memories. With respect to its 2020 prelude, COVID-19 has resumed its wrath even more viciously once again in 2021 and April became one of the saddest months in history for its cleansing mission in Bangladesh, consisting of the daily highest death rate and positive cases.

One of the most tragically impacted fields in this context is the cultural sphere of Bangladesh, which had to bid adieu to some of its monumental and iconic figures in April. These talented individuals shaped the sphere from their own genres of works for years, through projecting their hardships, dedication, passion and talent. COVID-19 may have deleted their physical existence, however, these legendary personalities will remain in billion hearts.

The havoc of April started with eminent Rabindra Sangeet singer Mita Haque, who passed away at the age of 59 on April 11 at a city hospital, after losing her battle with COVID-19. She has been a regular performer in the Bangladesh TV and radio since 1977 and was one of the top-ranked performers of both National Radio and Television

Besides her esteemed singing career, Mita Haque was the founder director and teacher of her music school Shurotirtha. She has served as the head of the Department of Rabindra Sangeet at Chhayanaut, Dhaka and also as the former general secretary and incumbent vice-president of the Rabindra Sangeet Shommelon Parishad.

For her remarkable contribution to the music industry, she was conferred with Ekushey Padak in 2020 and the Rabindra Puraskar from Bangla Academy in 2017.

Mita Haque was married to renowned actor Khaled Khan, until his death in 2013.

Farid Ahmed, one of the renowned music directors and most respected personalities in the Bangladeshi music scene, passed away on April 13 at the Square Hospital in the capital. He was tested positive for COVID-19 in March. Alongside coronavirus, he was battling kidney and diabetes-related complications.

Farid Ahmed won the National Film Award in 2017 as the music director in the film Tumi Robe Nirobe. In his esteemed career, he is known for creating many remarkable theme songs for popular television shows including the immensely popular title song Keu Keu Obiraam Chupi Chupi for the popular magazine programme Ityadi, as well as the title tracks of Hridoye Mati O Manush and Channel-i Shera Kontho, to name a few. He is also credited for directing more than 300 background scores for television serials and over 3 thousand background scores for package dramas.

He was the general secretary of Resh Foundation, a music group that has been dedicatedly working for the wellbeing of music artists in Bangladesh.

Professor Shamsuzzaman Khan, the legendary folklorist and Chairman of Bangla Academy, passed away at a city hospital on April 14 at the age of 81 - turning the festive occasion of Pahela Baishakh into a remorseful one. He was in life support after being tested COVID-19 positive and was undergoing treatment at the Bangabandhu Sheikh Mujib Medical University (BSMMU) Hospital for his other illnesses as well, including geriatric complications.

A lifelong guardian of Bangla Academy, prof Shamsuzzaman was appointed as the director-general of the academy on May 24, 2009 and continued till May 23, 2018. He was named the new Bangla Academy Chairman in June 2020 after the death of former Chairman Dr Anisuzzaman, who also passed away last year due to COVID-19.

In his esteemed career, Shamsuzzaman Khan has also served as the director-general for Bangladesh National Museum and Bangladesh Shilpakala Academy.

For his tremendous contribution to the arts and culture of Bangladesh, professor Shamsuzzaman Khan received Bangla Academy Award in 2001, Ekushey Padak in 2009 and Independence Award in 2017, among his other accolades.

One of the most beloved, glamorous and well-respected faces in the film industry of Bangladesh, Sarah Begum Kabori lost her battle with COVID-19 on April 17 at Sheikh Russell Gastroliver Hospital in the capital. Born as Meena Pal on July 19, 1950, Kabori started her glorious journey on the silver screen at the age of 13 with the film Sutorang, directed by Subhash Dutta. Soon, she cemented her legacy as one of the top actresses in the history of Dhallywood. She acted in numerous films throughout the 1970s and 80s, notably Sujon Sokhi and Sareng Bou with Farooque. The duo of Razzak and Kabori became a household name during the golden era of Bangladeshi cinema in the 70s'. Her stellar performance with Bulbul Ahmed in Devdas brought her critical acclaim and Indian filmmaker Ritwik Ghatak directed Titas Ekti Nodir Naam was also praised.

She received the Bangladesh National Film Award twice in her career - first as the Best Actress for her role in the film Sareng Bou (1978) and later honoured with the Lifetime Achievement award in 2013.

Also a former lawmaker, Kabori was elected as a Member of Parliament from the Narayanganj-4 constituency, nominated by the ruling Bangladesh Awami League. She contested in the election in 2008 and served until 2014.

SM Mohsin, one of the renowned theatre activists who was conferred with the Ekushey Padak in 2020, died of COVID-19 at the age of 73 on April 18 at BIRDEM General Hospital in the capital. With a career spanning four decades, SM Mohsin cemented his legacy as a prolific persona in the arts and culture sphere of the country.

He was born in 1948 at Mirzapur, Tangail and completed his alma mater in Bangla and Journalism at Dhaka University. He later channelled his knowledge through becoming a faculty member of the Department of Drama and Dramatics at Jahangirnagar University.

In his esteemed administrative career, Mohsin also served as acting director-general of Bangladesh Shilpakala Academy and also the first project director of the National Theatre. He became an honorary fellow of the Bangla Academy in 2018.

He also acted in several movies, namely Chitra Nodir Pare, Brihannala and others. He completed his last film shooting for the movie Antaratma on April 2, starring Shakib Khan and directed by Wazed Ali Sumon.

Besides achieving the Ekushey Padak for his contributions in the cultural sector in 2020, SM Mohsin received Meril-Prothom Alo Award for Best Television Actor (2007) and Shilpakala Padak (2017), to name a few.

One voice, for one planet