Musings on Maupassant: Ameliorating some pains of the pandemic 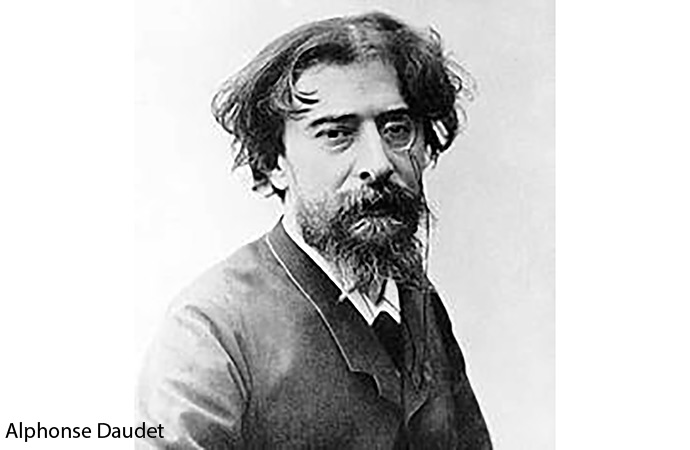 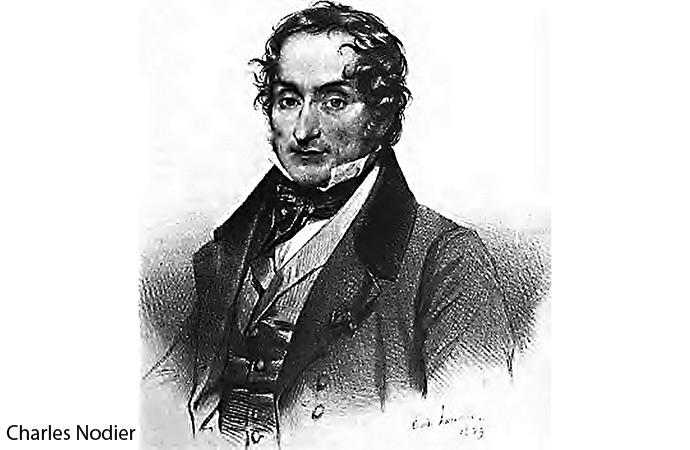 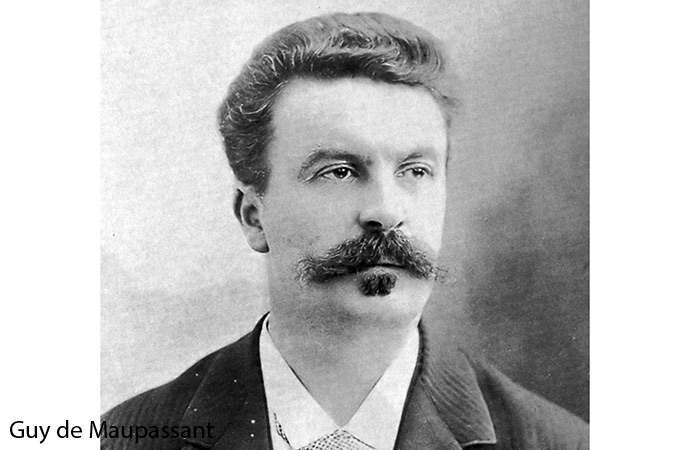 The current pandemic has enveloped us all in a shroud of gloom. But amidst all this despondency we know that life must, as it was indeed meant to, go on. On occasions such as this it is natural for us to turn to whatever tools we have, to try and ameliorate some of our pains and inject whatever vibrancy we are able to, in our lifestyle. Humanity's creative endeavours, such as literature, is one such that can afford us a modicum of comfort. A group of active minds in Dhaka, who comprise 'The Reading Circle (TRC)' under the stewardship of Professor Niaz Zaman has been undertaking on-line programmes to use up some available time to focus on literary thinkers that have helped shape our lives. Recently the short stories of the French author, Guy de Maupassant, was the topic of an extremely stimulating Webinar. Thanks to modern technology, I was able to participate in it from Singapore. In an era of social distancing the efforts of the Dhaka TRC have helped to bring us, spread over the globe, close together.

What was the milieu that served as the backdrop of the French literary efflorescence? The Renaissance, a revival of learning for its own sake, marked the end of the Mediaeval era in Europe. It was a period of rebirth. It impacted on humanity's beliefs, religion, politics, ideas and the manner of their expression. In Italy it found fruition in paintings, sculpture and the fine arts. In England in theatre such as Shakespeare's plays during the Elizabethan period. And in France, in short stories which soon occupied a predominant niche in French culture. Through unfolding times, French short story became characterized by a wide range of techniques and styles, and even literary movements. Some examples would be Dadaism, Surrealism and Existentialism. French short story writers began to be globally acclaimed. Prominent among them were Alphonse Daudet, Charles Nodier, and the subject of our discussion, Maupassant.

He was born in 1850. By then France has experienced its three major Revolutions of 1789, 1830 and 1848. The nation was in ferment. The society had slowly begun to recover from the turmoil, but soon the French became locked in a war with Prussia. Maupassant served in the military for a while, and was demobilized in 1872. His exposure to literature began when his mother arranged for him to be introduced to Gustave Flaubert. Maupassant became his protégé. Flaubert was the author of Madam Bovary. It was a commonplace story of adultery transformed into a novel that will always be read for its profound humanity. Flaubert's death in 1880 was a great blow to Maupassant, though the loss inspired him to write furiously, producing over 300 short stories and six novels.

Flaubert had instilled in Maupassant a passion for unrelenting objectivity and dispassionate recording. It included every trait of incident that could illuminate the psychology of his characters. Maupassant sought to perfect the style by adding an economy of language, and creating a narrative style, outstanding in its austere power, simplicity, and vivid sensuousness. These were accompanied by a scrupulous concern for form, and a dedication to precision of detail.

For the purpose of the TRC Webinar, I chose to read the short story, Madame Baptiste. That was because for me its narration depicted most of these styles and techniques in the composition. It was the story of a woman in a French village who was 'attacked', an euphemism for 'rape', a word that was generally avoided in literature at that time, by an older man. The accompanying social stigma made the little girl's life miserable. But eventually as a young woman, she found happiness in marriage to a municipal official. Alas, her joys were short-lived. At a public event, some detractors of her husband, recalled that rape incident to shame him, and referred to her as 'Madam Baptiste', after the name of her rapist. Deeply distraught, she immediately committed suicide.

It is worth mentioning that many of Maupassant's stories are marked by streaks of sentimentality, as also morbidity. There were several causes. in his 20s, Maupassant had been afflicted with syphilis, which actually might have been congenital as his elder brother also suffered and died from the disease. Oftentimes, society tended to shun him for this. Signs of his incremental mental disorder, as a result of his affliction, can be observed in some of his nightmarish stories. This also caused Maupassant to be influenced by the 'dark romanticism' of the American writer Edgar Allen Poe who wrote tales of mystery and macabre.

Despite the Franco-German rivalry of the age , literature and culture tended to their peoples in a common bond, that perhaps eventually produced the unity in the European Union that is evident today , though the path was replete with wars , trials and tribulations. Maupassant, for instance, found empathy with the pessimism of the German philosopher Schopenhauer who was thought to have stamped mankind with his seal of disdain. Also imprinted in Maupassant' s mind were the powerful sentiments of another German, Johann Wolfgang von Goethe, expressed in his early work 'The Sorrows of Young Werther'. It was a sad tale of unrequited love, and suicide, but also one that inspired men to action, romantic, social, political and military. The book was said to be a favourite of Napoleon Buonaparte, who reportedly carried a copy in his campaigns.

Some of Maupassant's stories reflected lack of humanity, and the vulnerability of the weaker sex. He often portrayed the male person as the tormentor, and identified himself with the tormented female. The evil of unfair male domination and the exploitation of the female persist as very much a part of every- day life in Bangladesh, as well as in many other parts of the world. The unrelenting efforts of many Civil Society Organizations in contemporary times, as well as of the United Nations, have failed to eradicate them. Indeed, the principal character of 'Madam Baptiste' is an everywoman, everywhere in every age. European short-stories have had their influence on Bangladeshi authors as well. For instance, their form and structure are discernible in the works of Syed Mujtaba Ali of Sylhet. But mostly in structure and form, not in style or content. While Maupassant was gloomy and often despairing from whose pen flowed the ink of sorrow on paper, Ali, in contrast, was witty and vivacious in whose hands the pen simply laughed and ran!

Maupassant's mentor Gustave Flaubert was once asked as to who was his model for 'Madam Bovary'. "C'est moi', he had replied: "It is me". Similarly, his mentee, Guy de Maupassant might well have also said that he himself was the model for "Madam Baptiste'. For in 1892 he tried to commit suicide by slitting his own throat, and eventually died from related complications the following year. He was only 43.

Dr Iftekhar Ahmed Chowdhury is Principal Research Fellow at the Institute of South Asia Studies, National University of Singapore. He is a former Foreign Advisor (Foreign Minister) of Bangladesh and President of Cosmos Foundation Bangladesh. The views addressed in the article are his own. He can be reached at: isasiac @nus.edu.sg