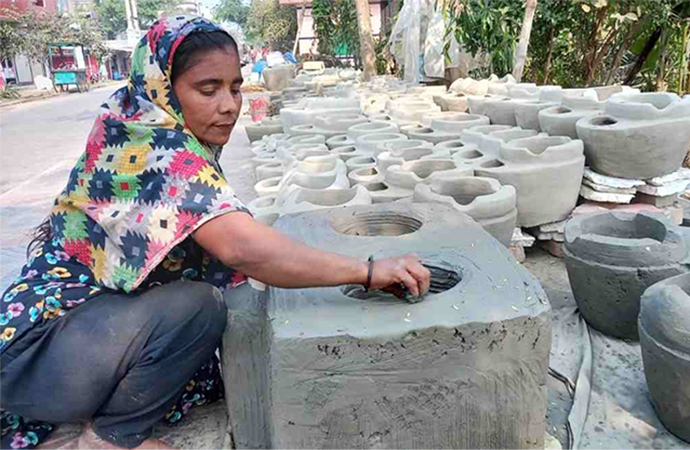 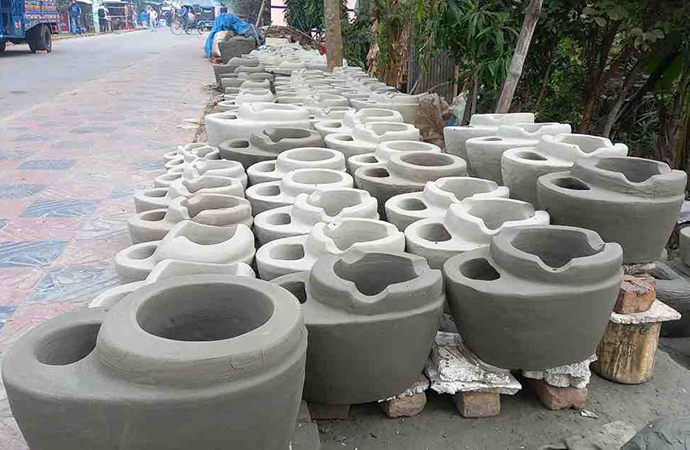 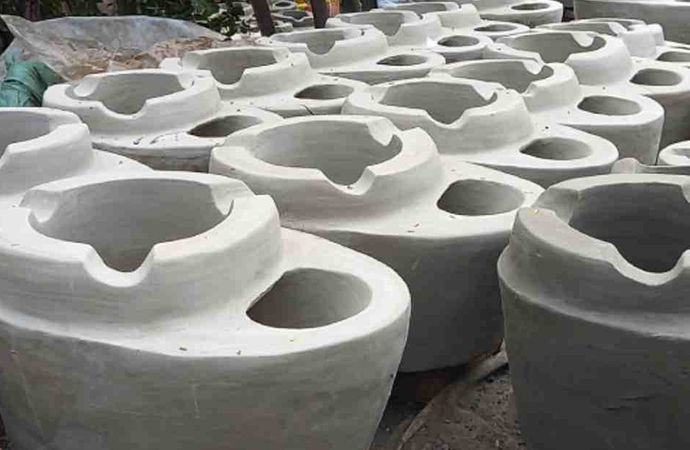 Artisans manufacturing earthen stoves beside the Bhairab river in Bagerhat are finding it hard to earn a livelihood, compelling them to request the government's support.

The artisans, mostly women, have been manufacturing earthen stoves beside the Bhairab river for a very long time. They collect alluvium from the chars that emerge in the river and use it to make stoves. Besides making stoves, they also sell their produce at the riverbank.

Earthen stoves are part of the long-running tradition of rural Bengal. Although a lot of time has passed, earthen stoves have kept their appeal intact. Those who use timber for cooking still rely on earthen stoves for food processing.

Besides villages, earthen stoves can be found in cities too, especially during winter when small traders are seen preparing cakes on the streets. An earthen stove costs Tk 150 to Tk 500 depending on size, much lower than gas stoves, which is also a reason why earthen stoves are still being used by many.

Razia Begum has been making earthen stoves for almost two decades. Razia's mother also used to do the same till her death. Razia's husband has been missing for 15 years. She has a small family consisting of only a son, which depends on selling earthen stoves for livelihood. Razia has to search for alternative sources of income if she can't sell her produce on a given day.

"I collect silt from the chars of Bhairab river and make earthen stoves of various sizes, shapes and designs with it. It takes 15-20 days for a stove to become ready for sale. I live in a small hut by the river and sell stoves from there. It has been 30 years but I haven't been able to manage a house for myself. I urge the government to provide me with a decent place to live," said Razia.

Alamgir Hossain, a tea seller and a buyer of earthen stove, said that he uses timber for preparing tea.

Laboni Begum, another buyer of earthen stoves, said that although she has a gas connection at her house, she uses earthen stoves whenever the gas supply runs out.

Mahedi aims to take a bigger role in Bangladesh team

A Chinese navy vessel arrived at a Beijing-built port in southern Sri ...