US President-elect Joe Biden introduced a slate of veteran diplomats 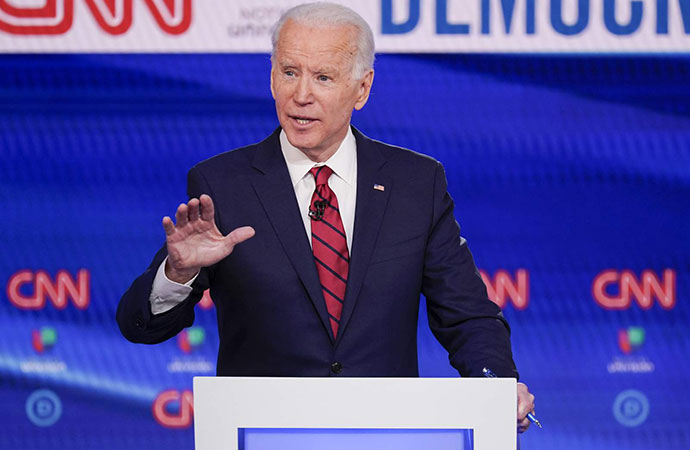 US President-elect Joe Biden introduced a slate of veteran diplomats and policy-makers who will make up his national security and foreign policy team, saying: "America is back, ready to lead the world." Biden said that after he is inaugurated on 20 January, the United States will "once again sit at the head of the table, ready to confront our adversaries and not reject our allies." The slate that Biden unveiled included veterans of the Barack Obama administration and signaled a return to traditional US diplomacy and multilateralism.

Antony Blinken, Biden's choice for secretary of state, said the United States cannot solve global problems on its own. Former secretary of state John Kerry, who Biden chose as his special envoy on climate change, confirmed that the United States will rejoin the Paris climate accord. Cuban-born Alejandro Mayorkas was named to head the Department of Homeland Security. Avril Haines was nominated to be the director of national intelligence, the first woman to hold the post, while Jake Sullivan was named national security advisor.

Beijing lashed out at India after it banned another tranche of Chinese apps for national security reasons, the latest sore point between the two nuclear-armed neighbours. Tensions remain high between Beijing and New Delhi after a deadly June clash in a disputed border area that left 20 Indian soldiers dead and an unspecified number of Chinese casualties. India banned 43 Chinese apps on Tuesday-including some from e-commerce giant Alibaba-for threatening "sovereignty and integrity".

Thailand said it transferred three Iranians involved in a botched 2012 bomb plot back to Tehran, as Iran released an Australian academic who was imprisoned for more than two years on spying charges. While Thai officials declined to call it a swap and Iran referred to the men as "economic activists," the arrangement freed academic Kylie Moore-Gilbert and saw the three men linked to a wider bomb plot targeting Israeli diplomats return home to a hero's welcome.

The bombers wore Iranian flags draped over their shoulders, their faces largely obscured by black baseball caps and surgical masks. The reason for Iran's refusal to name those freed remains unclear. However, Tehran has long denied being behind the bomb plot and likely hopes to leverage the incoming administration of U.S. President-elect Joe Biden to ease American sanctions imposed by President Donald Trump.

Ethiopia's prime minister has ordered federal military forces to launch a "final offensive" on the capital of the restive Tigray region after his 72-hour ultimatum for dissident local leaders to surrender expired. In a statement posted on social media, Abiy Ahmed said great care would be taken to protect innocent civilians from harm and said efforts would be made by government troops to ensure the city of Mekelle, which has a population of 500,000, was not "severely damaged".

Earlier in the week, military officials warned of "no mercy" if residents of Mekelle did not distance themselves from the Tigray People's Liberation Front (TPLF), the local ruling party. Debretsion Gebremichael, the leader of the TPLF, said on Tuesday his people were "ready to die" defending their homeland. Abiy launched the military campaign against the TPLF on 4 November, accusing it of attacking federal military camps in the northern region and seeking to destabilise the country.

The news of an imminent threat to the country’s onli ...

From the Editor-in-Chief: Waiting on Oxford