The head of the World Health Organisation 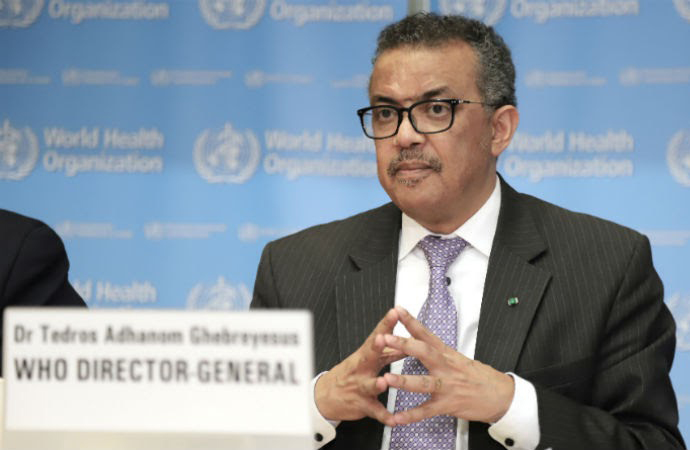 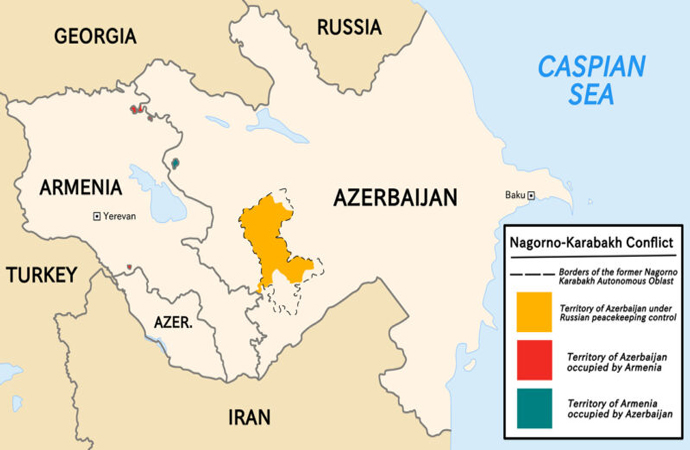 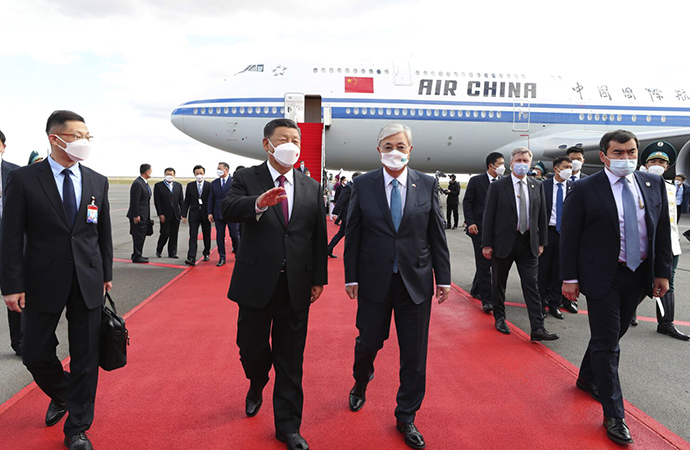 The head of the World Health Organisation said that the number of coronavirus deaths worldwide last week was the lowest reported in the pandemic since March 2020, marking what could be a turning point in the years-long global outbreak. At a press briefing in Geneva, WHO Director-General Tedros Adhanom Ghebreyesus said the world has never been in a better position to stop COVID-19.

"We are not there yet, but the end is in sight," he said, comparing the effort to that made by a marathon runner nearing the finish line. "Now is the time to run harder and make sure we cross the line and reap all the rewards of our hard work." In its weekly report on the pandemic, the U.N. health agency said deaths fell by 22% in the past week, at just over 11,000 reported worldwide. There were 3.1 million new cases, a drop of 28%, continuing a weeks-long decline in the disease in every part of the world.

Armenia and Azerbaijan accused each other of new rounds of shelling as hostilities reignited between the two longtime adversaries. Armenia's Defence Ministry accused Azerbaijani forces of launching combat drones in the direction of the Armenian resort of Jermuk overnight and renewing the shelling from artillery and mortars in the morning in the direction of Jermuk and Verin Shorzha village near the Sevan lake. The Azerbaijani military, in turn, charged that Armenian forces shelled its positions in the Kalbajar and Lachin districts near the separatist Nagorno-Karabakh region.

Armenia said at least 49 of its soldiers have been killed since fighting erupted early Tuesday, while Azerbaijan said it lost 50 troops. The two countries have been locked in a decades-old conflict over Nagorno-Karabakh, which is part of Azerbaijan but has been under the control of ethnic Armenian forces backed by Armenia since a separatist war there ended in 1994. Azerbaijan reclaimed broad swaths of Nagorno-Karabakh and adjacent territories held by Armenian forces in a six-week war in 2020.

Chinese President Xi Jinping started his first foreign trip since the outbreak of the pandemic with a stop in Kazakhstan ahead of a summit with Russia's Vladimir Putin and other leaders of a Central Asian security group. Wearing a blue suit and a face mask, Xi was met on the airport tarmac by President Kassym-Jomart Tokayev and an honour guard, all of whom wore masks. Xi's trip underlines the importance Beijing places on asserting its role as a regional leader amid tension with Washington, Japan and India.

Tokayev's government said the two leaders would discuss energy and trade. Kazakhstan, a sparsely populated country of 19.4 million people and sprawling grasslands, is a major oil and gas producer. China is a leading customer. Tokayev thanked Xi for his visit, which he said was of "historic significance" and came at a time of "unprecedented, after the end of the Cold War, escalation of international tensions."

Twitter's former security chief told Congress there was "at least one agent" from China's intelligence service on Twitter's payroll and that the company knowingly allowed India to add agents to the company roster as well, potentially giving those nations access to sensitive data about users. These were some of the troubling revelations from Peiter "Mudge" Zatko, a respected cybersecurity expert and Twitter whistleblower who appeared before the Senate Judiciary Committee to lay out his allegations against the company.

Zatko told lawmakers that the social media platform is plagued by weak cyber defences that make it vulnerable to exploitation by "teenagers, thieves and spies" and put the privacy of its users at risk. "I am here today because Twitter leadership is misleading the public, lawmakers, regulators and even its own board of directors," Zatko said as he began his sworn testimony.