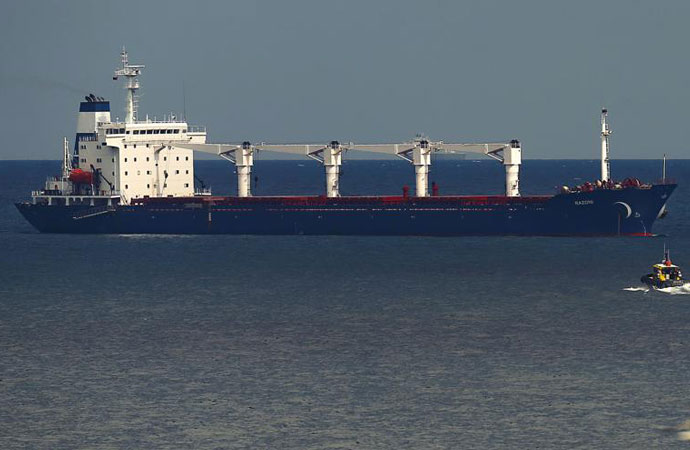 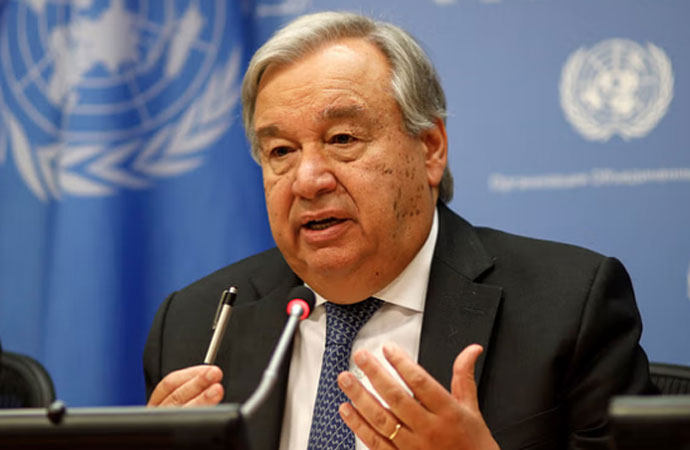 The first grain ship to leave Ukraine and cross the Black Sea under a wartime deal passed inspection in Istanbul and headed on to Lebanon. Ukraine said 17 other vessels were "loaded and waiting permission to leave," but there was no word yet on when they could depart. A joint civilian inspection team spent three hours checking the cargo and crew of the Sierra Leone-flagged ship Razoni, which left Odessa on Monday (Aug. 1) carrying Ukrainian corn, a UN statement said.

The Joint Coordination Centre team included officials from Ukraine, Russia, Turkey and the United Nations, who signed deals last month to create safe Black Sea shipping corridors to export Ukraine's desperately needed agricultural products as Russia's war upon its neighbour grinds on. Ukraine is a major global grain supplier but the war had blocked most exports, so the July 22 deal aimed to ease food security around the globe. World food prices have been soaring in a crisis blamed on the war, supply chain problems and COVID-19.

US Senators delivered overwhelming bipartisan approval to NATO membership for Finland and Sweden, calling expansion of the Western defensive bloc a "slam-dunk" for US national security and a day of reckoning for Russian President Vladimir Putin over his invasion of Ukraine. Wednesday's 95-1 vote - for the candidacy of two Western European nations that, until Russia's war against Ukraine, had long avoided military alliances - took a crucial step toward expansion of the North Atlantic Treaty Organisation and its 73-year-old pact of mutual defence among the United States and democratic allies in Europe.

Senate Majority Leader Chuck Schumer invited ambassadors of the two nations to the chamber gallery to witness the vote. President Joe Biden, while rallying global economic and material support for Ukraine, has sought quick entry for the two previously non-militarily aligned northern European nations. In the roughly three months since they applied, the two countries have secured the support of more than half of Nato's 30 members. It is required from all of them.

UN chief Antonio Guterres sharply criticised the "grotesque greed" of oil and gas companies, for making record profits from the energy crisis on the back of the world's poorest people, "while destroying our only home." Guterres said it was "immoral" that the largest energy companies in the first quarter of the year made combined profits of close to $100 billion. He urged all governments to tax these excessive profits "and use the funds to support the most vulnerable people through these difficult times."

Guterres urged people everywhere to send a message to the fossil fuel industry and their financiers that "this grotesque greed is punishing the poorest and most vulnerable people, while destroying our only common home, the planet." The secretary-general spoke at the news conference launching a report by the Global Crisis Response Group he set up to tackle the triple interconnected crises of food, energy and finance which the world economy is grappling with.

US President Joe Biden announced Monday that al-Qaida leader Ayman al-Zawahri was killed in a drone strike in Kabul, an operation he said delivered justice and hopefully "one more measure of closure" to families of the victims of the Sept. 11, 2001, attacks on the United States. Biden said in an evening address from the White House that U.S. intelligence officials tracked al-Zawahri to a home in downtown Kabul where he was hiding out with his family. Biden approved the operation last week and it was carried out Sunday.

Al-Zawahri and the better-known Osama bin Laden plotted the 9/11 attacks that brought many ordinary Americans their first knowledge of al-Qaida. Bin Laden was killed in Pakistan in 2011. The house Al-Zawahri was in when he was killed was owned by a top aide to senior Taliban leader Sirajuddin Haqqani. The strike was carried out by the CIA.

The International Monetary Fund said it would work w ...