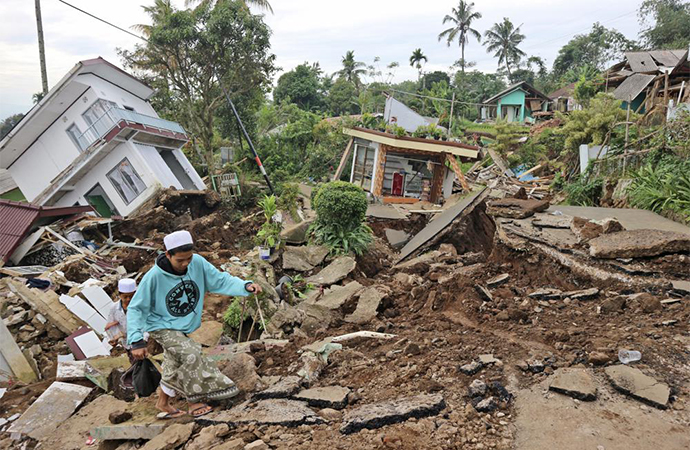 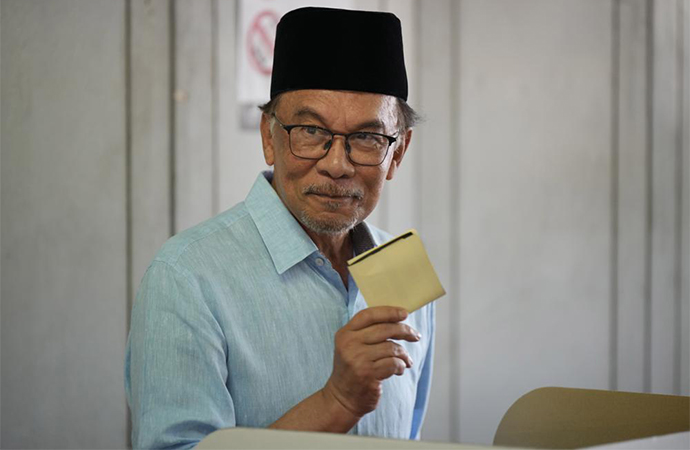 Rescuers in Indonesia continued their efforts throughout the week to find survivors trapped after an earthquake struck West Java, Indonesia on Monday (Nov.21). The latest official figures said 271 people were killed - many of them children - and 40 still missing. Hundreds of others were injured. Damaged roads and the vast size of the affected area are making it difficult to locate and help victims. The National Disaster Mitigation Agency said that 22,000 houses had been damaged, and that more than 58,000 people had taken shelter in several locations in the region.

The 5.6 magnitude quake struck a mountainous region, causing landslides that buried entire villages near the West Java town of Cianjur. Victims were crushed or trapped after walls and roofs caved in. The earthquake, which struck at a shallow depth of 10km (six miles), was followed by dozens of aftershocks which caused more damage as poorly built homes collapsed.

Brazil's electoral court has rejected a challenge against the presidential election result made by the far-right party of President Jair Bolsonaro, the defeated candidate. He narrowly lost to the leftist former leader, Luiz Inacio Lula da Silva, and his Liberal Party (PL) claimed without evidence that voting machines were compromised. The court said the complaint was made "in bad faith" and fined the party 22.9m reais (£3.5m; $4.3m). Lula takes office on 1 January.

Superior Electoral Court (TSE) President Alexandre de Moraes said the PL complaint was "offensive to democratic norms" and had sought to "encourage criminal and anti-democratic movements". Lula's victory - with 50.9% to Mr Bolsonaro's 49.1% - has been ratified by the TSE. Bolsonaro has previously claimed that Brazil's electronic voting system is not fraud-proof. He has still not conceded defeat, but has given the go-ahead for a presidential transition. He stepped away from the public gaze after losing the election on October 30.

Malaysia's king named reformist opposition leader Anwar Ibrahim as the country's prime minister, ending days of uncertainty after divisive general elections produced a hung Parliament. Sultan Abdullah Sultan Ahmad Shah said Anwar will be sworn in as the nation's 10th leader at the palace. Anwar's Alliance of Hope led the parties in contention with 82 seats, short of the 112 needed for a majority. An unexpected surge of ethnic Malay support propelled Former Prime Minister Muhyiddin Yassin's right-leaning National Alliance to win 72 seats, in which the Pan-Malaysian Islamic Party emerging as the biggest single party with 49 seats.

The stalemate was resolved after the long-ruling bloc led by the United Malays National Organization agreed to support a unity government under Anwar. Such a tie-up was once unthinkable in Malaysian politics. The monarch urged Anwar and his new government to be humble, and said all opposing parties should reconcile to ensure a stable government and end Malaysia's political turmoil.

A cholera outbreak sweeping through Haiti is claiming a growing number of children amid a surge in malnutrition, UNICEF announced. The deadly combination means that about 40% of cholera cases in the impoverished country of more than 11 million inhabitants now involve children, with 9 out of 10 cases reported in areas where people are starving, according to the United Nations agency. "We have to plan for the worst," Manuel Fontaine, director of UNICEF's Office of Emergency Programs, told The Associated Press during a visit to Haiti.

Cholera has killed at least 216 people and sickened more than 12,000 since the first deaths were announced in early October, according to the Haitian Health Ministry and Pan American Health Organization. They say about 9,300 people are currently hospitalised with the disease. Experts believe the number is much higher due to underreporting. UNICEF and Haiti's government are seeking at least $28 million to help feed, hydrate and care for 1.4 million people affected by the crisis.

In a major reshuffle in the field-level civil admini ...

Bangladesh & the EU: Towards a new level in relation ...