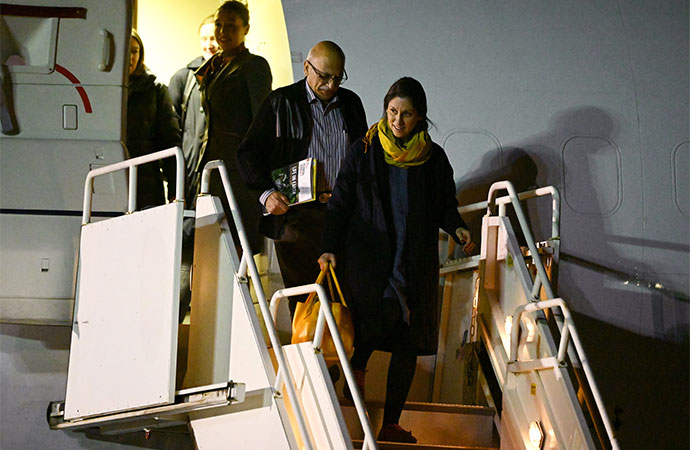 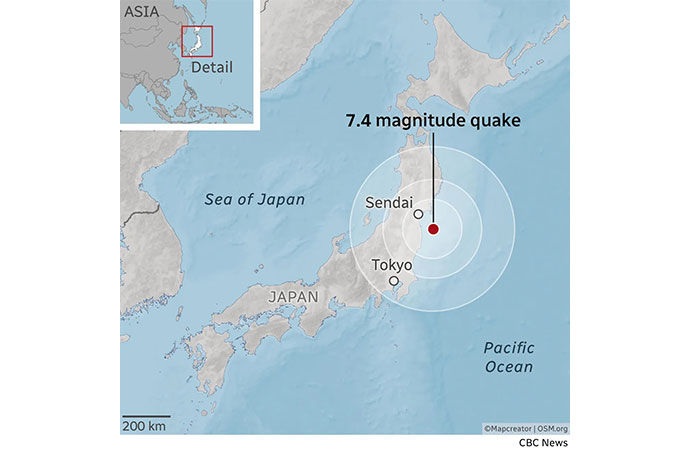 Nazanin Zaghari-Ratcliffe and Anoosheh Ashoori have been reunited with their families in the UK after years of detention in Iran. The British-Iranian nationals were met by their loved ones at RAF Brize Norton in the early hours of Thursday. Zaghari-Ratcliffe's seven-year-old daughter Gabriella rushed to hug her mother, who she had not seen in years. Ashoori's daughter Elika spoke of her happiness at seeing her father, sharing a video of the pair's arrival.

Gabriella was heard asking "is that mummy?" before her mother walked down the plane's stairs at the airport in Oxfordshire. Zaghari-Ratcliffe, 43, and Ashoori, 67, finally left Tehran on Wednesday after their release was secured following months of negotiations. UK Foreign Secretary Liz Truss said the pair's departure from Iran had been uncertain until the last minute, but they were in good spirits. MP Tulip Siddiq said Gabriella had asked her if her father Richard was "pulling her leg" about her mother coming home.

A three-judge bench in the southern Indian state of Karnataka upheld a government ban on the hijab worn by Muslim women in schools and colleges on the grounds that wearing it was not "essential" to Islam. The verdict, which came in the wake of a polarising row over the hijab, has been challenged in the Supreme Court - an appeal against the ban was filed hours after the high court order.

But legal experts and scholars have begun weighing in, trying to unpack what the ruling means in a diverse country where public displays of faith are common. At the heart of verdict is the so-called "essentiality test" - used to determine if something is essential to a faith - which Indian courts are increasingly using to settle disputes around religion. Quoting passages from the Koran, it ruled that the state has the right to prescribe a uniform without the hijab - it dismissed the students' objections, saying the rule was a "reasonable restriction" on their constitutional rights.

Residents in Fukushima and Miyagi were cleaning their homes after a sleepless night following a powerful 7.4-magnitude earthquake that struck off the northern Japanese coasts, smashing furniture, knocking out power and killing four people. Tsunami waves as high as 11 inches reached shore in Ishinomaki, about 390 kilometres (240 miles) northeast of Tokyo. The region is part of an area devastated by a deadly 9.0 quake and tsunami 11 years ago that caused nuclear reactor meltdowns, spewing massive radiation that still makes some parts uninhabitable.

Chief Cabinet Secretary Hirokazu Matsuno told reporters Thursday morning (Mar. 17) that four people died during the quake and the cause of their deaths are being investigated, while 107 others were injured. Footage showed broken walls of a department store building that fell to the ground and shards of windows scattered on the street near the main train station in the inland prefectural capital of Fukushima city. Roads were cracked and water poured out from pipes underground.

The leading UK ferry operator, P and O Ferries, has sacked 800 British crew across its entire fleet after stopping all its sailings on Thursday. Unions called on the government to halt what it called a "scandalous betrayal", with P and O planning to use cheap agency staff to operate its ships. The operator, owned by the Dubai-based DP World, earlier told crew to return to port and await a "major announcement" in a sudden move likely to cause serious disruption to travel for passengers and freight.

Security staff were preparing to remove crew from ships in Dover and Larne, Belfast, after unions instructed crew not to leave vessels. Coaches carrying replacement agency staff were reported to be standing by at Dover and Hull. The RMT said that guards with handcuffs were seeking to board ships to remove crew so they could be replaced with cheaper labour.

The cabinet approved in principle the draft ‘Evidenc ...