China and Russia defended their vetoes of a strongly backed U.S. resolution 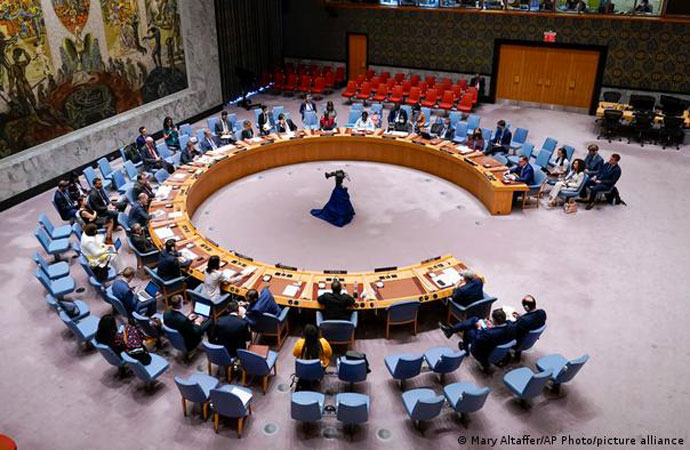 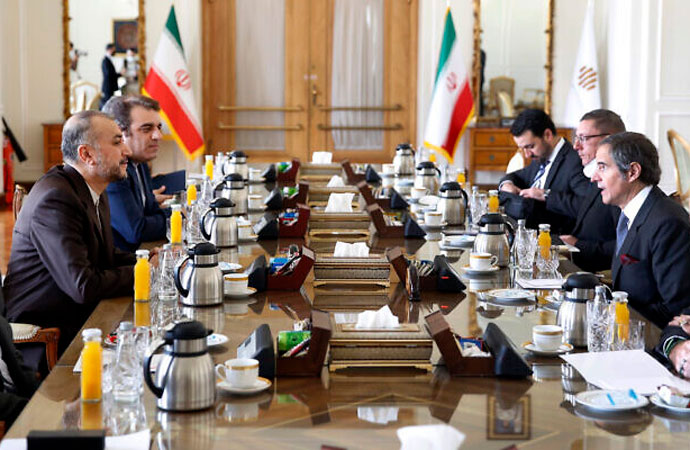 China and Russia defended their vetoes of a strongly backed U.S. resolution that would have imposed tough new sanctions on North Korea, speaking at a first of its kind General Assembly meeting this week. The debate was held under new rules requiring the General Assembly to examine any veto wielded in the Security Council by one of its five permanent members. Close allies China and Russia reiterated their opposition to more sanctions, blaming the United States for rising tensions on the Korean peninsula and insisting that what's needed now is dialogue between North Korea and the Biden administration.

Nearly 70 countries signed up to speak at the open meeting which General Assembly President Abdalla Shahid hailed as making the U.N. more efficient and accountable. The General Assembly's adoption of a resolution on April 26 requiring a debate on the issue not only gives a chance to the country or countries casting a veto to explain their reasoning, but all U.N. member nations get "a welcome opportunity" to share their views on the matter at hand.

Thailand made it legal to cultivate and possess marijuana as of Thursday, like a dream come true for an ageing generation of pot smokers who recall the kick the legendary Thai Stick variety delivered. The stated intention of the country's public health minister to distribute 1 million marijuana seedlings, beginning Friday (Jun 10), has added to the impression that Thailand is turning into a weed wonderland.

Some Thai advocates celebrated by buying marijuana at a cafe that had previously been limited to selling products made from the parts of the plant that do not get people high. The dozen or so people who turned up at the Highland Cafe were able to choose from a variety of buds with names such as Sugarcane, Bubblegum, Purple Afghani, and UFO. So far, it appears there would be no effort to police what people can grow and smoke at home, aside from registering to do so, and declaring it is for medical purposes.

At least five Arab nations lodged official protests against India, and Pakistan and Afghanistan also reacted strongly to comments made by two prominent spokespeople from Prime Minister Narendra Modi's Bharatiya Janata Party. Anger has poured out on social media, and calls for a boycott of Indian goods have surfaced in some Arab nations. The controversial remarks follow increasing violence targeting India's Muslim minority carried out by Hindu nationalists emboldened by Modi's regular silence about such attacks since he was first elected in 2014.

Two spokespeople, Nupur Sharma and Naveen Jindal, made speculative remarks that were seen as insulting Islam's Prophet Muhammad and his wife Aisha. Modi's party took no action against them until Sunday, when a sudden chorus of diplomatic outrage began with Qatar and Kuwait summoning their Indian ambassadors to protest. Later, Saudi Arabia and Iran also lodged complaints with India, and the Jeddah-based Organization of Islamic Cooperation (OIC) condemned the remarks.

Iran condemned the adoption of a resolution presented by the United States, Britain, France and Germany at the Board of Governors meeting of the International Atomic Energy Agency as political, unconstructive and incorrect. Iran already announced it had disconnected some IAEA cameras monitoring its nuclear sites in anticipation of the watchdog's adoption of the Western-drafted censure motion.

The motion - the first to criticise Iran since June 2020 - was approved by 30 members of the IAEA board of governors, with only Russia and China voting against it. The resolution came after the Vienna-based IAEA raised concerns about traces of enriched uranium previously found at three sites Tehran had not declared as having hosted nuclear activities. In a statement on Wednesday, Iran's Atomic Energy Organization stressed that it was continuing to abide by the safeguard agreement with the IAEA.

The government cancelled the operating licence