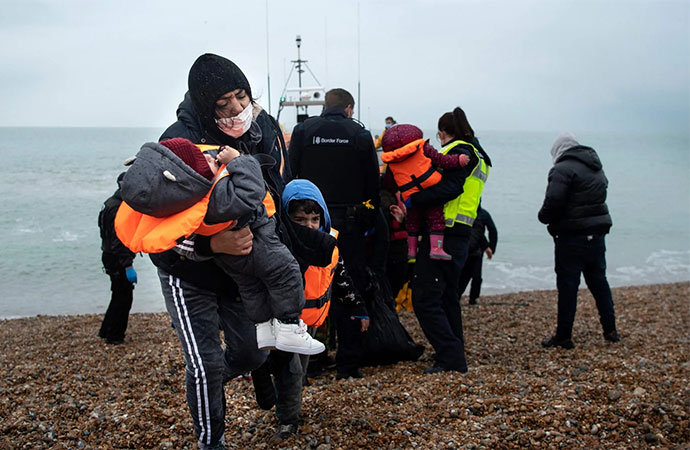 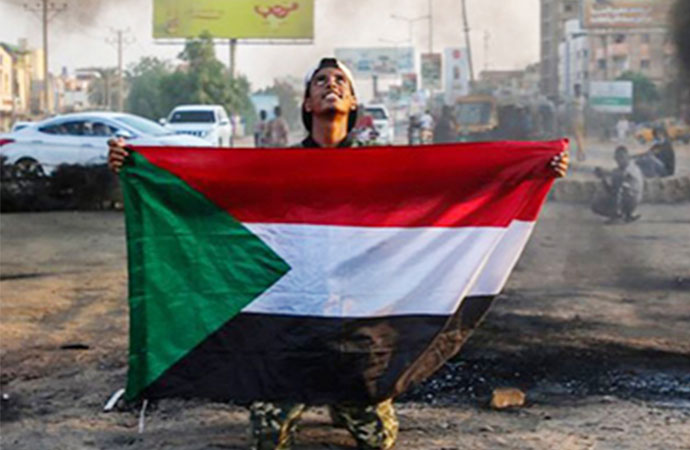 At least 31 migrants bound for Britain died when their boat sank in the English Channel, in what France's interior minister called the biggest migration tragedy on the dangerous crossing to date. Interior Minister Gerald Darmanin said 34 people were believed to have been on the boat. Authorities found 31 bodies - including those of five women and a young girl - and two survivors, he said. One person appeared to still be missing. The nationalities of the travellers were not immediately known.

The regional maritime authority, which oversees rescue operations, later said 27 bodies were found, two people survived and four others were missing and presumed drowned. The discrepancy was not immediately explained. The number of people fleeing conflict or poverty in Afghanistan, Sudan, Iraq, Eritrea or elsewhere risking the perilous journey in small, unseaworthy craft from France, hoping to win asylum or find better opportunities in Britain, have tripled this year compared to 2020.

Libya's top electoral body disqualified the son and onetime heir apparent of the late dictator Moammar Gadhafi from running for president in elections to be held next month, citing his previous convictions. The name of Seif al-Islam Gadhafi appeared on a list of ineligible candidates issued by the country's High National Elections Committee. He can appeal the decision in court in the coming days.

Seif al-Islam had been sentenced to death by a Tripoli court in 2015 for using violence against protesters in a 2011 uprising against his father, but that ruling has since been called into question by rival authorities. He is also wanted by the International Criminal Court on charges of crimes against humanity related to the uprising. Libya is set to hold the first round of presidential elections on Dec. 24, after years of U.N.-led attempts to usher in a more democratic future and end the country's civil war.

Thousands of Sudanese took to the streets on Thursday in the capital of Khartoum, renewing their demand for a fully civilian government and denouncing the country's military rulers who were behind the October coup. The protests came just days after the military signed a new power-sharing deal with the prime minister, after releasing him from house arrest and reinstating him as head of government. The deal came almost a month after the generals orchestrated the takeover that deposed Prime Minister Abdalla Hamdok and detained dozens of politicians and activists.

Hamdok's reinstatement was the biggest concession made by the military since its Oct. 25 coup but leaves the country's transition to democracy mired in crisis. Sudan's key pro-democracy groups and political parties have dismissed the deal as falling short of their demands for a fully civilian rule. Sudan has been struggling with its transition to a democratic government since the military overthrew longtime autocrat Omar al-Bashir in 2019.

Three men were convicted of murder in the killing of Ahmaud Arbery, a Black man who was running empty-handed through a Georgia, USA subdivision when the white strangers chased him, trapped him on a quiet street and blasted him with a shotgun. The February 2020 slaying drew limited attention at first. But when video of the shooting leaked online, Arbery's death quickly became another example in the nation's reckoning of racial injustice in the way Black people are treated in their everyday lives.

Now the men all face a mandatory sentence of life in prison. The judge will decide whether their sentences are served with or without the possibility of parole. As the first of 23 guilty verdicts were read, Arbery's father had to leave the courtroom after leaping up and shouting. As the judge finished, Arbery's mother dropped her head and quietly pumped her fists. The jury deliberated for about 10 hours before convicting Greg McMichael, son Travis McMichael and neighbour William "Roddie" Bryan.

Bangladesh-S Korea to have more cultural exchanges i ...

Hate speech in Myanmar continues to thrive on Facebo ...