It takes a village: Inside Bangladesh's miracle YouTube channel 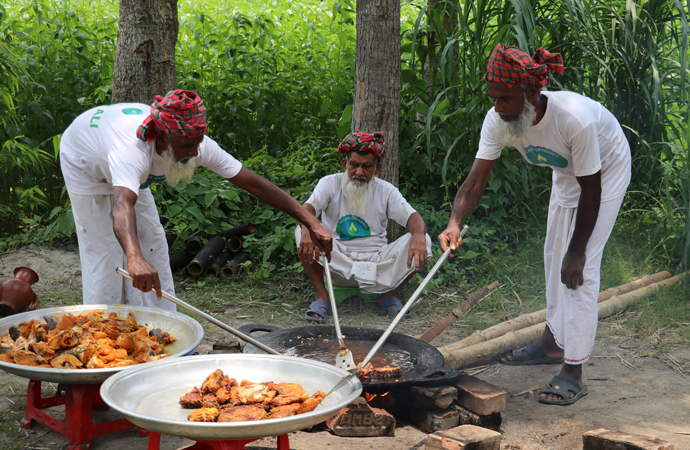 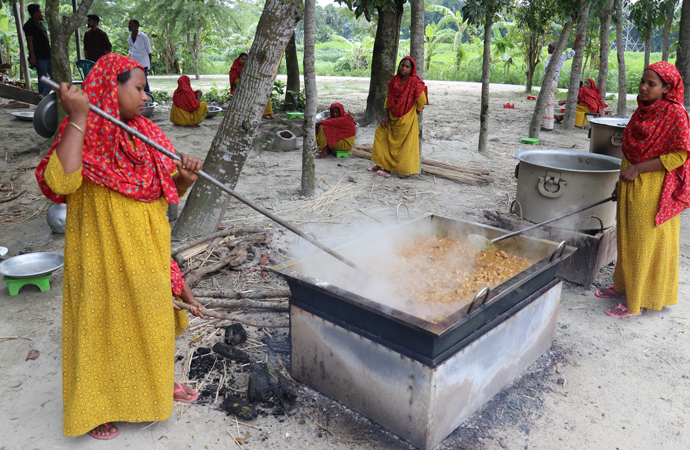 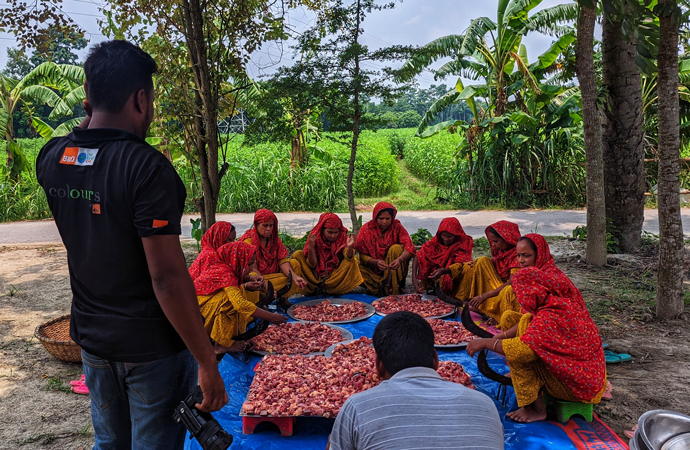 Bangladesh, like most countries around the world, celebrated World Tourism Day this year on September 27. The theme of this year has been "Rethinking Tourism," and the United Nations World Tourism Organization (UNWTO) has also launched its first World Tourism Day Report, the first in an annual series of updates and analyses of the Organization's work guiding the sector forward. The inaugural report is titled "Rethinking Tourism: From Crisis to Transformation'' which reflects the timely relevance of the 2022 theme, as well as the unprecedented crisis that hit the sector in 2020.

The calendar year of 2020 has undoubtedly been a devastating year for the tourism and hospitality sector across the globe, and Bangladesh became also a sufferer. The country does not have many recreational spaces for its relatively large population, and those places - whether they are public properties or private - have not been properly regulated or monitored. Moreover, there have not been many options for the unfortunate visitors in this country, when it comes to village tourism.

Challenging this particular scenario, a particular village and some of its tech-savvy villagers took over an initiative which is now globally popular through the blessings of YouTube - the world's most-used video platform, and the second most-used search engine after Google. A Khulna-based software engineer named Liton Ali Khan, also a Computer Science and Technology (CSE) graduate of Khulna University of Engineering and Technology (KUET) - started this revolutionary journey randomly on YouTube back in 2016, to showcase the rural and authentic beauty of Bengal - but in doing so, he and his uncle Delwar Hossain, a school teacher in their Shimulia village of the Khoksha Upazila in Kushtia district, eventually transformed the village into a global sensation.

This is the story of Shimulia's much-talked-about "YouTube Village" - which is the aftermath of the incredible success of Liton Ali Khan's successful YouTube journey. His YouTube channels, namely "AroundMeBD" and "Village Grandpa's Cooking," made a revolutionary socio-economic impact in Shimulia by showcasing massive community kitchens and group-based cooking under the open sky, and socialization with delicious foods. The activities are operated by a group of young and tech-savvy people and are participated by housewife women and elderly citizens, who love preparing gargantuan quantities of local and international delicacies to feed the locals. Within just a few years, these YouTube channels became the catalyst for improving the socio-economic status of Liton's hometown Shimulia village in Khoksa Upazila, Kushtia, Bangladesh.

As of this write-up, "AroundMeBD" has a total of 4.37 million subscribers on YouTube with a total of 1126 videos, while its associate channel, "Village Grandpa's Cooking" has currently 1.27 million subscribers and 257 videos since its inception in July 2020, amid the pandemic. "AroundMeBD" uploads its brand new videos on Monday and Friday, while "Village Grandpa's Cooking" drops new videos on Saturday and Tuesday. Altogether, both of these channels have over 50 workers including 17 women who cook for "AroundMeBD" and four elderly brothers currently in their 70s - Liakot Ali, Lukman Ali, Atiar Ali, and Neyab Ali, who are regularly featured in cooking videos of "Village Grandpa's Cooking." The shoots are operated and directed by Mursalin Shojib, one of AroundMeBD's first employees, alongside videographers such as Asadul Islam. These channels have other associate channels under the supervision of Liton Ali Khan and Delwar Hossain, and the team has created a YouTube Village Park on a massive 35 bigha of land. The park started welcoming visitors in May this year, offering fun rides and amusement activities including rides such as family train, pedal boat and more. With a soothing visual of its massive flower gardens and fun projects representing giant creative craft works, the park is specially designed for family day-out programs, according to its initiators.

So what is the backstory of the YouTube channels and the entire project?

The year is 2016, and Liton Ali Khan, then already a Computer Science and Technology (CSE) graduate from the Khulna University of Engineering and Technology (KUET), randomly started a YouTube channel. Initially the channel, 'AroundMeBD' - didn't offer much, except for the content which literally resonates with the name. Liton Ali Khan started recording and uploading videos of his own surroundings, including the crowded streets of Mirpur and some other places in Dhaka, the city's vegetable and fisheries marketplaces and more. The videos started gaining popularity, and the channel eventually started getting a number of subscribers within a few months.

Shortly after, Khan made the decision to use AroundMeBD to highlight picnic-style cooking and feasting videos produced in his hometown. As per the advice of his uncle Delwar Hossain, he decided to monetise the channel and added staff members from his hometown, alongside providing them with high-quality camera gear and filmmaking equipment. The plan was as follows: Liton Ali Khan would oversee the editing and uploading of the videos, while the video-making crew in Shimulia would film the picnics under the direction and supervision of Delwar Hossain, who would then travel carrying the videos on SD Cards and hand them over to Khan.

As Khan works as a software engineer and tech entrepreneur in the capital's Mirpur, he makes sure of the quality of those videos and also takes care of the uploading schedule every week. The naming of the village came through a special person, American filmmaker Will Sonbuchner whose alias is much familiar with global audiences - Sonny Side from the "Best Ever Food Review Show" channel, the first food review show on YouTube that explores the distinctive delicacies of countries across the world from a unique angle and with a crisp delivery, promoting awareness and compassion for other cultures in the process. He, alongside two popular Bangladeshi food reviewers - Rafsan TheChotoBhai and "Dine Out with Adnan" host Adnan Faruque - visited the village for the first time in early 2020, right before the beginning of the COVID-19 pandemic. The world-famous YouTuber suggested the name, thus the channel started addressing the village of Shimulia as the "YouTube Village" - which has become a brand in the Bangladeshi YouTube scene.

When the country, like the rest of the world, was battling the pandemic - Liton Ali Khan and his team decided to launch a brand new channel with a brand new vision. This time it was initiated not only to feed but also to help the needy villagers. With a unique cast of four septuagenarians - Liakot Ali, Lukman Ali, Atiar Ali, and Neyab Ali, the "Village Grandpa's Cooking" started its journey on July 2020, showcasing massive arrangements of cooking good food for autistic kids, physically challenged, old, poor and disabled people of their village community in the surroundings.

Exploring the activities inside the YouTube Village, in person

To discover the village and everything about the heartwarming feastings that Liton Ali Khan's YouTube channels 'AroundMeBD' and 'Village Grandpa's Cooking' regularly host for the villagers in the YouTube Village, this reporter alongside UNB and Dhaka Courier photojournalist Adnan Adid recently went to Shimulia in Khoksha, Kushtia. One interesting thing they both discovered is that in the entire village - from the entrance to the newly launched YouTube Village Park in the village - there are signs with the title "YouTube Village" in Bengali and English everywhere, showcasing the pathways to the visitors.

After entering the village, the team of "AroundMeBD" were seen busy preparing a special feast for more than 400 villagers, and the item was Beef Biryani. A team of 15 village ladies were seen cooking about 60 KG of cow meat with 60 KG of pulao rice to cook the Biryani, which is also known as Tehari. On the other hand, three of the four grandpas were seen busy cooking a giant size Katla fish gravy curry and rice. Team lead and videographer Mursalin Shojib was busy shooting the grandpas, while Asadul Islam was filming the Tehari-cooking video for "AroundMeBD."

While sharing the experiences with DC, Shojib said that he and his crew had no prior video expertise, but they were able to pick up the necessary skills by studying YouTube camera tutorials on several topics including wide angle, zoom shot, shutter speed adjustment, and more. A DJI drone and five professional cameras from Canon and Sony are currently in their arsenal, alongside other equipment. The team of grandpas and Shojib himself were seen wearing t-shirts with their names on the back, as their jerseys.

After cooking and having their lunch, both teams started preparing for the next steps of the day. Team "Village Grandpa's Cooking" started making packets of freshly cooked Katla fish curry and rice, then roamed across the village on a local van to hand over the meal packets to the unfortunate and needy individuals. On the other hand, the team "AroundMeBD" was busy welcoming more than 400 villagers for the afternoon feast, serving the Tehari on one-time plates.

Producing these feasts with gargantuan quantities of food is not a matter of joke, and the channels do not compromise on the qualities. Shoriful Hossain, one of the team members of these initiatives, told DC that the average monthly budget for the feasts and videos is around Tk 1,000,000. They always put the highest efforts into sourcing ingredients including cows, chicken, goats, lobster, swordfish, hilsha, katla, ruhi and even exotic foreign items such as tuna fish. The spices, vegetables, fruits and other ingredients are sourced from local markets and vendors, and the whole operation, although spends a huge amount of money, never welcomed any sponsorship from any investors. The whole project is still running with the revenues coming from YouTube only.

For the greater good

The entire journey of Liton Ali Khan's YouTube ventures is constantly proving how a simple idea can change the fate of many lives, and this is not only lauded by regular YouTube audiences around the world but scholars as well. Regarding YouTube Village and the progressive works of these channels, Dr Abdul Kabil Khan, Assistant Professor at the University of Liberal Arts Bangladesh (ULAB), shared his views with DC.

"There is a term called 'Creative Industry' - a globally booming industry featuring creative minds across the globe, generating billions of dollars not only for themselves but also for their respective countries. In Bangladesh, we have explored how our creative industry is booming - many talented individuals are earning remittances from abroad with their outsourcing works over the web. Utilising YouTube as a global medium by showcasing mouthwatering delicacies and the art of socialising, the talented individuals behind the Shimulia-based YouTube channels are not only transcending the borders and proving their worth despite living in a village - but also opening many windows of endless opportunities." Dr Khan told DC.

Stunning billions around the world with a simple and impactful concept, Liton Ali Khan, Delwar Hossain, and their team's YouTube endeavours are undoubtedly breaking down barriers and even opening up new tourist and recreation destinations at their YouTube Village, which has helped to reintroduce Bangladesh to many international audiences.

How the blackout ruined Nabami in Narayanganj