The central bank will be seeking explanations from six more banks 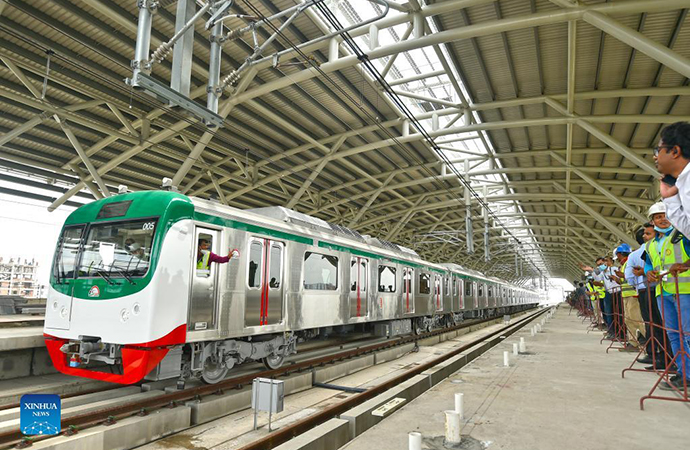 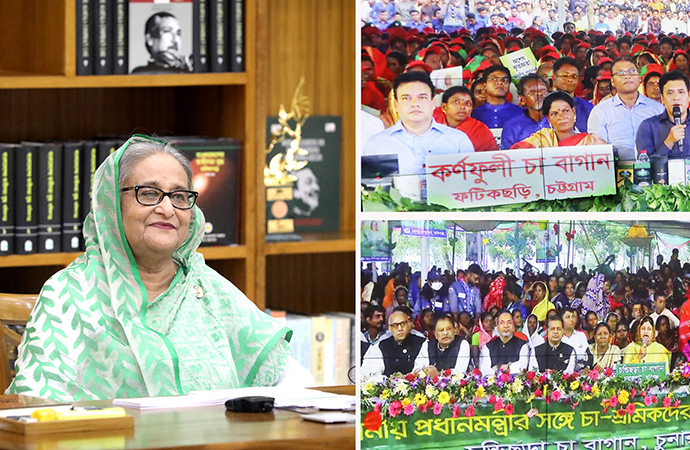 The central bank will be seeking explanations from six more banks over their alleged involvement in profiteering off 'unethical' dollar dealings, over months of volatility in the currency market. Once again, the central bank's attention was drawn to the activities of five private commercial banks (PCBs) and one foreign commercial bank, and they have been asked to submit their explanations in writing within seven working days. The central bank issued its letter Wednesday (Sep. 7).

The six banks this time are NCC Bank, HSBC, Mercantile Bank, Dhaka Bank, United Commercial Bank and Bank Asia. Perhaps one notable difference this time is that there is no indication yet of the banks being asked to remove their heads of Treasury, as was the case with six other banks which allegedly engaged in the same activity. Most observers considered that requirement rather harsh on the part of Shapla Chattor.

The government has fixed Tk 20 as the minimum fare for availing Dhaka's first metro rail, while fares were capped at a maximum Tk 100. In between, the fare per kilometre will be Tk 5. Freedom fighters with identification will have the opportunity to ride for free, said Obaidul Quader, Road Transport and Bridges minister, at an event to announce the fares officially this week.

Quader, however, said the mass rapid transit authorities are yet to decide on whether students will get any concessions, which came as a surprise to most people..The Bangladesh-Japan joint project, officially known as the Mass Rapid Transit (MRT), is expected to kick off with MRT Line 6, from Uttara to Agargaon, in December. There are nine stations in this section. The line from Agargaon to Motijheel is planned to be operational by the end of next year. There will be seven stations in that one.

A Dhaka court framed charges against PK Haldar, the notorious former managing director of NRB Global Bank, and 13 others in a case filed over laundering Tk 80 crore to Canada and amassing about Tk 426 crore illegally. This is the first case involving Haldar, who is an accused in over 20 cases, in which the charges have been framed. Of the 14 accused, Sukumar Mridha, his daughter Anindita Mridha, Abantika Baral, Shankha Bepari, now in jail, pleaded not guilty after Judge Mohammad Nazrul Islam of the Special Judge's Court-10 of Dhaka read out the charges to them.

Haldar and nine others were shown as "fugitives" in the charge sheet and charges were framed against them in their absence. The judge issued arrest warrants against them and fixed September 22 for starting the trial of the case. Haldar was arrested in Ashoknagar of India's West Bengal in May in a drive by India's Enforcement Directorate, that also uncovered massive amounts of property in the neighbouring Indian state owned by him.

Prime Minister Sheikh Hasina pledged houses and even land ownership for tea estate workers, one week after fixing their daily wage Tk 50 higher (from Tk 120) in a meeting with their employers. Although the wage hike failed to meet expectations, the prime minister did manage to persuade the workers to call off their strike demanding a wage rise to Tk 300 per day. At this week's meeting via video conference with the workers, the PM managed to send expectations sky high.

Thousands of workers from four districts who joined the conference and their families cheered, as Hasina said: "I know that an address changes life. I will, of course, provide housing. She provided no timeframe though, for fulfilling her promise. She also stressed the need for improving the treatment facilities in tea garden areas. She said ambulances and doctors should be kept in every garden. The government will take the initiative to set up community clinics next to every garden, she added.

The End of Real Social Networks

Sins and scenes: Begging should be taken more seriou ...