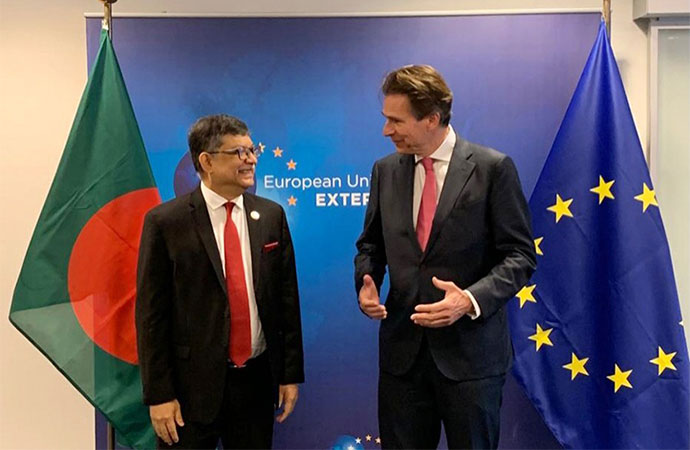 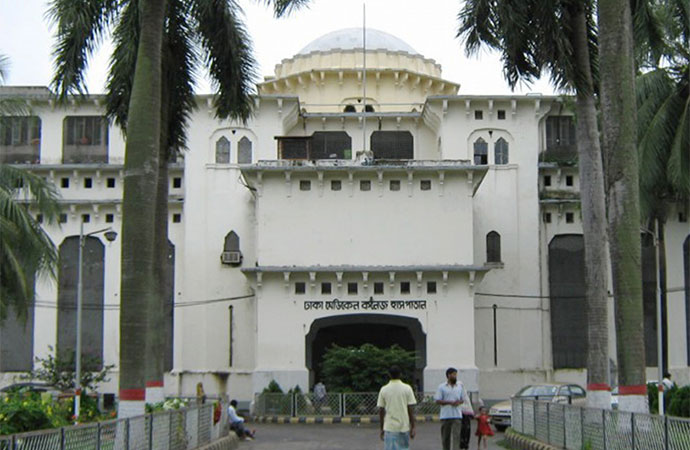 The European Union has expressed concern that some of the Digital Security Act provisions risk going beyond the stated purpose of fighting digital crimes in Bangladesh, according to a joint press statement issued from Brussels and Dhaka on diplomatic consultations between the EU and the Bangladesh government held in Brussels. It stated that the EU also inquired about certain ongoing trials under the Digital Security Act. The Bangladesh side provided updates and shared its perspectives in this regard.

It said that democracy and human rights were 'shared values' between the two sides. The EU encouraged Bangladesh to implement the recommendations made under the UN mechanisms during the last universal periodic review on human rights. The two sides agreed to step up cooperation on climate action, digitalisation, connectivity and security, taking into account the EU Strategy for Cooperation in the Indo-Pacific. In this regard, both sides discussed initiating a regular political dialogue for providing strategic guidance and intensifying foreign and security policy cooperation.

Posts and telecommunications minister Mustafa Jabbar said the fifth-generation (5G) technology for broadband cellular network will be launched in Bangladesh on a trial basis this year. The minister revealed the information at 'BSRF Dialogue' organised by the Bangladesh Secretariat Reporters Forum (BSRF) at the media centre of the secretariat on Wednesday. "You'll be happy to know that state-owned telecom operator Teletalk will launch the fifth-generation (5G) technology on trial basis," Mostafa Jabbar said, adding that the government will arrange an auction for 5G spectrum for other operators in 2022.

Jabbar said Teletalk has already prepared five sites. Announcing plans to introduce 5G technology in areas with special needs, the minister said, "5G is not just a common technology, it's the highway of all technologies." The 4G network will meet the general needs of voice calls and internet. "We'll expand it in 2022 and a spectrum auction will be held in the first quarter of 2022. Hopefully, all operators will be able to develop 5G technology from 2022."

Although BNP is not participating in the UP elections as a party, some 311 leaders and activists of the party are contesting the elections as independent candidates. On the contrary, 101 Jatiya Party (JaPa) candidates are in the race. In the second phase, the ruling AL has nominated candidates in the chairman posts of all of 848 UPs. Out of this, flouting the party's decision, many AL leaders and activists have submitted nomination papers to contest for the chairman posts.

The prevalence of stroke has increased four times over the past decade in Bangladesh as 11.39 people per thousand population suffered a stroke in 2021, according to a paper presented at a workshop held at Dhaka Medical College Hospital. In 2011, three out of every thousand people suffered the disease, the 3rd leading cause of death in Bangladesh, where mortality caused by stroke, official estimates showed, doubled in 2020 compared with the year before. Following a 100 per cent increase in stroke incidents in low and middle-income countries over the past 40 years, the World Health Organisation predicted that the countries would account for 80 per cent of global stroke toll by 2050.