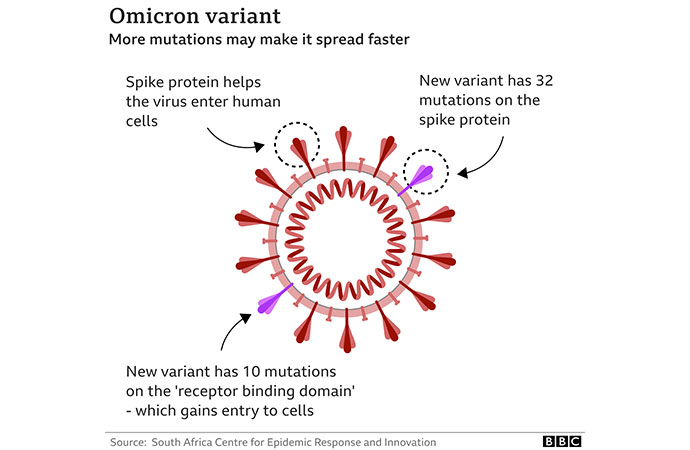 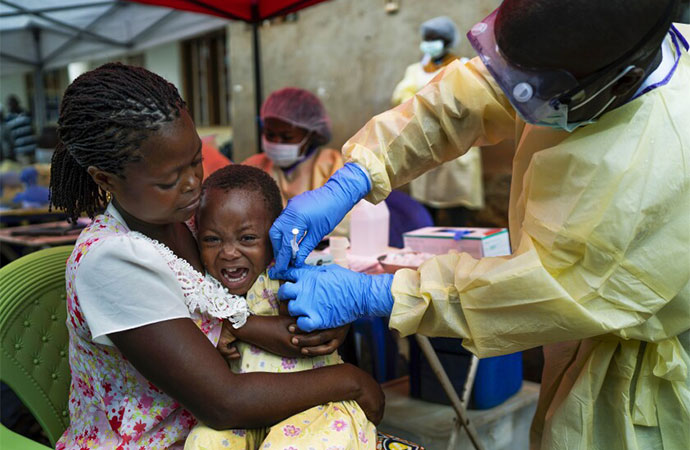 Soaring infections in Britain driven in part by the omicron variant of the coronavirus rattled Europe on Thursday, prompting new restrictions on the Continent and fuelling a familiar dread on both sides of the Atlantic about entering a new phase of the pandemic just in time for the holidays. Much remains unknown about omicron, but officials increasingly warn that it appears more transmissible than the delta variant, which has already put pressure on hospitals worldwide. With so many questions unanswered, uncertainty reigned over how quickly and how severely to crack down on Christmas travel and year-end parties.

After the U.K. recorded its highest number of confirmed new COVID-19 infections since the pandemic began, France announced Thursday that it would tighten entry rules for those coming from Britain. Hours later, the country set another record, with a further 88,376 confirmed COVID-19 cases reported Thursday, almost 10,000 more than the day before. In England, the chief medical officer urged people to limit who they see in the festive period. Pubs and restaurants said many people were heeding that advice by cancelling Christmas parties, though there has been much debate about what's OK to do. In the U.S., the White House insisted there was no need for a lockdown, despite signs that omicron was gaining ground there.

Congolese officials on Thursday announced an end to an Ebola outbreak that had killed at least six people since October in the latest health challenge confronting the country's restive east. The most recent outbreak erupted in North Kivu province, the same part of Congo where more than 2,200 people died during an earlier Ebola epidemic that began in 2018. Congolese health workers had been able to "limit widespread infections and save lives," Dr. Matshidiso Moeti, the World Health Organization's regional director for Africa, said.

"Crucial lessons are being learned and applied with every outbreak experience," she said. Research has shown that the first case from the latest outbreak "likely represented a new flare-up of the 2018-2020 Ebola outbreak due persistence of the virus in the community," WHO said Thursday. Scientists have previously documented Ebola survivors who inadvertently infected others long after they had recovered. For example, health officials have warned that the virus can persist in male survivors' semen for more than a year.

The remaining members of a U.S. missionary group who were kidnapped two months ago in Haiti have been freed, Haitian police and the church group said. The spokesman for Haiti's National Police, Gary Desrosiers, confirmed to The Associated Press that the hostages had been released, but did not immediately provide additional details. "We glorify God for answered prayer - the remaining 12 hostages are FREE!" Christian Aid Ministries said in a statement. "All 17 of our loved ones are now safe."

A convoy of at least a dozen vehicles, including U.S. Embassy SUVs and Haitian National Police, brought the missionaries to the Port-au-Prince airport late Thursday afternoon from the missionary group's offices in Titanyen, north of the capital. Earlier, people at the Christian Aid Ministries campus could be seen hugging each other and smiling. News of their release spread quickly in and around Berlin, Ohio, where CAM is headquartered. "It's an answer to prayer," said Ruth Miller, who was working at the front desk of the town's Amish and Mennonite Heritage Center.

Omicron in Bangladesh: Can we tackle it?