Standing with the Tiger 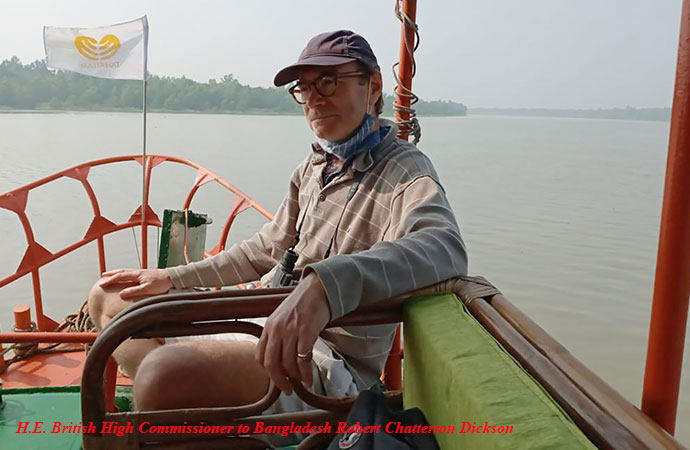 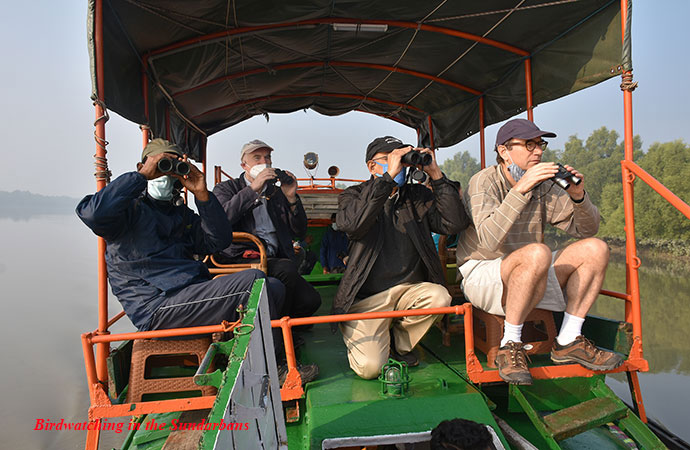 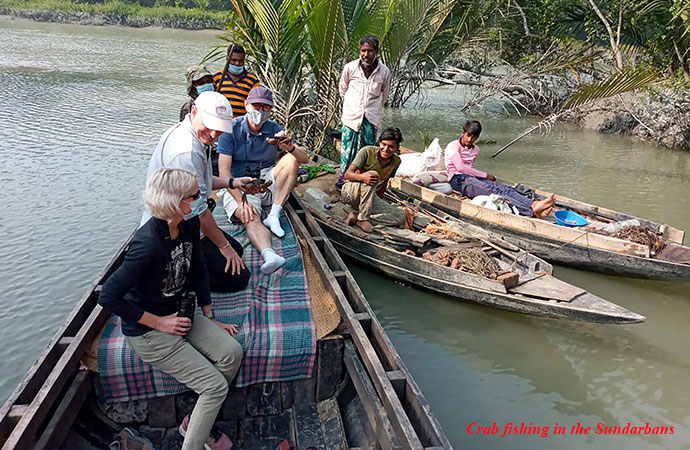 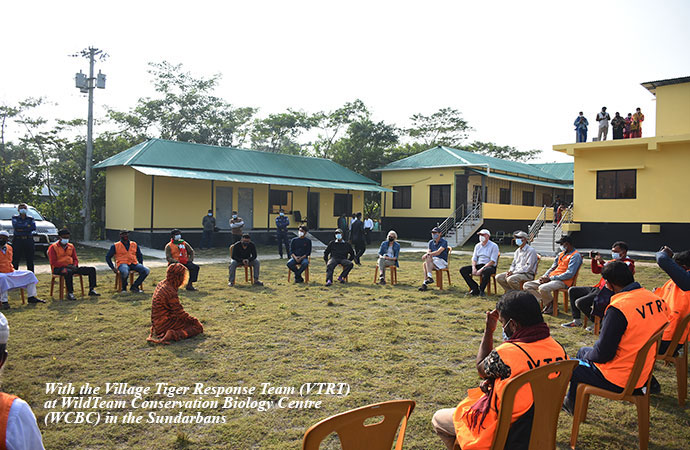 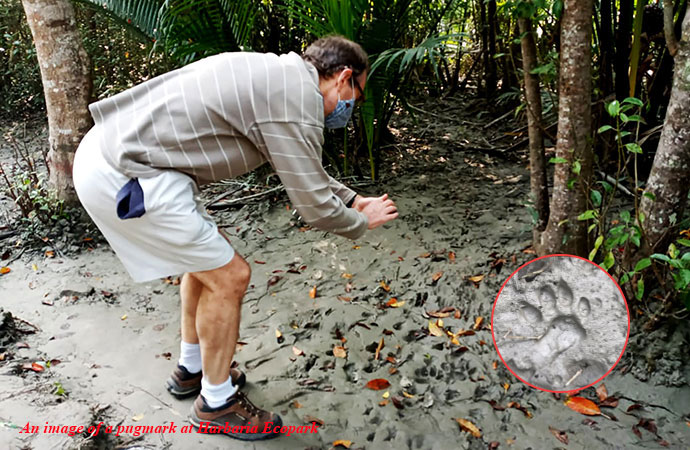 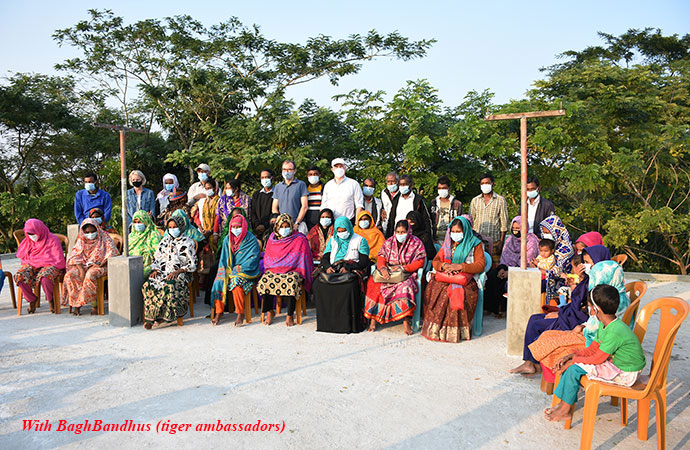 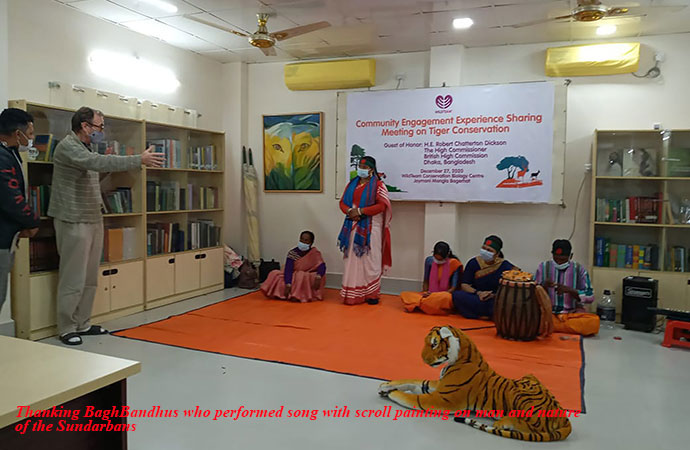 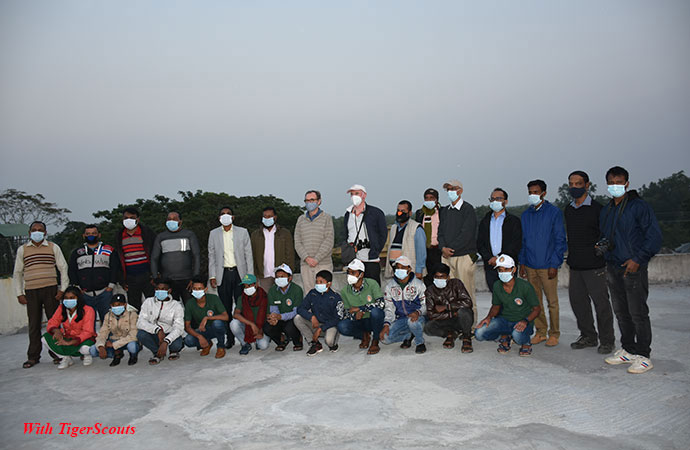 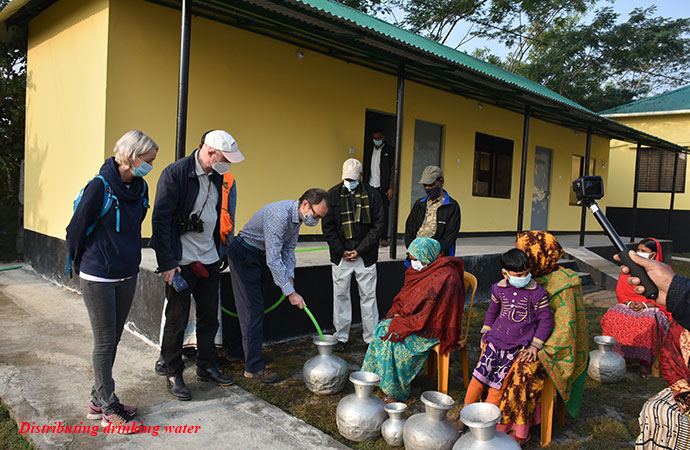 As the year of the pandemic drew to a close, WildTeam, the action-oriented conservation group, hosted a British delegation on a tour of the Sundarbans, the world's largest mangrove forest.

Touching through Joymoni, Chandpai, Mongla, Bagerhat, the main purpose of the four-day visit (December 27-30) was to showcase WildTeam's pioneering work in the field of tiger conservation, that has earned it international recognition. More importantly, the work may have contributed to at least halting the disappearance of the majestic Royal Bengal Tiger, a storied creature of Britain's former empire that has been on the IUCN's 'critically endangered' list for a long time now.

The number of Bengal tigers in the Bangladesh part of the Sundarbans has increased slightly, according to the latest tiger census. The number rose to 114 in 2018, up from 106 recorded during the previous survey in 2015.

Leading the delegation was the UK's High Commissioner to Bangladesh, H. E. Robert Chatterton Dickson, who has won hearts in Bangladesh with his ease of manner and engaging nature throughout his time here.

He was joined on the tour by John Warburton, Team Leader and Senior Adviser in the Extreme Poverty, Resilience and Climate Change programme of DFID, the UK government's international development agency that naturally does a lot of work in Bangladesh, and Anna Ballance, who work as the Climate and Environment Adviser to the same DFID programme.

Once there, the bewitching aura of the mangrove in winter took one's breath away. The High Commissioner was particularly swayed by the sheer richness of biodiversity you encounter. Occasionally he expressed his feelings at a slew of cultural programmes organized by the community-based volunteers' groups.

"WildTeam's Tiger heroes are communicating conservation science in social settings, which is not an easy task. The world can learn from this wonderful example of community-based engagements in the protection of biodiversity and the environment," he said at one of these stops.

On December 27 the British delegation arrived at WildTeam Conservation Biology Centre (WCBC) in Joymoni, and participated in an introductory meeting.

Enam Ul Haque, Chairman of WildTeam, remarked that WCBC will work as a hub for young conservation professionals, researchers, and community volunteers. The meeting followed by a walk down the riverbank, during which they observed mud crab-farming in a village.

Day 2 started with a trip to the Sundarbans. The visitors met with the Village Tiger Response Team (VTRT), and BaghBandhus (tiger ambassadors), followed by a cultural programme.

In 2007 WildTeam formed the VTRT for managing human-tiger conflict in the villages. Currently, there are 49 such teams totalling 340 members, including 20 women, positioned across the periphery of the Sundarbans. WildTeam also formed BaghBandhus to improve community engagement and raise awareness within the community. Currently, 55 BaghBandhus are promoting conservation education among the society.

On 29 December 2020, the tour party visited Harbaria Ecopark in the Sundarbans. Enamul Haque, ACF, range officer, Chandpai Range, greeted them at the Park. In a canal, the high commissioner visited the boatmen in two small boats, who were collecting crabs, and learned about their life and livelihood.

Later he visited the Sundarbans Education Centre at Joymoni High School, and met with the TigerScouts. WildTeam formed TigerScouts with secondary school students from Sundarbans villages. Currently, there are 40 TigerScouts in the Sundarbans, to educate school children to build an environment-friendly future generation.

On the morning of December 30, Mr Dickson distributed drinking water among the local villagers at WCBC premises. Due to increasing salinity, there is an acute drinking water crisis in most parts of the Sundarbans. WildTeam took the initiative to build a modern desalination plant there, with support from a philanthropist. This plant has been supporting about 150 families with free pure drinking water.

In his travel notes on social media, the British high commissioner wrote on December 30: 'Nature based solutions have a key role to play in preserving the planet. Just had a great visit #WildTeam to see their work with the local communities to protect the Sundarbans. A chance also to see this incredible wilderness up close'. He also used the hashtag #iStandforTigers (on Twitter).

It could serve as a befitting message for the people in conservation and beyond. WildTeam has been working with the community and stakeholders to conserve the Tiger and its habitat; protecting biodiversity by supporting the people of local communities, and engaging the community in conservation efforts are the best tools to protect a fragile ecosystem like the Sundarbans. It is an objective that will remain unmet unless we are all signed up for the long haul on this journey.

Tanver Hossain is a WildTeam volunteer, and a communication specialist