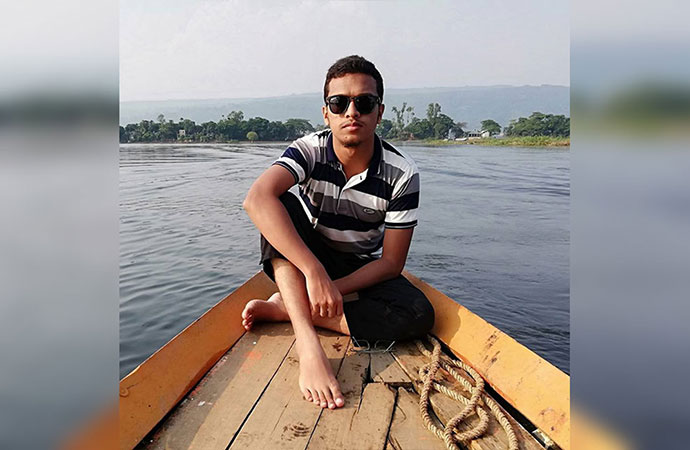 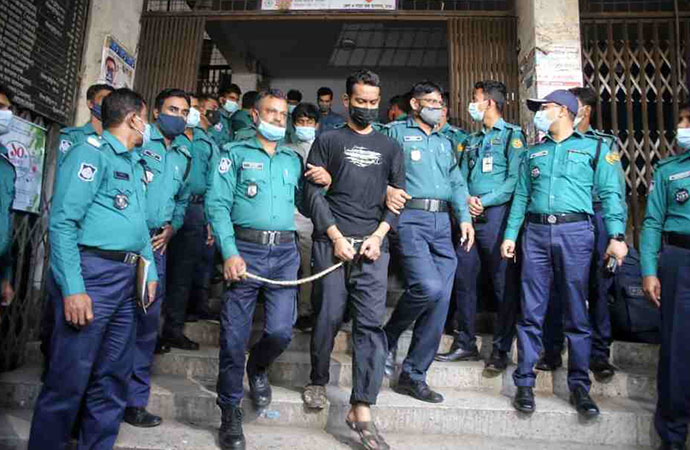 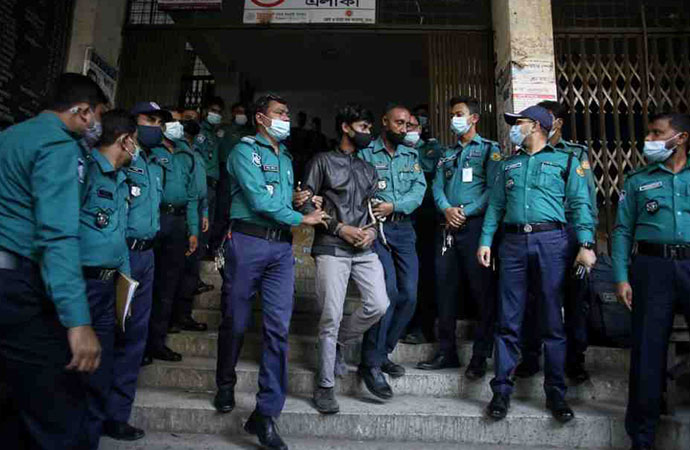 A Dhaka court on Wednesday sentenced 20 young men to death and five others to life imprisonment for killing a 21-year-old student of Bangladesh University of Engineering and Technology (Buet) in October 2019.

Judge Abu Zafar Md Kamaruzzaman of Dhaka Speedy Trial Tribunal-1 handed down the punishment to the 25 men after holding them guilty of second-year engineering student Abrar Fahad's murder. Three of the convicts were tried in absentia.

Of them, Jisan, Tanim and Rafid are still absconding. On the other hand, Muhtasim Fuad, Md Akash Hossain, Amit Shaha, Ishtiak Ahmed and Mohamad Moaj were sentenced to life in jail. The court also imposed a fine of Tk 50,000 on each of them.

On November 28, the tribunal deferred till December 8 the pronouncement of the judgment in the case.

Earlier in the day, police produced the 22 men in the court. Also present in the court was Abrar's father Barkat Ullah. "I am satisfied with the judgment and demand the execution of the 20 at the earliest," he told the media outside the court.

According to the prosecution, Abrar, the second-year student of Electrical and Electronics Engineering at Buet, was beaten to death by Bangladesh Chhatra League leaders at Sher-e-Bangla Hall in 2019.

He was found dead on the staircase of the hall in the early hours of October 7, after he was taken to room No-2011 around 8pm on October 6 and beaten mercilessly.

On October 7, an FIR for murder was lodged at the Chawkbazar police station against 19 people, following a complaint from Abrar's father Barkat Ullah.

On November 13, 2019, Detective Branch (DB) inspector and investigation officer of the case Wahiduzzaman submitted a chargesheet against the 25 accused.

On September 15, 2020, the court framed charges against the accused. The court recorded statements of 47 of the 60 witnesses in the case.

1.
From the Editor-in-Chief: At the tipping point
2.
20 to die for killing Buet student Abrar
3.
A ‘gunfight’ too far
4.
How many bodies fell before it was noticed?

Bangladesh to get increased cooperation from India: ...