Getting worse, before it gets better 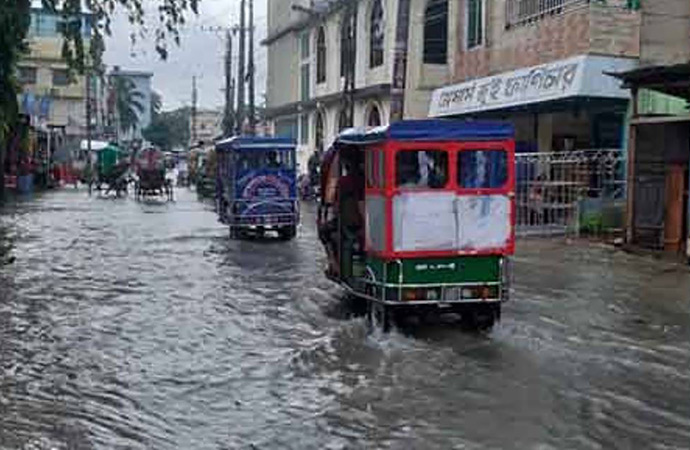 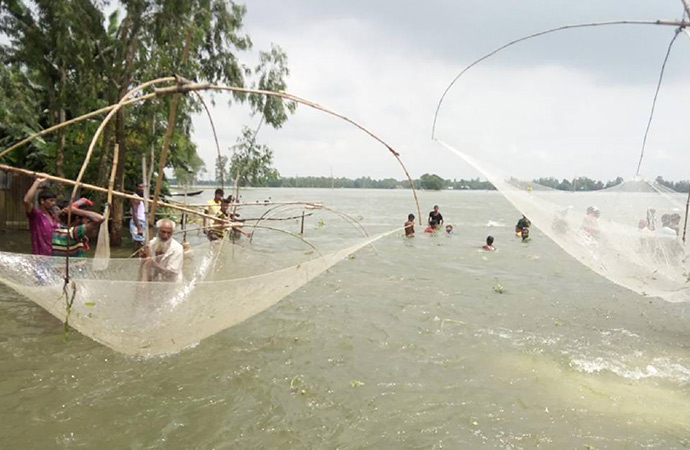 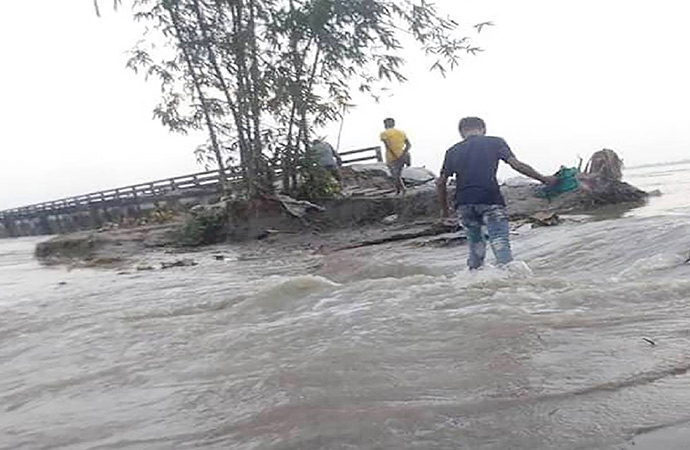 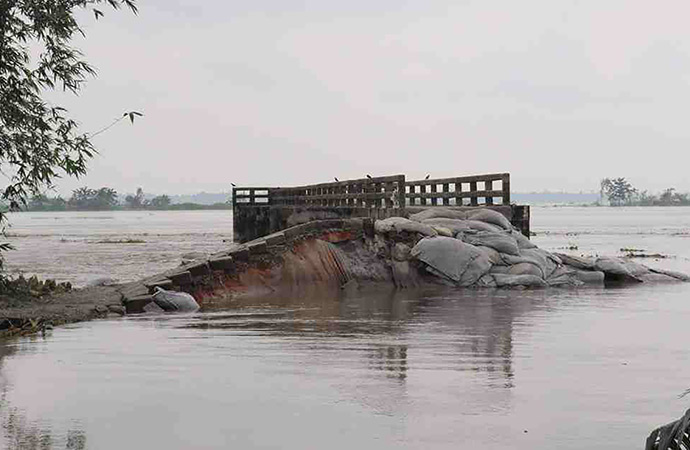 The overall flood situation in Kurigram, Natore, Bogura and Sherpur districts have deteriorated further due to rise in water levels in various rivers, cutting off road communications at places and leaving thousands of people marooned.

According to Flood Forecasting and Warning Centre, the situation is likely to worsen further in Kurigram, Gaibandha, Sunamganj, Sylhet and Netrakona districts in the next 24 hours while it will remain unchanged in Bogura, Jamalpur, Sirajganj, Tangail, Manikganj, Natore, Munshiganj, Faridpur, Madaripur, Rajbari, Shariatpur and the low-lying areas of Dhaka district.

In Kurigram, the Dharla River was flowing 63cm above its danger level at Bridge point while the Brahmaputra 50cm beyond the red mark at Chilmari and 38cm above at Nunkhawa points on Wednesday. That means the situation is unlikely to improve overnight, said an official.

Besides, houses of 200 families at Burirhat in Razarhat upazila were flooded as 50 metres of a 350-metre spar along the Teesta River at Burirhat point was washed away by floodwater.

Though the authorities concerned have been placing sandbags for protecting the spar point but strong currents made the effort harder, forcing many people to move to safer places.

Ariful Islam, executive engineer of Kurigram Water Development Board, said a portion of the spar was washed away by the strong current and steps will be taken to repair the spar once the floodwater recedes.

According to the District Relief and Rehabilitation Office, some 475 villages in nine upazilas have been flooded this time while 500 families are at risk of riverbank erosion. Besides, 55,000 houses were affected by flooding and riverbank erosion.

In Sherpur, two people died in separate incidents in Sadar and Nakla upazilas.

Of the deceased, Bhushi Mia, 50, of Bausha area in Nakla upazila died at Mymensingh Medical College Hospital as a snake bit him while fishing in the floodwater, said Zahidur Rahman, UNO of Nakla upazila.

Besides, Umela Begum, 50, wife of Abu Bakar of Kandapara in Sadar upazila, drowned in the floodwater.

In Natore, the flood situation worsened further due to the increase in water levels in all rivers, leaving several hundred people marooned.

The Atrai River was flowing 74cm above its danger level in the district, inundating houses along the river in Singra municipality area.

Most people in Singra upazila have taken shelter in different government schools.

In Bogura, the Jamuna River started swelling again as its water was flowing 86cm above the danger level at Sariakandi point on Wednesday noon.

According to the district administration, 25,750 families in 12 unions and one municipality of Sariakandi upazila; 4,960 families in three unions of Sonatala upazila; and 622 families in two unions of Dhunat upazila have so far been affected.

Besides, the floodwaters have inundated 8,831 hectares of cropland in the district.

Meanwhile, the United Nations Office for Coordination of Humanitarian Affairs (OCHA) in a briefing feared that nearly half of all districts in the country will be affected in the coming weeks.

The OCHA made the estimate after scrutinising the overall flood situation.