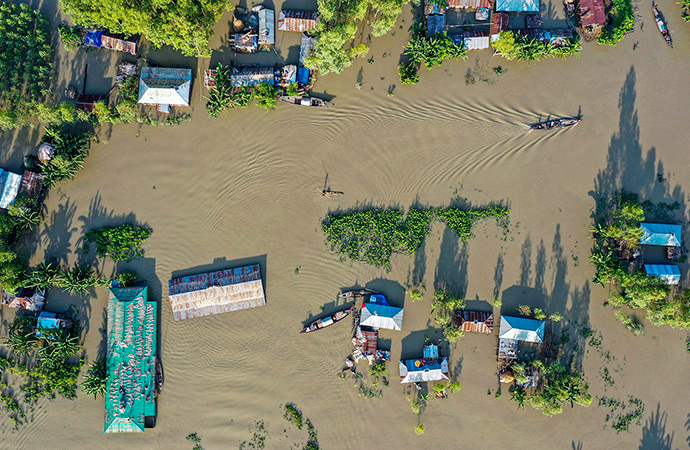 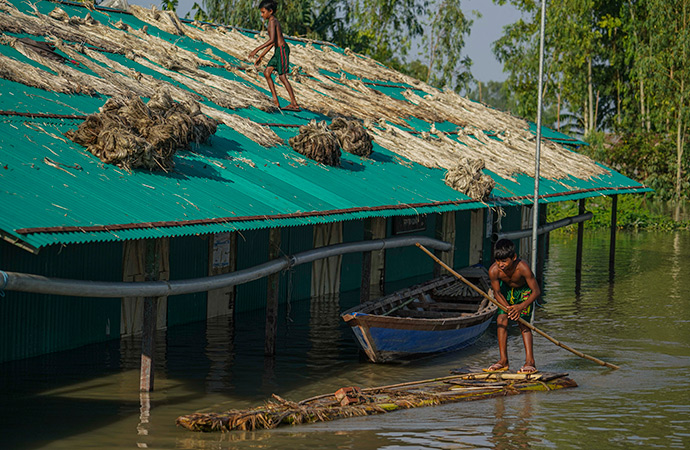 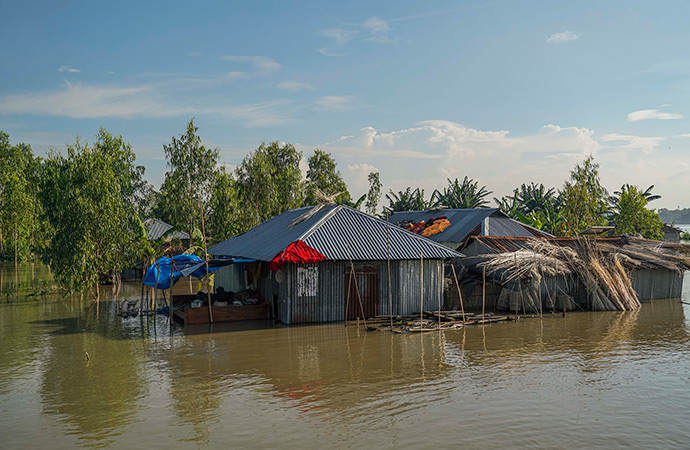 In 2020, flooding has begun in Bangladesh. At the end of May, Amphan swept from beginning to end the country. Over 2.4 million people were evacuated to enduring and impermanent shelters before the cyclone hit, and over 200,000 houses were fully damaged. Coordination with local governments and health facilities is critical for communities to seek advice on how to enable access to health services. All natural exhortations come as Bangladesh braces itself for particularly heavy rain, among fears that the rising approach in water levels of major rivers might persist. Flooding hit several northern districts in late June after heavy rain in the country and river catchments in India. Jamalpur, Kurigram, and Gaibandha districts were the worst affected, with some flash flooding also reported in the Sylhet and Sunamganj districts.

Since then, flooding has been reported in several other districts. In line with a report by Network for Information, Response and Preparedness Activities on Disaster (NIRAPAD), a total of 1,012,775 people have been affected and 221,158 households marooned. The affected districts include Lalmonirhat, Kurigram, Gaibandha, Nilphamari, Rangpur, Sunamganj, Sirajganj, Bogura, Jamalpur, Sylhet, Tangail, Rajbari, and Madaripur. According to the forecast, the country will witness a second wave of floods from July 11, which will submerge 23 districts of the country. Districts expected to witness flooding are Kurigram, Lalmonirhat, Rangpur, Nilphamari, Gaibandha, Sylhet, Sunamganj, Netrokona, Kishoreganj, Bogra, Sirajganj, Jamalpur, Tangail, Rajbari, Madaripur, Shariatpur, Chandpur, Munshiganj, Faridpur, Manikganj, Rajshahi, Natore, and Naogaon.

The flood situation may again worsen in the two northeastern districts of Sylhet and Sunamganj, with a break of just several days when the region witnessed short-term flood since last week of June, as the water levels of all major rivers in the upper Meghna basin started rising again because of the onrush of upstream water, together with heavy rainfall. World Bank predicts, 1 meter rise in the sea level will inundate 20% of its coastal region leaving 25 to 30 million people without home, without jobs. As per World Bank's "South Asians Hotspot Published in September 2018" more than 3/4 quarters or 134 million out of 165 million population of Bangladesh or 82% are at risk of declining living standards as a result of erratic climate change, rising temperature could affect living standards in diverse way.

The decline in living standards as a result of changes in average weather could cost a loss of 6.7% or 171 billion of Bangladesh's GDP by 2050 unless actions are taken to reduce emissions and global annual average temperature increase. In fact, cost of inaction will be highest for the severely affected regions, amounting to 59 billion or 14.4% loss in GDP by 2050. If the current trend is not reversed, then nearly 800 million people of South Asia will be affected and if corrective actions are taken, then around 370 million would be affected.

In 2017 when flash flood inundated the Haor area, 75% of its crop was inundated resulting in loss of 22 lakh tons of rice, 11 lakh 35 thousand families were affected, 2 thousand tons of fish and 30 thousand ducks were killed. In fact, loss was estimated at Tk, 13,000 crore or $ 1.5 billion. As per Climate Risk Index of German Watch during 2000-2011, nearly 70 million people of Bangladesh were affected by erratic climate disaster costing BDT 50,000 crore or $ 6 billion. This means due to climate disasters, Bangladesh losses 4000 crore or 500 million a year. In fact, owing to climate disaster, nation's GDP is negatively affected on average by 1.8%.

As Bangladesh is one of the most vulnerable countries in terms of climate vulnerability, Prime Minister Sheikh Hasina has been taken actions to live with natural disasters. She adopted "Climate Change Strategies and Action Plan" as early as 2009. She also involved communities and created 6 thousands well trained volunteers and erected nearly 3,800 cyclone Shelters. Our country erected embankments to nearly 70-80% of coastal areas and arrange irrigation facility in 80% of its cultivable areas. Context demands to develop flood resistant salinity resilient crops, empower flood affected people, promote covid-19 health services, pure potable water, proper sanitation to adopt with climate change and pandemic for social welfare.

The Writer is an Environmental Analyst and Associate Member, Bangladesh Economic Association.

Are we accommodating the Coronavirus?